When History is Not Helpful 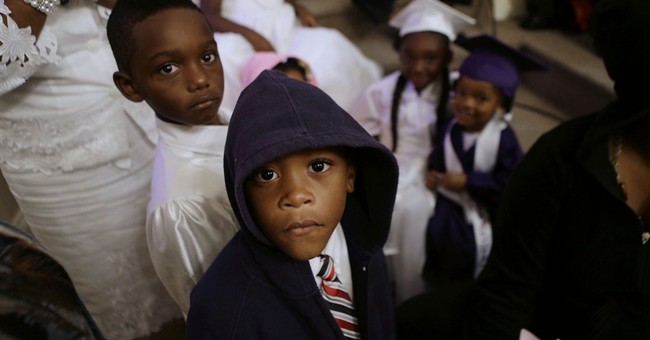 History can be a tricky thing.

As a nation, we are growing historically illiterate. It’s easy to blame schools, but we are also running out of parents who care that their sons and daughters know what the thirteen original colonies were or where the first shots of the Civil War were fired.

History is precious. It is our legacy, and it contains lessons that can help us plot a brighter future.

But in the days since the Zimmerman verdict, objectors are pointing to “history” in a way that hampers clarity and actually hurts race relations.

Surely you have heard voices protesting the jury’s findings with logic that loosely follows this path: Trayvon Martin simply must be an innocent victim and Zimmerman must be a hostile racist because of years of past white racism against blacks.

So, slavery and Jim Crow laws and separate restrooms and various random acts of residual racism today are all cobbled together to support a conclusion that George Zimmerman is a murderer.

There, in a nutshell, is the biggest obstacle to this “conversation” about race that we are all supposed to be having. Some people are walking around with a willful impediment to informed participation in such dialogue. Their sense of logic is impaired by politics or personal struggle or any of a number of other factors distracting them from the actual evidence in the case.

People can be all over the map on general issues of race in our politics, our justice system and our daily lives. But there is simply no avoiding the complete absence of evidence that Zimmerman is a racist who was motivated by animus toward blacks the night he shot Martin, or any other night.

While I can see certain pockets of public reaction blinded by such biases, I cannot condone a President of the United States buying into this poisonous distraction and leading the excuse-making for it.

In his divisive remarks last week, Barack Obama relived the times when he was followed in department stores or regarded suspiciously by people locking cars or clutching their handbags as he walked by.

I have eternal empathy for anyone with that story to tell. I cannot imagine the sadness and anger it can instill.

But here’s the problem: “Those sets of experiences inform how the African-American community interprets what happened one night in Florida,” the President explained. “And it’s inescapable for people to bring those experiences to bear.”

If that’s true, we are doomed.

It is precisely the responsibility of thoughtful people to avoid letting past events “inform” them about what is in front of their faces today.

History tells us what has happened in the past. It can guide us through the broad issues of today and teach us how to plot a better tomorrow.

But it does not, it cannot, be of use in telling us who was the aggressor in Sanford, Florida, in February 2012. The false premise of judging current events by past grievances is a nightmare we must escape as a society and as individuals.

The most useful tool I can offer is a turning of the tables in a fashion that might be appreciated by people “honoring” Trayvon and condemning Zimmerman because of a collection of unrelated issues from the past.

Consider a white police officer who has worked an inner-city beat for 10 years. Chances are he has witnessed a long succession of arrests of black men for a variety of crimes.

Today, he sees a young black man driving a Mercedes SUV in a high-crime part of town. Concluding this must be the result of an auto theft, he stops the man and questions him without one shred of probable cause.

This would be recognized as blatant prejudice today, filed under the contrived offense of “driving while black.” People of all colors would realize that this cop should not project guilt onto this driver just because he’s busted hundreds of guys like him in past years.

Nor should anyone lunge toward innocence for Trayvon and guilt for Zimmerman because of past (or even current) examples of blacks hurt by white racism.

It is an assault on logic, clarity and objectivity and worse, it sets us back in our quest for further racial progress.

It cannot be a good thing for the black community to harbor suspicions of white folks today because of things done by others through history. And it has not been helpful for whites to see troublemakers like Al Sharpton trying to lure black America to his baseless, hateful cause of stoking this verdict for his own narcissist satisfaction.

I replayed multiple times the YouTube video of NBA veteran and analyst Charles Barkley accepting the verdict and decrying how clumsy things get when the media prod us into racial discord. I revisited it not because it was so great to have a famous black man agree with me; it gave me hope that we may be able to gently dissuade those who would drag “history” into places where it does not apply.

At some point someday, a truly bad white person will shoot a truly innocent black kid. When that happens, I will join the lament of such a horrible act. I will not be restrained in my proper reaction because of high Afircan-American crime rates or because my Uncle Frank was mugged by a black guy in 1972.

If we can all get a grip on what history does and does not tell us, we might actually be able to make some progress.