A Glimmer of Hope for Conservatism 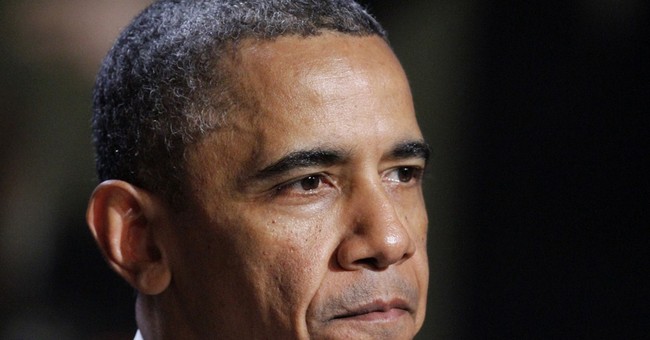 “That government is best which governs least.” Probably the best seven-word explanation of conservatism in the history of language. For that reason, you will often hear it attributed to Thomas Jefferson or Thomas Paine.

But it appears instead to be one of the more lucid moments of Henry David Thoreau, who may have been channeling essayist John Louis O’Sullivan or even Ralph Waldo Emerson.

Whoever. It’s a great quote. Use it often.

And these might be particularly opportune times to use it, because we may be witnessing a season in which some voters who have gladly lifted big-government Democrats to office after office may be tasting the bitter fruit of their habit.

Make no mistake. President Obama is still in the White House because millions of Americans are at the trough of free stuff paid for by others. Millions more may not feed at that trough, but they are glad it is there, nurturing a culture of dependency that is the foundation of the Democrat party’s future.

But among them are also plenty of people who are not so staunchly liberal, not so pathologically needy, not that ideologically wired at all.

They are the kind of people you may have had this chat with:

“Does our nation spend too much?”

“Do we have too many illegal immigrants?”

“Should the favored definition of marriage be between one man and one woman?”

“Do we need to get tough against terrorists?”

“Whom did you vote for?”

If you’ve had this conversation, it’s enough to make you crazy. How can people with a brain stem sufficient to answer those questions properly then vote for the man who wholly disagrees with them?

This is where you get to phony attributes like “Obama is cool,” “He cares about people,” “He deserves a chance to fix the economy” and other knee-slappers.

But this is also where you find the low-information voter’s equally false snapshot of Republicans: “They don’t like minorities.” “They hate gays.” “They’re only for the rich.” “They want to let industry destroy the planet.”

How do you cut through a fog that dense? With issues so blatant that even the half-awake can grasp them.

All of these carry some level of complexity, but they also carry a flaming common thread perceptible to millions across party lines-- government wildly out of control.

People who haven’t ever cared about tax policy care if the IRS is targeting a President’s enemies.

People who can’t find Benghazi on a map can detect when they are being lied to.

People who wouldn’t know Eric Holder from Eric Clapton will take notice if an Attorney General is sinking under the weight of his own malfeasance and dishonesty.

And people who didn’t care about Obamacare when it passed will start caring in 2014 when its tentacles wrap around their jobs, their health and their freedoms.

The election of 2012 was supposed to be a wake-up call to Republicans that they are wrong about almost everything.

But the real events of 2013 are evidence that massive government cannot run anything-- and conservatives need to run that ball right down the field against every Democrat at every level, starting immediately.

We can argue all day about tax policy, foreign policy, health care policy, and we should. But if the people on the leftward side of those debates are bringing us a government vast and unmanageable enough to really hurt people, that is the sound of opportunity.

As conservatives, it will take time for us to convince everyone we are not racists, homophobes, elites and corporate plunderers. We’ll stay vigilant on that.

But we can start today with an effort designed to appeal to a widely-shared voter desire-- a government that functions with some degree of competence.

Of course, 2014 should be about lower taxes, less spending, protecting the unborn and protecting Americans at home and abroad.

But if I can put it colloquially, the GOP message should feel something like this:

“Hey, America, how’s that second Obama term working out for you?

“Shoot, how’s it working out for HIM? The guy can’t turn a corner without tripping over another scandal. But you know what? We’re not here to bust on Obama. You may have even voted for him. Know what? We don’t care.

“But I’ll tell you what we do care about. We care that the country seems to be going down the tubes in a lot of ways. We are spending billions we don’t have, and it’s going to take shared sacrifice to get out of this mess.

“But Democrats don’t do shared sacrifice. They don’t do sacrifice at all, unless it’s reaching into your pocket so you can sacrifice a huge chunk of your money so they can build a government miles beyond what our Founding Fathers envisioned.

“And when that happens, government gets full of itself and starts to hurt you. The IRS punishing people? That’s not just a few people acting badly. That’s where human nature leads when a party in power knows it has a massive bat it can swing against the other side. The only way to prevent it is to get rid of the IRS as we currently know it.

“Snooping on reporters and God knows who else? Same thing. Most people are good, even in politics, but when government is big enough to use as a weapon against opponents, it’s going to happen. The only way to prevent it is to strip government down to the lean, efficient machine it is supposed to be.

“And guess what? We want to do that.

“You may not agree with every idea we have or every policy we suggest. But that’s okay. We’re Republicans. We beat up on each other all the time, about big stuff, little stuff-- truly. Go to a local Republican club. It’s like a big family arguing over the dinner table. We’ll find room for you somewhere.

“Our main point here is that in no way can you say government is working right now. Not enough real people are working right now! That’s another thing we do-- we create jobs. And we don’t scam you into thinking that government creates jobs. What a crock, and you know it’s a crock.

“You know who creates jobs? People like you! People who have ideas about a product or service, and all they need is the freedom to pursue a dream without government making it hard or impossible. When government gets out of the way, the resulting free markets can do amazing things. Give them a chance. Give our party a chance.

“We are probably not the same Republican party you were told to hate last year or last decade or when you were a kid. Mainly, it’s because people lie about us. The media lie about us, Obama lies about us-- pardon us for a second, but you may have friends or family members who lie about us.

“So here’s some truth. We’re trying to make government smaller because it works better that way. We think everyone should pay sensible taxes. It’s not sensible for people to get robbed because they are successful, and it doesn’t make sense for half the country to pay nothing. You know we’re right about this, so ignore the idiots who are going to demagogue about it and tell you we only favor the rich.

“Here’s how Republicans feel about rich people: we want everyone to have a chance to become one.

“We know we have a country tired of fighting a war on terror. But we’ll tell you this-- if we get lazy or give up, we’re going to have more 9/11s, and more attacks that will make other dates infamous. From al Qaeda, to murderers who will attack our ambassadors, to jihadist punks who will bomb our city streets, to radicalized monsters who would use their positions of trust in the military to kill fellow soldiers, we have to stay serious on all of this or more Americans will die. It IS that simple, and while there are a lot of ways to fight terror, surrender and withdrawal are not the way to do it.

“On energy issues, we’re very basic-- if it works, we like it. Oil and natural gas work, They are the main fuel of our entire economy. if there are alternative and renewable energy sources, we like those too-- but they have to actually work. And if they do, not a dime of your money needs to go to subsidize them.

“So let’s explore all kinds of energy, but we must focus on more American energy exploration, and that means conventional oil, shale oil, natural gas, the whole fossil fuels world. Anyone hostile to that is strangling our economy and we won’t have it.

“We want to do some things in society too. We think unborn babies deserve more protection than they get. We think if an evil lunatic shoots people, it’s not the gun’s fault. We don’t care who’s gay, but if a state wants to legalize gay marriage, the state next door has the right not to. If Group A is fine with homosexuality, but Group B bases its views on the Bible, we think both groups have the right to feel the way they do.

“That’s called liberty, and maybe you haven’t spent a lot of time thinking about it because your head is filled with phony platitudes about equality, inclusion, fairness and other concepts hijacked by people who are just trying to jam authoritarian government down your throat.

“So look, here come some elections. No matter what you may have done in 2012 or 2008 or whenever, sometimes it’s just time for a change. President Obama rode that to victory in 2008, and now we see what the change is, and it’s just not good, not right, and not taking the country where we need to go.

“So we’re ready to give it a shot. The change we’re talking about will not take away your liberties, it will restore them. It won’t ask for more of your money, in fact, we’ll need less. It won’t create obstacles to your success, it will clear the way for you to achieve it. It won’t make choices for you, it will leave those choices to you and your family.

“That’s what we’re offering. Give us a shot, and we promise we’ll do our best not to screw it up. We spend a lot of time talking about how current policies are destroying the nation we love. We know this is urgent, and we’re ready to do something about it.

“Tell you what. Vote Republican in 2014 and for our presidential nominee in 2016. If you don’t like what we do, fire us. But know this-- the things we’re doing are so we can actually leave our kids a better nation than the one we have now.”

Well, there you go.

That approach will either work or not, but I think we have a chance to win new supporters not long after many folks wondered if the Republican party could even survive.

The opportunity is created by the wild overreach of the left, and the sheer stunning corruption of its leaders.

The ball is in our court. People could well be looking for trailblazers to change the nation’s direction in 2014 and 2016. There is a talented class of conservatives on the rise at the federal and state level. They may never get a better chance to make their pitch.