The Beginning of American Freedom 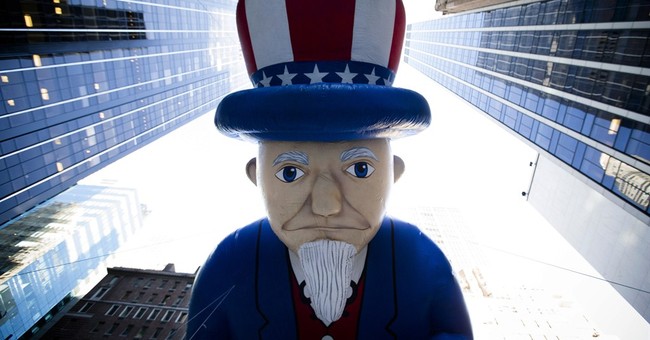 Thanksgiving is easily my favorite, uniquely American holiday. In prior years, I have written of the miraculous events that planted the seeds of liberty on this rich soil (see Thanksgiving Story here). Over time, the chronicles of the English Separatists describes the maize that rescued them and eventually became the hectares of corn that now feed the world.

While the Pilgrims were elated to finally arrive to the shores of North America, the Mayflower was an unwelcome site to the local tribes. The presence of a European ship sometimes meant profitable trading. But just as often, it meant betrayal, murder, disease, and enslavement.

This occasional outside element complicated the persistent ebb and flow of territorial squabbles among the coastal tribes. And the Puritans had little appreciation for how their permanent relocation to the deserted Patuxet village site would disturb the regional balance. Seemingly inconsequential actions, such as eating from an abandoned store of corn were noted by the natives as aggressive theft.

The English-speaking Squanto, whom William Bradford referred to as “a special instrument sent of God,” facilitated an agreement for coexistence between the Pilgrims and the local Wampanoags. The treaty was an enterprising move by the sachem (chief) Massasoit. While the Pilgrims were few in number, the pact gave the Wampanoags a leg up on neighboring tribes toward future dealings with the unpredictable English traders.

The treaty consisted of six terms; “(1) That neither he nor any of his, should injure or do hurt to any of their people, (2) That if any of his did any hurt to any of theirs, he should send the offender that they might punish him, (3) That if any thing were taken away from any of theirs, he should cause it to be restored; and they should do the like to his, (4) That if any did unjustly war against him, they would aid him; and if any did war against them, he should aid them, (5) That he should send to his neighbours confederates to certify them of this, that they might not wrong them, but might be likewise comprised in the conditions of peace (6) That when their men came to them, they should leave their bows and arrows behind them.”

The treaty became large news among the local Indian nations. And that fourth clause gave William Bradford a new measure of confidence in traveling about the region. But it did not eliminate risk for the new frontiersmen.

In late July, some nine months after their arrival to Plymouth Rock, 16-year-old John Billington became lost in the forest. After five days of surviving on his own, the young Pilgrim was discovered by the Manomets. The teen was soon handed over to the Nausets who held claim to the area where the Pilgrims had settled. The Nausets conveyed a message to Bradford saying, “You stole something of ours; Well, now we have something of yours.”

It took days for the party of ten Pilgrim men to make their way to the Nauset village on the coast, some twenty miles to the south. Before they made it to dry land, the shore became populated “by a huge number of Indians.” Aspinet, the Nauset sachem, waded out to the Pilgrim’s light sailboat escorted by more than one hundred of his men. One Indian was carrying John Billington, who was in good health and wearing a necklace of shell beads.

Another one of the men who accompanied Aspinet had been the rightful owner of the corn that the Pilgrims lived on during the harsh winter. Three matters took place in the brief interaction with Aspinet. The Pilgrims presented the sachem with a knife in exchange for the young Billington. The Pilgrims learned of their offense regarding the corn and, in the spirit of the third clause of their treaty with the Wampanoags, arranged for compensation to its owner. But most disturbing, Aspinet informed the Pilgrims that the Narragansetts had captured their protector, Massasoit, and had killed several of his men.

The Narragansetts were observed to be the most powerful tribe of the region. And on returning to Plymouth, the news worsened. A warrior named Hobbamock literally ran for fifteen miles to share his fear that Squanto was dead. An ally of the Narragansetts sought to break Massasoit’s alliance with the Pilgrims. And Hobbamock had escaped at the moment that they held a knife to Squanto’s chest.

The fourth clause of the Pilgrims’ treaty with the Wampanoags went both ways, “That if any did unjustly war against him, they would aid him; and if any did war against them, he should aid them.” For months, the Pilgrims had lived under the tacit protection of Massasoit and now the obligation fell to them. Calling it “not fit to be borne,” Bradford directed that the most capable group of Pilgrim men descend on the village of Mattapoisett with the goal of capturing their sachem, Corbitant.

The mission was beyond impossible, but it was successful. A heavy summer rain masked the sights and sounds of the Pilgrims as they snuck through the village in the dark of night to the largest wigwam in the center. The small team shocked Corbitant’s warriors with shouting and muskets blasting. Every warrior posted inside the wigwam fled in chaos, including Corbitant. At the conclusion of the brief skirmish, the Pilgrims stood in quiet control of the village. The only casualties were two injured Indians who voluntarily returned to Plymouth with the Pilgrims to receive medical attention.

The following days in late August returned much good news. Squanto was discovered alive and well, Massasoit had been freed, and the Pilgrims held a new stature among their new neighbors. The remnant of the English separatists had not only survived their first year in the new world, they had landed with a firm footing.

When the Pilgrims decided to pause in thanksgiving, one year after their arrival to America, it was the Wampanoags whom they invited to join them. Nothing for them was easier in America compared to their life back in the Nottinghamshire village of Scrooby, England. But they made no plans to return. It was their conviction to survive the savage frontier rather than suffer the oppression of a monarchy.