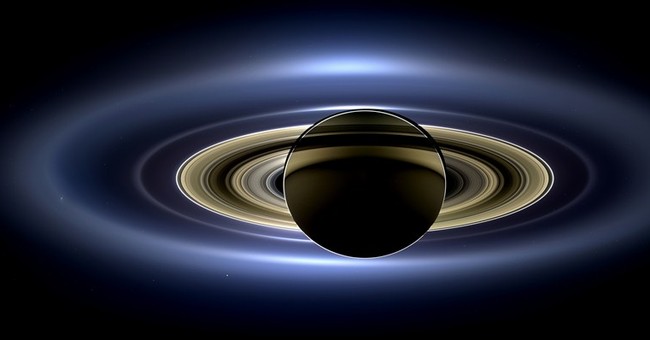 The Affordable Care Act that Joe Biden referred to as “a big you-know-what deal” has turned out to be a toweringly stupid scheme. It was not only a Brobdingnagian undertaking; It was stupid. Really, really stupid.

It was stupid because government-run health care is unnatural to a free people. Doctors, hospitals, ambulance services, and insurance companies are having to change the very way they do business for their customers. And the only reason that all of these free-enterprise agents are adapting to decreased efficiency is out of respect for law. There is no right way to implement Obamacare.

In the same week that the President recruited American software companies Google, Red Hat, and Oracle to come to the rescue of his personal Titanic, aerospace giant Lockheed Martin announced their reduction of engineering expertise by 4,000 employees. It should come as a surprise to no one except the utopians that Obamacare is disastrously sinking on its maiden voyage against the backdrop of the President’s deliberate retreat from the stars.

The dreams that presidents used to dream were lofty goals that would facilitate tremendous leaps of advancement by American citizens. Some dreams required pioneering heroes to take small steps toward giant leaps for mankind. But the year 2013 barely holds a distant memory of the glory days of Chuck Yeager, Neil Armstrong, Buzz Aldrin, Howard Hughes, John Kennedy and Ronald Reagan.

Thirty years ago, in between assignments at NASA’s Jet Propulsion Laboratory, I was fortunate to work for Howard Hughes’ Southern California based aerospace company. It was an inspired era in advancing technology and in the autumn of 1984 I stood within five feet of two historic satellites that had just been plucked out of the sky by America’s real space cowboys.

Nine months earlier, the space shuttle Challenger had carried the Hughes-built Westar VI and the Palapa B2 satellites to an altitude of 189 nautical miles. Within hours of leaving the Kennedy Space Center on February 3, both of the satellites were released from the cargo bay. Westar VI had the mission of providing voice and data relays across North America, Hawaii and the Virgin Islands. Palapa B2 was built to provide precious communications across the Indonesian Islands.

Both satellites had unfortunately been fitted with the same faulty perigee kick motor and both failed after a brief remote control ignition. So the satellites remained in a useless low-earth orbit just a few miles from each other. At an altitude of about 190 miles above Earth, they were 22,000 miles shy of where they needed to be.

The good news was that, since the manned shuttles were not designed for deep space missions, the languid birds remained within reach of a future passerby. The space shuttle Discovery was already scheduled to carry two more communication satellites into space that November. So their mission was expanded to swing by Westar VI and Palapa B2 after dropping off two Canadian satellites.

There was quite a build-up at Hughes leading up to the event. The chief satellite engineer was brought out of retirement, a special capture “stinger” device was designed, and T-shirts were printed up with a drawing of a baseball glove reaching out of a shuttle cargo bay to catch the satellites. It was an impossible feat that had never been attempted before and those involved exhibited every confidence that the plan would work. I knew by the language of the chief engineer who gave me my own personal tour that the return of those two, 22-foot tall machines represented one of mankind’s most impressive accomplishments. We marveled at the tiny holes where small meteors had struck them and tried to fathom their 119 million mile odyssey.

American ingenuity has achieved some astonishing results. We are inspired when the cause is worthy and the benefit is great. But there will be no successful repairing of Obamacare because there is no optimum configuration for it. Fixing the website would only give the public a favorable façade to a bumbling, big effing deal. I think American comedian Ron White put it best: “You can’t fix stupid.”