Natural Law, Free Will and Jerks 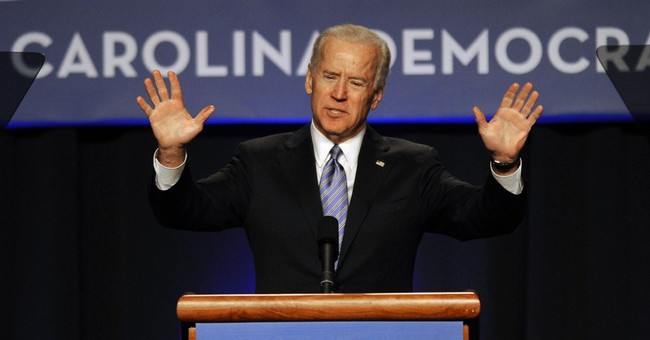 When pursuing the ideal configuration for social order, three realities must be considered: (1) Natural Law, (2) Free Will, and (3) Jerks.

In last week’s article, I explored Natural Law – the basis for our rights to Life, Liberty and the pursuit of Happiness.  I asserted that American Conservatism seeks natural order towards the assurance of liberty and that modern American Liberalism imposes order at the expense of liberty.  And I promised this follow-up article on understanding America’s evolution away from Natural Law.

Thomas Aquinas defined natural law as, “an ordinance of reason directed towards the common good...”  And for the most part, the post 19th Century of the Western World has demonstrated a decent sense of community.  But within the community are a few billion independent agents, all born with a healthy dose of free will. That liberty is usually expressed as respectful self-interest.  And if it weren’t for the occasional self-interested actor behaving as a self-serving jerk, we would have little reason to saddle ourselves with government regulations.

Many worthy theories have been proposed about the optimal arrangement for social interaction among people. And the most credible and comprehensive architecture of sociology that I have discovered is Dr. Del Tackett’s exploration in a video series that he calls The Truth Project.

What I appreciate most about Dr. Tackett’s depiction of the natural world view are his six spheres of social order; church, family, God & man, the state, labor, and community.  This arrangement is consistent with Thomas Jefferson’s sensitivities regarding the separate but interconnected components of human life.  And I find it particularly astute to call out “community” as distinct from “the state.”

America’s Founding Fathers, with Jefferson as the national wordsmith, gave us the succinct purpose for the people to establish a state: “Governments are instituted among men to ensure these rights.”  And those rights to be ensured by the state are the ones granted to every person by Nature’s God.  Life.  Liberty.  The pursuit of happiness.

So, finding its rangebound position among church, family, God & man, labor, and community, the state is entrusted with the power of deadly force.  That force is to be used judiciously to defend against encroachments upon the lives, liberties and pursuits of happiness by another citizen’s pursuit of happiness.

I live in the foothills of the Rocky Mountains.  Driving home one evening several years ago, I spotted two hunters in a field exercising their Second Amendment rights.  Their rifles were aimed at a mule deer buck.  While the hunters were standing in an open area, their position was not exactly wilderness.  About ½ mile beyond the buck was a public park with children on the playground and adults on the tennis courts.  The Sheriff’s deputies who responded to calls of concern wisely scolded the hunters for their shortsightedness, and directed them further into the forest.

The hunter incident was a classic example of the state appropriately asserting its position of power to ensure the lives of some citizens against an inconsiderate exercise of liberty from another citizen.  That same attribute of force, however, is also being used to compel some employers to provide certain forms of birth control as a health benefit to their employees, in conflict with their religious views.

This second example is not what Thomas Jefferson had in mind.  And in Dr. Tackett’s vernacular, the state has grown far beyond the role of its mission.  Marriage is the province of the church, and the state plays a wholly inappropriate role in licensing this institution of the church.  In a similar manner, providing education to our young citizens is the interest of the community and not a rational assignment to the forceful state.

But because the state is the component with ultimate power, it is the most difficult to resist encroachment.  America’s founders, along with every credible Natural Law philosopher before them, recognized Nature’s God as the source of our creation, our equity, and our rights.  But a self-important state expands its authority to control the community, the family, labor, and even the church.  Ultimately, an out-of-control state will seek to take the place of God in the lives of the citizens.  Thus, atheism becomes standard doctrine for totalitarian governments.

In an act of jealousy over the ultimate position in the social order, vain judges order the removal of the ancient chronicle of natural law, The Ten Commandments.  Government is instituted to protect us from the self-serving jerks.  Over time, self-serving jerks become the government.

“Let us, then, with courage and confidence pursue our own Federal and Republican principles, our attachment to union and representative government. Kindly separated by nature and a wide ocean from the exterminating havoc of one quarter of the globe; too high-minded to endure the degradations of the others; possessing a chosen country, with room enough for our descendants to the thousandth and thousandth generation; entertaining a due sense of our equal right to the use of our own faculties, to the acquisitions of our own industry, to honor and confidence from our fellow-citizens, resulting not from birth, but from our actions and their sense of them; enlightened by a benign religion, professed, indeed, and practiced in various forms, yet all of them inculcating honesty, truth, temperance, gratitude, and the love of man; acknowledging and adoring an overruling Providence, which by all its dispensations proves that it delights in the happiness of man here and his greater happiness hereafter—with all these blessings, what more is necessary to make us a happy and a prosperous people? Still one thing more, fellow-citizens—a wise and frugal Government, which shall restrain men from injuring one another, shall leave them otherwise free to regulate their own pursuits of industry and improvement, and shall not take from the mouth of labor the bread it has earned. This is the sum of good government, and this is necessary to close the circle of our felicities.”  From Thomas Jefferson’s First Inaugural Address