Marjorie Dannenfelser  |  Aug 15, 2019
The opinions expressed by columnists are their own and do not necessarily represent the views of Townhall.com.
Top Columns
Trending on Townhall Media 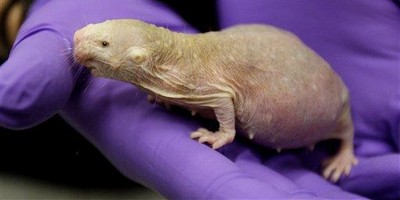 During Alexis McGill Johnson’s first interview as head of Planned Parenthood, the nation’s largest abortion business, CBS reporter Kate Smith asked a straightforward question: “What is Planned Parenthood…are they a political organization, or are they a network of health care?”

Like a consummate politician, Johnson – a seasoned activist and former board member of Planned Parenthood Action Fund (PPAF), the abortion giant’s political arm – didn’t give a straightforward answer. Regardless, Planned Parenthood’s true colors are showing. At the same time they dumped medical doctor Leana Wen and hired Johnson, they announced they would refuse to comply with President Trump’s Protect Life Rule, which stops abortion businesses from treating the taxpayer-funded Title X program as their private slush fund. Previously they provided 16 of the leading Democratic presidential candidates a forum to compete to prove their zeal for abortion. Their priorities are crystal clear: abortion, profits, and power.

Planned Parenthood violently ends the lives of more than 332,000 unborn children every year. Their health care offerings have long been declining, yet their financials have never looked better – something to keep in mind when they cry poor over the Title X funds they chose to forego. During fiscal year 2017-18 they reported a record income of $1.67 billion, with $244.8 million in excess revenue. $563.8 million of that revenue, or more than $1.5 million per day, came from the American taxpayer.

The other $631 million that comes from private contributions deserves a closer look. Among these donors are the type of ultra-wealthy Wall Street denizens pro-abortion Democrats love to rail against. Moreover, Planned Parenthood routinely shows up among the top spenders of “dark money” in recent elections.

Last month George Soros, one of Planned Parenthood’s best-known financiers, poured $5.1 million into a new super PAC – “the single biggest check any megadonor has cut so far during the 2020 election cycle,” Politico reported. The PAC will fund groups like Planned Parenthood and EMILY’s List that work to elect abortion extremists and lobby to expand taxpayer-funded abortion on demand through birth, an agenda so radical only a tiny minority of Americans agree with it.

Soros is hardly alone. Pro-life watchdogs have shed light on lesser-known funders like the John and Laura Arnold Foundation. Mr. Arnold is a hedge fund manager and former Enron trader. It is worth reading the story of how he parachuted away from the bankrupt energy company with an $8 million bonus and retired at the age of 38 to devote full attention to funding his personal causes.

The Arnolds recently gave between 5 and 10 million dollars to PPAF over a two-year period. Additionally, as much as $20 million went to four radical pro-abortion organizations, including Planned Parenthood and its research arm, during the same time frame and was categorized as charity.

Now pro-abortion billionaires like the Arnolds are finding new and creative ways to skirt rules that typically prevent private foundations from channeling money into politics and lobbying. Meanwhile, they can still max out personal contributions to pro-abortion Democrats’ campaigns, essentially doubling or tripling their vote.  Barack Obama, Beto O’Rourke, and Conor Lamb, as well as ex-Senators Heidi Heitkamp, Joe Donnelly, and Claire McCaskill have all been recipients of the Arnolds’ largesse.

(The Arnolds and McCaskill are evidently birds of a feather. Last year McCaskill’s campaign staff were caught on camera explaining how donations from Planned Parenthood were funneled through other organizations to preserve the senator’s “moderate” image.)

Small wonder Planned Parenthood could commit to spend at least $60 million in the last two election cycles combined. It is daunting to imagine what chance the average American voter stands against this pro-abortion onslaught. There is hope, though: The election of President Trump proved not everything can be bought and the will of the American people can prevail, even against all odds. The president deserves credit for his efforts to drain this dark corner of the swamp, breaking through the pernicious influence of Planned Parenthood and the abortion lobby in American politics. This election cycle, SBA List will go head-to-head with the abortion lobby in key battleground states to re-elect President Trump and defeat extremists in the states as well as in Congress. Though massively outspent, the pro-life movement has the winning message and momentum on our side. The day is fast approaching when we will stop the abortion industry’s taxpayer-funded ride once and for all.