The Renewable Fuel Standard: “Set Up For Fraud”

Marita Noon
|
Posted: Aug 01, 2016 11:15 AM
Share   Tweet
The opinions expressed by columnists are their own and do not necessarily represent the views of Townhall.com. 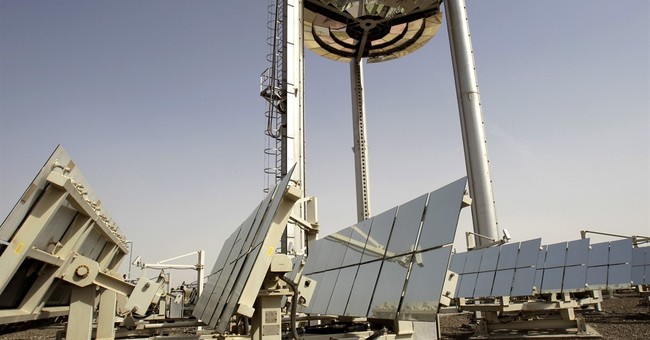 Wednesday, July 20, representing the latest fraudster to be convicted—but not the first and surely not the last—“a jury found an Indiana man guilty of securities fraud and other crimes connected to a massive biodiesel fraud scheme,” reported Greenwire. It turns out, Jeffrey Wilson and his multistate cohorts pretended to manufacture biodiesel, which allowed them to claim renewable fuel credits—known as Renewable Identification Numbers or RINs. The Department of Justice said Wilson’s actions resulted in a $20 million loss to investors, $140 million in revenue, and $56 million in criminal profit.

Due to years of reporting with Christine Lakatos, I know more than most about the corruption surrounding green energy, but I hadn’t followed of this. I dug further. I found stories of RIN fraud from Florida, Maryland, Nevada, Pennsylvania, and Texas.

The most interesting biodiesel fraud case may be that of Philip Rivkin, of Houston-based Green Diesel, who is now serving a 10-year sentence for selling fraudulent RINs. Over a seven-year period he concocted an elaborate scheme that included, according to Bloomberg: “a three-story steel skeleton crammed with pipes and valves”—some of which were not connected to anything. In late 2008, Green Diesel did reportedly produce a batch of about 130,000 gallons of biodiesel, but the quality was “too poor for commercial sale.”

Biodiesel RINs have become a valuable commodity because, as a result of the Renewable Fuel Standard (RFS), refiners are required to blend biofuels into the nation’s fuel supply and the RINs supposedly prove they’ve complied. Rivkin sold more than $78 million in sham RINs. He bragged about building a $500 million company without any debt. When he fled the U.S. in 2011, prior to his 2014 capture, he did so in his $3.4 million Canadair Challenger jet.

These cases of RIN fraud are just those who’ve been caught—but they all have a common thread. They aren’t the names we are used to in the green-energy corruption story like billionaires Warren Buffet and Tom Steyer or former politicos like Al Gore and Bill Richardson. They aren’t cronies who’ve used political connections to work the system. They are fraudsters who found a way to fortune through the flawed RFS—first enacted by Congress in 2005 and expanded in 2007—which contains a credit-trading program.

In a July 25 report on the RFS, Marlo Lewis, Jr., a senior fellow at the Competitive Enterprise Institute, explains: “Each gallon of biofuel produced is assigned a unique 38-digit Renewable Identification Number (RIN). When a refiner sells a gallon of biofuel in the motor fuel market, it earns a RIN credit. A refiner that does not meet its annual obligation by actually blending and selling biofuel can comply by purchasing surplus RIN credits from another refiner that exceeded its obligation.”

Because the law requires ever-increasing quantities of biofuel be produced—even beyond what consumers want or most vehicles can handle—RINs offer refiners a way to presumably meet the mandates while providing the market with what it wants. A graphic in the Bloomberg report explains: “Biodiesel RINs tend to cost more than ethanol RINs or other types because they are scarcer and can be used to satisfy multiple requirements under the Renewable Fuel Standard.”

“RIN swaps,” according to Bloomberg, “are usually agreed upon between companies, traders, and brokers via email, phone, texts, and chatroom messages.” The onus is on the buyers, “if the RINS are found to be fraudulent, the holder has to purchase new credits to replace the phony ones”—and the new credits must be purchased at the current price that may be higher than the original purchase.

Of course, the refiners’ purchase of RINs—and in the case of fraudulent RINs, the double purchase—is passed on to the consumer. We are stuck holding the bag for the fraudsters’ get-rich-quick scheme that is enabled by the RFS.

“Because refiners can buy them to satisfy their obligations to introduce renewable fuels into the national market,” Scott Irwin, an agriculture economic professor at the University of Illinois, according to The Morning Call, calls the RINs: “valuable.” He explains: “A combination of little regulation, the small-business nature of biodiesel producers and higher-than-expected prices for credits produced a rash of fraud. … It was kind of set up for fraud.”

Because the EPA, whose expertise is in things like oil spills and air pollution, isn’t equipped to handle these cases of sophisticated financial fraud, Bloomberg reports, it has reached out to the Commodity Futures Trading Commission—“which is itself stretched thin because of its responsibilities under Dodd-Frank.” The lack of oversight made the RFS biodiesel program a “government playground for con artists.”

The biofuel fraud is just one prong in the growing push for RFS reform. The economic and technical realities of the “blend wall,” as detailed in Lewis’ report, is another. On July 27, Bloomberg chronicled the history of the unlikely third prong: big green groups’ biofuel blunder. They’ve now turned against ethanol due to the agricultural runoff in waterways and conversion of prairies to cropland. Environmentalists, who once championed biofuels, are now seen as a factor in “improving the odds that lawmakers might seek changes to the program next year.”

Every politician in Washington talks about getting rid of waste, fraud, and abuse. Getting rid of the RFS would go a long way to achieving that goal.