Conservative Rising Stars in the US Senate Election

Marina Medvin
|
Posted: May 31, 2018 12:01 AM
Share   Tweet
The opinions expressed by columnists are their own and do not necessarily represent the views of Townhall.com. 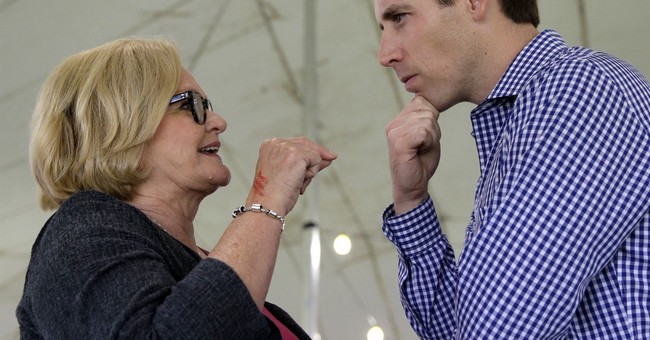 The upcoming US Senate election has produced some impressive Conservative Rising Stars under the age of 40. These candidates promise to keep your taxes low and your American pride high.

The following list explains the selection of each candidate as one of my top 5 Rising Stars.

Josh Hawley is a conservative Rising Star from Missouri. Josh is a 38-year-old lawyer, a devout Christian, married to a professor of law, and a father of two adorable boys. One month after entering the Missouri Senate race, Hawley received the endorsement of President Trump. In May, he was campaigning with Vice President Mike Pence. At age 36, Hawley was elected Attorney General of Missouri. Before that, he clerked at the Supreme Court for Chief Justice John Roberts. Hawley is the only attorney on this list and would be a tremendous asset to the Senate during Supreme Court Justice confirmation hearings.

Nick Freitas, representing my beloved Virginia, is a conservative Rising Star. Nick is a 38-year-old local Virginia delegate, married to his sweetheart, and a father of three. He calls himself a “liberty conservative,” and he has earned that title with his many debates on the Constitution and American freedom heritage. He has been endorsed by liberty Republican senators such as Rand Paul and Mike Lee. Freitas proudly completed two tours of duty in Iraq and has the support of Virginia’s service members. He also earned the support of the NRA for his fierce advocacy of the Second Amendment. He is a devout Christian and a family man.

Eric Brakey of Maine is the youngest Rising Star on our list. He is 29 years old, serves as a Maine State Senator, and has been called a conservative “wunderkind” by the Washington Examiner. He was first elected to the Maine State Senate in 2014 at age 25. Brakey is a liberty-Republican who has been endorsed by Rand Paul, Ron Paul, and the National Association for Gun Rights. He advocates for free speech on college campuses, limited Federal government, and criminal justice reform.

John James is a 36-year-old conservative Rising Star from Michigan. He is married, a father to two energetic boys, and a practicing Christian. James is an Army Captain and a West Point graduate. He has proven leadership skills through 8 years of service in the military and through leading his family business into $137 million in revenue. James stands for cleanly conservative values of classic constitutionalism, gun rights, and limitations on Federal spending. He has been endorsed by Marco Rubio, Mike Bishop, and Trump’s national security advisor John Bolton. As a business leader, James understands President Trump’s strategies for US businesses and respects Trump for keeping his campaign promises.

Austin Petersen is a 37-year-old liberty Rising Star from Missouri. A 2016 Libertarian Presidential candidate, he has since changed to the Republican party due to his pro-life conservative views. Petersen is a self-made businessman, wears jeans with blazers, has a sharp sense of humor, and makes selfie videos to explain his political positions. He is the most modern and accessible candidate on our list. Petersen is a revolutionary Republican candidate, having motivated thousands of young people to fight for conservative values, something that other Republicans have struggled to achieve.

These are young, driven, and hardworking candidates. Make sure to vote for them in the primaries. Republican primaries are coming up soon, so here are the dates for the candidates on this list: