Don’t Believe the 'Medicare for All' Farce

Marc Palazzo
|
Posted: Aug 02, 2019 12:01 AM
Share   Tweet
The opinions expressed by columnists are their own and do not necessarily represent the views of Townhall.com. 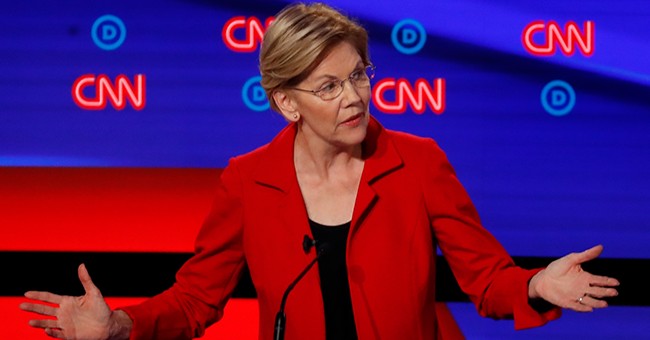 In Detroit this week, Americans got a second look at the many Democrats vying to replace President Trump. Time and again, they fell over each other making grandiose promises to voters – providing universal healthcare from trillions in new middle-class taxes chief among them. Whether through proposals such as Medicare for All, which bans outright all private insurance such as employer and union-provided plans, or others, such as Vice President Biden’s ostensibly “moderate” alternative to expand the Obamacare disaster to include a “public option,” their endgame is the same: socialized medicine in America.

Last week, The Detroit News reported on a recent poll showing a majority of Michigan voters oppose Medicare for All – and with good reason. This legislation, crafted by socialist Bernie Sanders and cosponsored or endorsed by an alarming number of Democratic presidential candidates and members of Congress, is a sham; its true name would be something along the lines of “The Elimination of Medicare, Medicare Advantage, Medicaid and All Private Insurance Act of 2019.” The truth is Medicare for All would force 250 million Americans off their private or employer or union-provided healthcare plans; zero out the Medicare Trust Fund; eliminate the Veterans Administration’s health systems, the military’s TRICARE and the Children’s Health Insurance Plan; and dump everyone into a massive, government-run bureaucracy. With that, the Far Left’s dream of full-scale socialized medicine in America would be achieved.

Under such a system, faceless bureaucrats in Washington – rather than patients and doctors – would control nearly all healthcare decisions, from the doctor you can see to the medicines you are prescribed. And decisions about those prescriptions would be made with primary consideration going to the overall cost to the system rather than which drugs will be most effective for an individual patient’s situation. Access to medical procedures, doctors and treatments would similarly be subject to government spending caps. All of this decided behind closed doors!

The cost of socializing America’s healthcare system is astounding; despite being championed as “free,” estimates put the price tag at over $32 trillion. Even doubling today’s tax rates could not pay for it. What’s more, the true costs are nearly impossible to calculate, given that it also covers all undocumented immigrants in the United States – a number estimated to be at least 11 million people.

Further, the kind of government-imposed price controls on medicines that Vice President Biden and other candidates have endorsed would have a crippling impact on developing new life-saving treatments for patients in need. Cutting-edge therapies and medical breakthroughs do not happen on their own; they each require billions in R&D investments, resources and time to bring to market. If at the end of that costly and time-consuming process of innovation, the innovators are met with bureaucratic punishment in the form of price controls, the very predictable result will be less innovation – ultimately at the expense of patients. America’s market-based approach is exactly the reason  why so many new medical treatments and technologies originate here, rather than in places like Europe.

The extremity of these proposals is such that on the first night of the debate, even a fellow candidate, the comparatively more moderate and long-standing union advocate Rep. Tim Ryan,  felt compelled to call out what it would mean to middle-class families in industrial states like Michigan. “Already tonight,” Ryan began, “we've talked about taking private health insurance away from union members in the industrial Midwest. We've talked about decriminalizing the border. And we've talked about giving free health care to undocumented workers when so many Americans are struggling to pay for their healthcare.”

The disastrous results of the socialized medicine proposals of Ryan’s more progressive colleagues are not speculative; one need only look at the countries that have implemented it. Ranging from routine medical services and cutting-edge medicines, government-directed price controls and unelected boards have imposed massive access restrictions to shave healthcare costs. Long wait times and shortages are common. In the UK, over 20% of cancer patients wait more than two months after diagnosis before beginning treatment, and patients regularly leave the emergency room without seeing a doctor due to staff shortages. Canada – often touted by proponents of socialized medicine – has some of the worst wait times, with patients waiting months for an MRI. In Sweden, the median wait for prostate cancer surgery is 120 days.

These realities are not what any American family wants for our healthcare system. Plans such as Medicare for All are a pathway to healthcare that is lower in quality and higher in costs, both human and economic.

Marc Palazzo is the executive director of the Coalition Against Socialized Medicine.