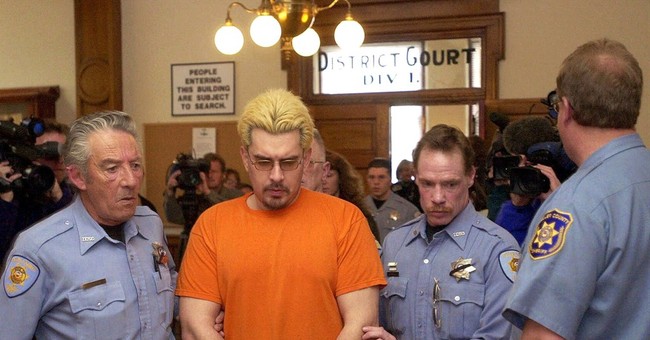 In the first part of this two-part series, the conservative case was set forth for right-sizing America’s pretrial justice system, and the first solution of eliminating unnecessary criminal offenses was discussed. Now, we turn to six other steps towards a system that is more consistent with limited government and individual liberty.

First, for conduct that threatens public safety and undoubtedly should be criminal, there should - in certain cases - be options for law enforcement officers besides bringing the person to jail. For example, San Antonio’s 24-hour crisis center which receives mentally ill individuals who commit minor offenses such as trespassing and stabilizes them far more cost-effectively than the jail.

New York City has been using desk appearance tickets since 1964 in lieu of bringing certain misdemeanant defendants to jail. Instead, police officers have the discretion to bring the person to the nearby police precinct office where they determine the arrestee’s eligibility for a desk appearance ticket. Individuals are ineligible if, for example, their identification cannot be verified, they have outstanding or prior warrants, they are on parole or probation, or they are a recidivist. In 2012, nearly 80,000 desk appearance tickets were issued for offenses such as marijuana possession, driving with a suspended license, petty theft, and city code offenses. If the arraignment was scheduled within 15 days of the arrest, the failure to appear rate was only 4 percent, which increased to a still modest 13 percent for arraignments within 16 to 30 days. Of course, warrants are ultimately issued for no-shows.

Florida is also a leader in this area with its civil citation program that was so successful as applied to juveniles that it has now been expanded to adults. When it comes to petty theft and other minor misdemeanors, it gives police the discretion to issue a civil citation instead of making an arrest. The defendant must then apologize, make restitution, and complete some type of privately-operated community service or treatment program to avoid criminal charges. The most notable such case involved former Florida State quarterback Jameis Winston who was cited for shoplifting crab legs from a supermarket. The civil citation program has achieved a 6.6 percent recidivism rate.

Another solution involves accurately assessing the risk that those arrive at jail pose for absconding or being re-arrested, particularly for a violent offense. Fortunately, there are now validated actuarial instruments for accomplishing this. This means they have been tested retrospectively to show that the risk level designations do in fact correlate with failure to appear and re-arrest rates. Among the questions typically included in such instruments are whether the person has prior arrests and convictions, prior failures to appear, and prior violent convictions.

Kentucky has adopted such a pretrial risk assessment instrument on a statewide basis. Following its adoption in July 2013, a greater percentage of defendants are obtaining release prior to trial while at the same time, new offenses by those released prior to trial have dropped nearly 15 percent.

Next, given that most jurisdictions in the United States use commercial bail as one method of pretrial release, it is important to ensure bail amounts are not unreasonable. In fact, the U.S. Constitution and most state constitutions require such.

Yet the bail amount is often the crucial factor in whether a person obtains release prior to their trial. A Bureau of Justice Statistics study found that about 7 in 10 defendants secured release when bail was set at less than $5,000, but only 1 in 10 when bail was set at $100,000 or more.

By incorporating risk level and ability to pay, not just the type of offense, in setting bail, jurisdictions can ensure that jail space is prioritized for those who are dangerous rather than for those who are simply poor. As conservatives, we don’t see a cause for envy in the fact that those who are more financially successful can afford a nicer home and car, but when it comes to government depriving someone of their liberty, money shouldn’t be the deciding factor.

Another key to advancing the principles of limited government and individual liberty in the pretrial arena is ensuring rapid access to counsel. Without representation at the time when bail and other pretrial conditions are determined, the accused is entirely at the mercy of the government given that both the prosecutor and judge work for the state. Prosecutors typically highlight the facts that weigh in favor of keeping the individual in jail, as someone still behind bars has little leverage in plea negotiations. Miami and Seattle are two jurisdictions that have developed models for ensuring access to counsel within 24 hours of an individual being arrested.

Additionally, an important strategy for right-sizing jails is ensuring that in appropriate cases pretrial supervision is an option. This addresses the fact that some individuals who are arrested are homeless or otherwise indigent and therefore could languish in jail unable to post bail even though they do not pose a substantial risk to public safety. Pretrial supervision is similar to probation in that individuals must regularly report to an officer and, increasingly, technologies such as electronic monitoring and voice recognition are making this process more efficient.

Finally, too many individuals come to jail for unpaid fines in traffic and other low-level misdemeanor cases. In Ferguson, Missouri, there is on average three warrants per household. In most jurisdictions, the largest share of warrants are for unpaid fines related to traffic tickets and other misdemeanors for which jail is not possible unless the person fails to pay or respond.

Fortunately, there are ways to minimize the need to use jails for this purpose. First, those with outstanding warrants for minor offenses should be encouraged to voluntarily come forward, including with the promise that for low-level misdemeanors such as traffic tickets they can discharge the warrant by performing community service if they are unable to pay. Second, for those who can pay, police should be able to accept credit card payments upon pulling someone over with an outstanding warrant for such an offense, thereby avoiding arrest. On June 15, Texas House Bill 121 went into effect allowing this procedure.

In charting a new course for pretrial justice in America, the Kalief Browder case reminds us of the need to extend the Hippocratic Oath from medicine to the justice system. First and foremost, America’s pretrial justice policies and practices must do no harm. That means utilizing in each case the least restrictive alternative needed to protect public safety and ensure the integrity of the judicial process. Indeed, the principles of limited government and individual liberty demand nothing less.