Operation Storm of Resolve: Lessons for the US Iran Policy 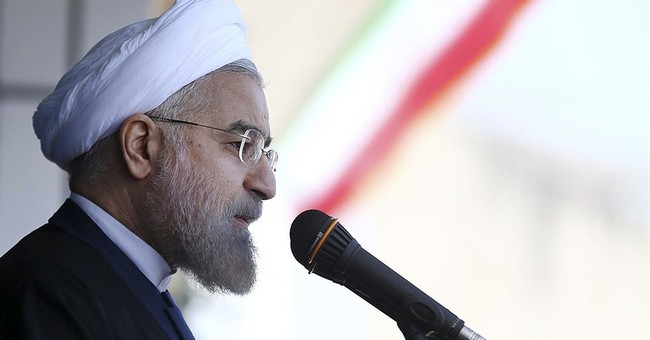 In a significant move dubbed “Operation Storm of Resolve”, Saudi Arabia has launched airstrikes against Iran-backed Houthi rebels in Yemen. There is no question that Iran has been providing weapons and ammunitions, training, logistical support, and advanced military technology to the paramilitary Houthis. Iranian involvement in Yemen is the last in a series of proxy regional wars Iran has been fighting in Syria, Lebanon, and Iraq. Iran’s policy in Yemen resembles its strategy in Syria, Iraq, and its nuclear program. The language of firmness and resolve is the only language that Iran’s mullahs understand.

During the past three years, Iran has been fully present in Syria and unrelentingly supporting Assad to commit atrocities on a massive scale. More than 300,000 Syrians have died and millions have fled their homes. Despite all efforts at the international level to bring peace to Syria, both Iran and Assad have been brazenly obstructing any diplomatic solution. At a critical juncture, undeniable evidence indicated Assad’s use of chemical weapons against Syrian people. It was expected that the United States acts according to the statements made by President Obama that the use of chemical weapons would be crossing a red line and provokes a US (military) response, which was requested earlier by many regional powers, including Saudi Arabia, Turkey, and many Arab countries.

However, there was no US response. That clearly served as a test of the resolve behind the United States foreign policy. The absence of any sign of determination among US foreign policy-makers emboldened Assad and his Iranian patrons. They realized that there would be no direct US response to the crimes they were committing against Syrians. They were emboldened to commit even more grave crimes. Iran continued to send troops and weapons to Syria and even mobilized Hezbollah into Syria. In the face of America’s inaction, ISIS emerged and further complicated the situation in Syria and later Iraq.

Iraq has been another target of Iran’s destructive regional hegemony. Starting in 2003, Iranian money, training, and roadside bombs were responsible for killing many US soldiers. At the same time, Iran seized control of security and government organs and rigged elections in favor of its puppet Prime Minister Nouri al-Maliki. A large number of Iraqis, both Sunnis and Shiites, and most regional powers were deeply concerned about Iran’s role in Iraq and have constantly expressed their opposition to the appeasement policy of the United States towards Iran, the result of which has been the rapid rise of ISIS in Iraq and a full-blown sectarian war.

Since the disclosure of Iran’s clandestine nuclear program by the National Council of Resistance of Iran (NCRI) in 2002, major powers have been negotiating with Iran to end its program. The potential upcoming deal would allow Iran to retain its nuclear capability while imposing certain limitation in terms of the number of centrifuges and the level of uranium enrichment. The deal falls short of addressing major concerns about the program.

Three years after the start of Iran’s proxy war in Yemen, a regional coalition of more than ten countries are targeting Houthis in Yemen. In addition, the coalition has indicated that it is ready to send troops to Yemen in order to protect the legitimate government of Yemen from falling. Iran’s response to the Operation was a call through an intermediary-Russia’s Putin- for immediate ceasefire to start negotiations. Unlike the cases of Syria and Iraq, Iran has avoided any significant response and is yielding to the force of regional coalition. In the absence of any domestic support and faced with rising internal opposition to the regime, the mullahs are in fact very vulnerable and standing on a shaky ground.

Comparing the above Iranian responses in Syria and Yemen, it can clearly be seen that inaction and indecisive policies only embolden the ruling clerics in Iran. Conversely, the mullahs have yielded to Operation Storm of Resolve. US foreign policy-makers need to revise their assessments of Iran’s stability, itsmodus operandi. The one unmistakable conclusion that one can draw is that Tehran is highly vulnerable to a firm response. Resolve shown even by regional powers has worked. Adopting a clear and credible policy of firmness and resolve by the US is the only measure to confront the Iranian regime’s threats not only in Yemen, but also in Syria, Iraq as well as its nuclear threat. Hope these lessons are learned fast and applied even faster.