President Trump is a Champion of the Catholic Faith

Lou Holtz
|
Posted: Jun 14, 2020 12:01 AM
Share   Tweet
The opinions expressed by columnists are their own and do not necessarily represent the views of Townhall.com. 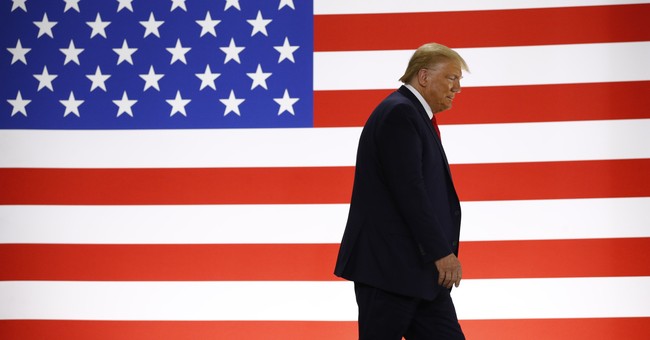 When I arrived on the campus of Notre Dame in 1986 to coach the football team, I had a sign placed in a stairwell leading onto the field that read, “Play Like a Champion Today.” 34 years later, I can’t help but think of how President Trump has been a champion for the Catholic community.

As a lifelong Catholic, I’m compelled to speak out. Archbishop Wilton Gregory of Washington D.C. recently criticized President Donald Trump for visiting to the St. John Paul II National Shrine, claiming that the shrine should have “never been used as a place for a political statement.”

President Trump visited the shrine to honor the legacy of Pope John Paul II—a pope who understood the importance of advancing religious freedoms across the globe.

It is unfortunate the Archbishop is choosing to engage in political punditry and criticism of the president, rather than helping to unite all of God’s children.

Instead of acknowledging the symbolism behind President Trump’s visit to historic St. John’s Church—which had just been ransacked by violent looters—the Archbishop chose to further divide the country.

The fact is, there has been no president in my lifetime who has done more to protect religious liberty for all than President Trump.

The president understands the importance of being a strong voice for the unborn because we are their only voice.  He has shown his unwavering commitment to life.

He has followed through on his promise to appoint conservative, Constitutionalist judges, something that will have a positive impact on issues related to the church for decades to come.

President Trump’s commitment to the religious community reaches far beyond our borders. He moved our embassy to Jerusalem—The birthplace of Catholicism by the Israelites—even though the five previous presidents promised to do so yet failed.

The president’s time in office has been promises made, promises kept. This is unusual for a politician, and the Archbishop is flat out wrong to say he does not care about all people.

President Trump has uplifted every American through his America-First agenda.

There are three principles that have guided my life and the choices I make. Whether you are in a good or bad situation, the results are because of the choices you make. The three principals also define who I support politically.

1.Trust –President Trump says what he means and means what he says. He is doing his all to fulfill the promises he made to the American people.

2.Commitment to Excellence –President Trump is committed to pursuing greatness, no matter the sacrifice. He understands what it takes to keep America great.

3.Care for Others –President Trump demonstrates strength and a commitment to serving his fellow Americans. It’s obvious he has a deep love for America and its people.

Now, let’s bring this country together by loving and caring for one another. The Catholic education I received, including my years at Notre Dame, we were taught to love thy Lord our God with all our soul and might and to love your neighbor as you would yourself.

Perhaps the most brilliant person I have ever met was Fr. Hesburgh, President of Notre Dame for 35 years. He hired me. He marched with Martin Luther King Jr., was close friends with Mother Theresa, former presidents, and Popes. He explained to me that you must follow your heart, even if it’s an unpopular thing to do.

President Trump is doing the right thing for American Catholics, and the wider religious community. He will continue to be a voice for the unborn, he will continue to stand with the people of faith, and he will ensure Catholics have a seat at the table in his Administration

I encourage my fellow Catholics to support a president who, in my mind, has done to advance the cause of religious freedom and liberty than any other president.

Hall-of-Famer Lou Holtz is a former American football player, coach who won the National Championship as Notre Dame’s head coach in 1988. Coach Holtz serves on the advisory committee of Catholics for Trump.