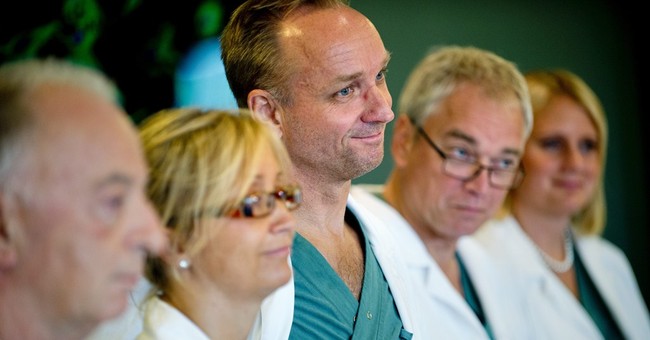 With the most recent round of ObamaCare enrollments about to begin, more Americans will soon be faced with the reality of a growing doctor shortage. The Wall Street Journal reports that, for the first time in two generations, the number of doctors per person is declining, a situation that will result in decreased access to health care and rising costs even beyond what we have already seen.

While the direct impact of ObamaCare has been widely discussed, what most people don’t realize is the ways in which our medical bureaucracy goes out of its way to discourage competition and limit the supply of doctors in the marketplace. While Google and Microsoft get slapped with high-profile lawsuits for alleged anticompetitive behavior, however, the medical industry’s affronts in this regard have gone largely unexamined.

The rules for the practice of medicine in America are largely determined by state medical boards. Ostensibly private entities, these boards actually function similarly to regulatory agencies run by unelected czars. With immense power to affect medical provision, but no incentive to pay attention to political pressure from the grassroots, these boards have been given monopoly power by state governments to be the sole arbiters of medical care, immune from competitive pressure. Doctors are thus left with a monolithic set of “take-em-or-leave-em” rules that they must obey, or else risk being fined or having their licenses revoked.

Defenders of this system will no doubt argue that, since the boards are run by doctors, we can trust their decisions to be sensible and well-informed. The problem with this is that doctors, just like everyone else, are driven by self-interest, and thus have an incentive to protect themselves and their colleagues from competition, even if this comes at the expense of patients.

Indeed, at every turn we see policies, set either by state medical boards or by the American Medical Association (AMA), that seem expressly designed to limit patient options and keep costs high. For example, the AMA has lobbied heavily against the spread of retail clinics in pharmacies and supermarkets, as well as giving greater latitude to nurse practitioners and physician’s assistants to operate independently.

These services are perfectly capable of addressing a wide variety of routine medical complaints, thus freeing up physician – and expensive emergency room – time for more specialized treatment. Midwifery, once a common profession in the United States, has been all but destroyed by lobbying from the medical establishment.

Meanwhile, the training of new doctors remains prohibitively costly and time consuming, largely due to restrictions directly introduced by the medical community itself. There are currently only 129 accredited traditional medical schools in the United States, with a limited number of students. But it is difficult for more schools to open in order to meet demand, due to a lengthy accreditation process, overseen by the Department of Education, which can take up to eight years.

Although some policy analysts are now advocating for a reduction in the length of medical school from four years to three, noting that the fourth-year elective courses are largely inessential for general practitioners, but the number of residencies available is still limited. Congress is responsible for manipulating the amount of funding for medical residencies through the Medicare program, meaning that there are currently only about 110,000 slots available.

This problem is compounded by the fact that about 15 percent of these positions are taken up by foreign medical graduates, many of whom are regarded as fully qualified in their home countries. Since there is no system of recognizing the qualifications of even the most eminent physicians from Europe or Asia, they are all forced to go through lengthy residencies that could go to American medical students.

By artificially limiting the number of doctors who are able to practice, state medical boards, empowered by government-granted monopolies, are aggravating the problems created by the Affordable Care Act, and contributing to a potentially catastrophic shortage of medical professionals in the years to come.