How to Stop Some Feminist Whining 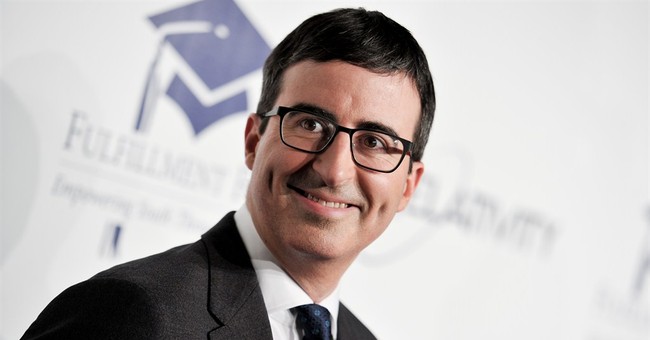 HBO's Last Week Tonight with John Oliver resurrected piles of news footage on the fact that women are harassed on the Internet. (https://youtu.be/wuLwLhiNb00) Usually this just gets a bored yawn out of me, because it's typically centered on the feminists that are out there trying to draw attention to themselves by playing victim. This time I stopped and really thought about it.

Oliver served up the issues with his usual snark and snide humor, but this time I was struck by the fact that there really has been a real answer to the problem of people harassing women (or anyone else) on the Internet. As Anita Sarkeesian and Brianna Wu were featured on the screen, instead of wanting to vomit, I actually got angry. Those two have been making bank on the sale of their own victimhood for months now, and have left piles of destroyed careers in their wake. There have been accusations that they have manufactured threats (something that might be true), and that they have been profiting from playing victim (definitely true.) Instead of actually trying to resolve the problem of Internet trolls making threats, they have whined incessantly about the inability of the authorities to do anything about it.

Of course, that was the whole point of Oliver's segment – the Internet is a mean and nasty place, and there's nothing we can do about it! It hit me when Oliver essentially said that the problem was with the fact that local law enforcement officers do not know what Twitter is. These tech-savvy women that have been crying about being harassed never thought about talking to organizations like the Fraternal Order of Police and administrators of police academies about teaching officers about cyber-crime. They also never talked with lawmakers about crafting sensible laws that would make this sort of behavior a crime with penalties that would actually deter most of the idiots out there that enjoy bullying people online. When I say that, I mean that these laws would mostly involve fines, as opposed to imprisonment. The novel concept would be to have the trolls fund the training that would help to guarantee that future iterations of themselves would also end up with their own doses of justice.

After that dawned on me, something else started creeping out of the recesses of my subconscious – not only did these harpies fail to act to protect themselves, but also their opposition failed to do the very same thing. Yes, I'm talking about the #GamerGate people here, which in its own way includes me. I'm not going to mention names here because it's still a free country for the most part, but you know who you are. Yes, I am calling you out now. I know that the readers here mostly do not care about this, however I am going to say something that should resonate with everyone.

If someone threatened to kill or rape you, or someone close to you on the street, what would you expect to see authorities do about it? Would you press charges? Why do we as a society think that same behavior is fine online? Yes, the argument has been that people are talking across miles geographically, so those threats probably cannot be carried out. However, the same threats delivered in person are not necessarily any more likely to happen, either. The crime the person could be found guilty of is simply making the threat. Violent criminals don't tend to make threats before acting since that just adds another charge if they are caught. Why does it make a difference how the threat is delivered? In the real world, it is not protected speech, so why is it nearly treated as such online?

As Oliver points out, we use the Internet to do so many things in the real world, from travel to shopping to finding our mates. Why are we still acting like bad behavior on the Internet that would get someone arrested in the real world is somehow not a crime? If nothing else, making online threats a real crime would have one bonus – at least then the liberal feminists would have to find another way to play victim.