Why Stopping Net Neutrality Starts with Protecting Freedom and Capitalism 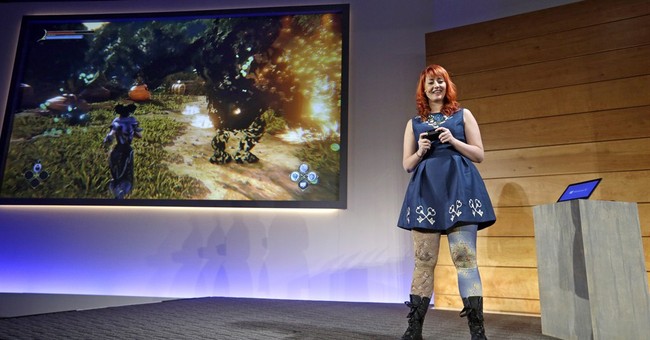 As people interact daily on in the Internet, they typically do not think twice about how they are connected to “all the things” and each other. Maybe it will enter their minds a little bit more now thanks to the FCC effectively turning the Internet into a public utility with Net Neutrality. Of course, it is anything but neutral, evidenced by the motives behind it and proponents of it.

Denying that Net Neutrality is probably step one for leftists that are hoping to be able to control information is just as foolhardy as it is to cry to the rafters about a conspiracy brewing. That makes this a particularly difficult issue to address effectively. However, when it is placed with another portion of the world of technology that is under attack for similar reasons, an undeniable pattern begins to emerge.

While most areas of technology are growing without much hindrance, there is one sector that is suffering from a severe attack on freedom. There are activists attempting to shape the future of this portion of the industry, primarily by squashing free speech and attacking capitalism itself. Normally, technology succeeds or fails simply on the whims of the consumer market, but in this area, there is real pressure for developers and manufacturers to avoid certain kinds of products, in spite of the fact that they still enjoy a great deal of popularity on the market. If this was coming from within the ranks of developers at least, this might not be as disturbing. The fact is that it's being driven by a critic that is attempting some social engineering on a small scale, with wide-reaching consequences.

Conservatives regularly stand up against the ubiquitous political correctness that is being force-fed to Americans by activists on the left, but in one area they are relatively silent. I've written on this before, and saw comments pointing out that it's just one portion of the technology and entertainment sectors. When it is paired with the much farther-reaching Net Neutrality, maybe it isn't a good idea to ignore it.

The activist I'm talking about here is Anita Sarkeesian, and she is waging a one-woman war on misogyny in video games. Recently, she allowed a site to showcase some of the truly vile and profane threats that have been made against her on Twitter. (http://www.dailydot.com/geek/sarkeesian-week-of-twitter-harassment/) Admittedly, I'm familiar with similar comments being thrown around on Twitter, primarily aimed at conservative women. That's why one comment to the story about Sarkeesian's “hate tweets” caught my eye. “Drama queen goes out of her way to actively insult people and court their hatred, and then makes a career of whining about it. Sarkeesian is a Feminazi Troll. Zero sympathy. I place her in the same bucket of sh__ as conservative politicians...”

It's fair to guess that Sarkeesian would not be happy with being compared with conservatives of any kind. Obviously, the comment is by a generally liberal individual, and it points out something that conservatives really do need to keep in mind. Being annoyed with whiners is not limited to the right side of the aisle. We just happen to say something about it more. However, when you get to something that people are really passionate about, like the video games that Sarkeesian is hell bent on neutering, even the most liberal people start getting annoyed.

The bottom line is that in order to stop attacks on freedom of speech and capitalism like Net Neutrality, it will take turning some people from the left to our way of thinking. Sarkeesian is giving us a gift, really. It's not worth it to attack her personally, but it's definitely worth it to warn people about what the gaming world would look like – no sexy women at all – if she got her way. Once people start thinking that it really isn't a good idea to throttle creativity in technology, the idea will spread that freedom in that world needs protecting. Then it will be much easier to do battle over the bigger issue, Net Neutrality.