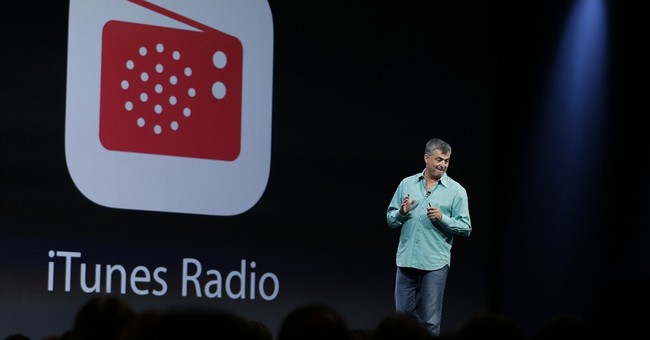 I’ve been following Elisha Krauss on Twitter for several years. We first bonded over a mutual annoyance we both encountered over her seven years as Sean Hannity’s producer nationally-syndicated radio show and my involvement in the conservative movement. Even when it’s about something negative, it’s always nice to know there are kindred spirits out there.

Elisha is now on the other side of the microphone as co-host of the morning show on KRLA in Los Angeles, California. "After being behind the scenes in radio for years, I know this is a huge opportunity to share my conservative beliefs with The Answer audience everyday," she said.

Co-host and author Ben Shapiro told me, “Elisha is not only one of the nicest people I've ever met, she's also immensely talented, witty, and self-effacing. Definitely a rising star, with the experience to prove it.”

Elisha is one to watch in conservative broadcasting. Her easy-going nature and commitment to conservative principles make her a fantastic ambassador on the Left Coast.

Be a Navy SEAL for a day or ask to fly Air Force One.

I was homeschooled, so technically my teacher was my mom and even at times my dad (he liked handling science quizzes). They both influenced my desire to be self-driven, independent and hard working. And, my mom’s involvement in politics while dragging my little sister and me along for the ride definitely influenced the political geek in me.

A secret agent that would take down child sex traffickers… It’d be hard for me to deem them innocent until proven guilty and allow due process to take place though.

After my husband proposed we went on a cruise with almost 30 family and friends. One night we all headed to the karaoke bar and my best friend Rhiannon and I did our karaoke go to song, Zeppelin’s D’yer Mak’er. Rhi even did a stage dive, the crowd loved it! All the women in the group singing “We are Family” followed that performance. The rest of the week (at the pool, in the casino, after dinner) people kept coming up to us and saying, “You’re the ‘we are family’ family right? You guys are great!” It took us a few days to realize our performance was being repeated on the cruise’ TVs and people were seeing it over and over again.

6. What’s the best present you ever received?

One of my fondest childhood memories is receiving an off road go-cart my dad, Gramps and Pa built for my sisters and me. We had SO much fun on that thing driving it all over our yard and pasture with friends and family. I even think it taught me to be tough as we took a few tumbles and earned a few blisters learning how to operate a pull start. That’s tough for a 12 year old!

Life to our precious baby girl whose arrival is imminent! [Author’s note: Congratulations to Elisha and her husband, Eric, on the birth of their baby girl on August 19!]

My dad, even if he never realized it, always insisted his daughters could do anything a man could do and he always challenged me to “give everything 110% Elisha.” I have tried, Dad. My mom always said to treat everyone the same… from the president of the U.S. to a homeless person on the street. That advice was priceless. I’ve learned if you treat someone’s assistant as kindly and professionally as the “VIP” they’ll remember it forever.

Lynda McLaughlin (Hannity Radio Producer), Tamara Holder (FNC contributor) and myself. We agree to disagree on some things and agree on others and completely disagree on more! Plus, they’re two of my dearest friends and I KNOW we’d give Greg a run for his money. He wouldn’t know what to do.

“BREAKING: Chris Christie and Hillary Clinton not running in 2016”

12. Tell me about the moment you decided to be more vocal about your political beliefs

I’ve always been interested and very vocal about politics and I’ve been blessed to observe the best and learn from them how to articulate your political beliefs. I’ve noticed the older I get, the more I learn, the more willing I am to lay it out there and not hide who I am or what I believe. It’s hard to maintain friendships sometimes in this politically divisive world and I think some people have a “Take me or leave me” mentality. I truly believe relationship building is a way to win people over to the “right” side and I want to learn how to balance that without compromising my beliefs and still speaking the truth.