Democrats in Sen. Donnelly’s Home State Campaign for His Opponent

Lindsay Marie
|
Posted: Nov 02, 2018 9:45 AM
Share   Tweet
The opinions expressed by columnists are their own and do not necessarily represent the views of Townhall.com. 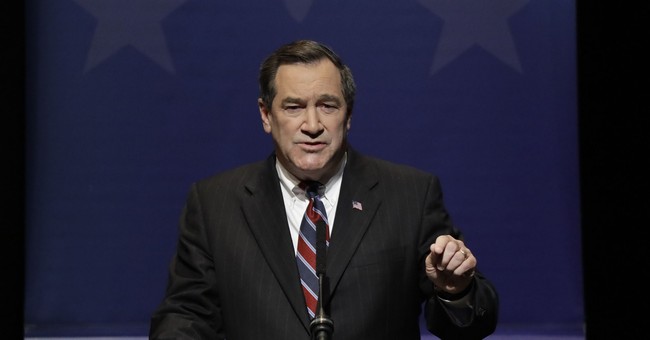 The first mailer that began circulating boasted about Brenton’s policy positions and how they would lead to job creation.  Specifically, the Democrats said that Brenton would “cut red tape on small businesses, helping them to create jobs in Indiana.”  They also said that Brenton wants to “abolish the corporate tax, helping create more Hoosier jobs.”

The second mailer included some of the same rhetoric as the first, but it also included a stunning admission. Atop the piece, in bold, red letters, the Democrats declare that Brenton is “Your Anti-Tax Candidate.”  Given that Donnelly voted against tax reform, it should come as no surprise that Democrats in his home-state are glorifying his opponent for being “anti-tax.”

Glorification of Brenton aside, Hoosiers across the state, including Brenton and the Libertarian Party of Indiana, were shocked when they read the mailers.  Two things stood out to Hoosiers; Democrats used money given to them to promote a Libertarian and Democrats admit that taxation hinders economic growth.

Libertarian Party of Indiana Political Director Jared Hall told me that he was surprised to see the Democrats funding mailers in their name showing support for Lucy; however, he was more surprised by something else.  In a true sign of the times, Hall was more shocked by the Democrats’ positive promotion of Libertarian philosophy and their admission that cutting taxes creates jobs than what many are calling a “dirty campaign trick.”

Hall told me that by using donor money to promote philosophies contrary to that of their base, Democrats are insulting their base.  Hall said, “They’re either lying to voters, or they’ve decided Libertarians are right.” When I asked Hall which of the two he believed to be the case, he responded: “I say we assume they’re acting in good faith.”

Brenton was equally surprised by the Democrats’ implied admission.  She told me that the mailers quote her accurately and rhetorically asked: “If the Democrats know that lowering taxes creates jobs and benefits workers, why don’t they make it a priority to do exactly this when they are elected?” Without pause, Brenton answered, “They are only interested in maintaining their power, whatever the cost to America.”

According to Fox News Research, the current price tag of the Indiana Senate Race is $90 million making it the fifth most expensive Senate race in the country.  Before the Democrats began campaigning for Brenton, Sen. Donnelly’s narrow lead was well within the margin of error and Brenton was the single strongest Libertarian Senate candidate in the country regarding point spread.  It’s unclear how much of an effect the mailers will have on vote totals, but what is clear is that the Indiana Senate race will continue to be in the national spotlight up until the last vote is tallied.