Linda Chavez
|
Posted: Aug 11, 2018 12:01 AM
Share   Tweet
The opinions expressed by columnists are their own and do not necessarily represent the views of Townhall.com. 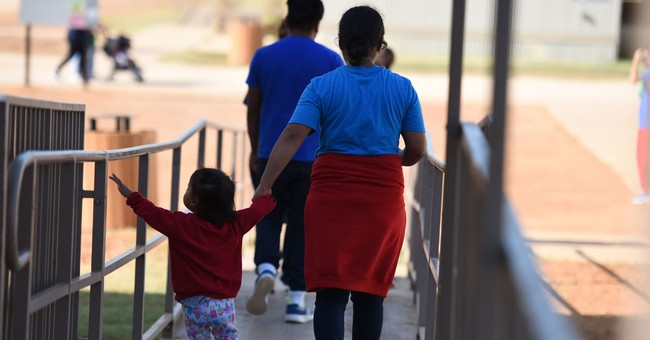 Given the foolish consistency that comes with being the hobgoblin of little minds, there was no chance that our big-brained president would be consistent on the issue of "chain migration." In November, President Donald Trump decried the practice of immigrants sponsoring other family members for permanent residency: "CHAIN MIGRATION must end now! Some people come in, and they bring their whole family with them, who can be truly evil. NOT ACCEPTABLE!" When the White House released its proposed framework for immigration reform in January, the president's sentiments were clear: In the future, immigrants would be able to sponsor only spouses and minor children for permanent residency. No more parents or siblings. But the president's distaste for "chain migration" apparently doesn't apply to his extended family.

On Thursday, the president's in-laws, Amalija and Viktor Knavs, became naturalized U.S. citizens, thanks to the sponsorship of their immigrant daughter, first lady Melania Trump. Good for them -- and good for Melania for bringing her parents to America and helping them become Americans. This is the story of our great country -- generations of immigrants looking for better lives in a land of opportunity and then helping parents, sisters and brothers, and others to join them.

What is "NOT ACCEPTABLE," to borrow the president's tweet shouting, is the ugly war this administration has launched on immigrants, which includes trying to make it more difficult for others to follow in the Knavses' footsteps. The administration wants to limit legal immigration -- it is already on track to have cut green cards granted in fiscal 2018 by 20 percent over the last full year of the Obama administration -- and also to make it more difficult for those people who are legally admitted to the United States to become citizens. NBC News reported this week that the administration is planning to issue new regulations that would make ineligible for citizenship permanent residents who have received any of a broad range of public benefits.

Federal law already makes most immigrants ineligible for cash benefits (and immigrants who are here illegally are automatically excluded), but the plan being cooked up in the White House would penalize those immigrants if they or any member of their household participated in other programs, even signing up for health care under the Affordable Care Act. Permanent residents whose American-born children, who are citizens by birth, have received medical care through the Children's Health Insurance Program or food assistance through the Supplemental Nutrition Assistance Program or aid through a host of other programs could become ineligible to naturalize. According to some immigrant rights advocates, as many as 20 million permanent residents could be affected.

In what way would we be better off as a nation to deny legal residents who are living, working and paying taxes in this country a path to citizenship? Immigration restrictionists have long used the argument that this generation of immigrants didn't truly want to become American, a canard that defies the actual evidence of assimilation taking place. But now, it seems, the restrictionists are showing their true colors. They don't want immigrants to become Americans.

The sheer hypocrisy of Trump's anti-immigrant crusade is striking. Trump is the son and grandson of immigrants. His mother, Mary MacLeod, came to the United States from a poor fishing village in Scotland as a 17-year-old to join her sisters. MacLeod listed her profession as "maid" or "domestic" on the ship manifests and 1930 census. Trump's grandfather Friedrich Trump came from Germany when he was 16 years old with nothing more than a suitcase and a small amount of formal education. He didn't even speak English. Yet Trump would like to shut the door on similarly situated immigrants today.

"Chain migration" has been the backbone of immigration policy for generations. It didn't begin in 1965, when immigration law changed to lift quotas imposed in the anti-immigrant 1920s, but extends back to the beginnings of this nation. The flood of Scots, Germans, Irish, Italians and other immigrants who came in earlier eras often started with one enterprising pioneer in a family who set off alone. Once established, that immigrant sent for his brothers, sisters and parents. That first generation often remained poor, but the children of those immigrants usually moved up the economic ladder, and some even ended up, like Donald Trump, rich and successful. But don't try to convince Donald Trump that this is the genius of America.