Early Voting Is a Bad Idea

Linda Chavez
|
Posted: Nov 04, 2016 12:01 AM
Share   Tweet
The opinions expressed by columnists are their own and do not necessarily represent the views of Townhall.com. 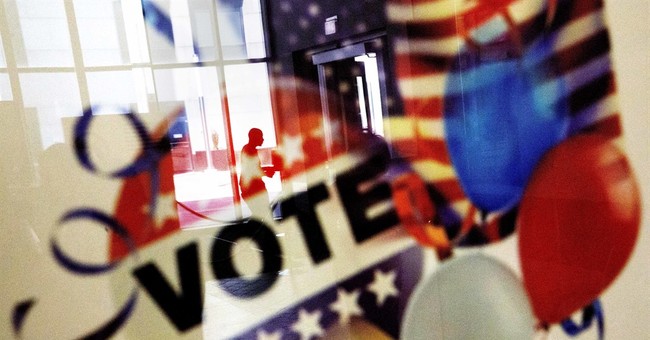 Trending
If ever there was an argument against early voting, which has become used by most states in recent years, it is what has happened over the past week of this presidential election. With days to go before Election Day, we've learned that the FBI is investigating a trove of emails, ostensibly from Hillary Clinton, on a computer operated by disgraced former Rep. Anthony Weiner, who also happens to be the estranged husband of Clinton's closest aide, Huma Abedin. We've also learned of new evidence that Donald Trump abused tax laws in the early 1990s by taking personal deductions for losses of other people's money while not also declaring as income the forgiveness of his loans and that his campaign may have been in direct communication with Russian operatives throughout the course of the campaign. We don't know whether any of these allegations will prove that either candidate violated the law, but even if it turns out they do, many will have already voted without the information to make an informed choice.

Modern democratic elections have traditionally been a snapshot in time of the electorate's preferences. In 1845, Congress passed legislation mandating that presidential electors be chosen on the Tuesday after the first Monday in November, fulfilling the constitutional dictate that "Congress may determine the Time of (choosing) the Electors, and the Day on which they shall give their Votes; which Day shall be the same throughout the United States." At the time, of course, the states themselves determined how the electors would be chosen, by popular vote or by the legislature of the state, with only the apportionment of votes set out in the Constitution: one elector for each senator and representative in the state. We've come a long way since then -- and not necessarily for the better.

The political parties in each state actually choose the slate of electors by rules and procedures they establish. When voters cast their ballots, they are stating a preference for a candidate, but they are actually choosing a slate of electors pledged to the candidate by state law or by party rules, with winner-take-all votes except in Nebraska and Maine. Some states provide penalties against electors who do not cast their votes as indicated by the popular vote, although the Supreme Court has never ruled on whether those laws and penalties are constitutional.

These provisions were put in place to ensure a republican form of government, not a direct democracy. But the trend in recent years has moved away from the Founding Fathers' original vision, allowing all citizens to vote -- women as well as men, the indigent as well as property holders, the illiterate and non-English-speaking, and, most importantly, former slaves and their descendants. All states now provide for direct election of electors by popular vote, and most states now allow for early voting, either in person or by mail. Voting occurs as early as 50 days before Election Day. What this means is that each election is like voting on a moving picture. If you vote early in the reel, you may not know that your candidate turns out to be a villain.

This year, more than 22 million people will have voted before actual Election Day, and many of them are operating on partial information on the state of the campaign and the candidates. There has never been an election in which so many late-breaking stories have had the potential to decide an election.

We have begun to treat Election Day like one of those never-ending department store sales. Show up whenever you want and you'll still get a deal. The idea seems to be that we make voting as easy as possible. Heaven forbid we make people actually treat the occasion like the privilege it is.

Election Day should be a solemn occasion. If it takes some sacrifice to vote -- for example, getting up early or standing in line awhile -- isn't it worth it to be able to determine the course of our own future? But most of all, shouldn't voting be a civic celebration, a time when we meet our neighbors and gather at the same place and same time as everyone else in the country to act on the same information available to all of us? Expanding the franchise shouldn't be about diluting the significance of voting in the name of convenience, but unfortunately, it has become so. I, for one, think we're worse off because of it.