Blame Voters, Not the Candidates

Linda Chavez
|
Posted: Sep 09, 2016 12:01 AM
Share   Tweet
The opinions expressed by columnists are their own and do not necessarily represent the views of Townhall.com. 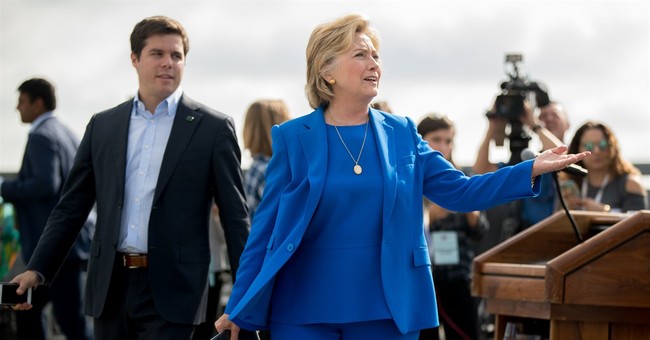 In a democracy, we generally get the leaders we deserve. So what does that say about this year's election? Nothing good. It's easy to focus on the faults of the candidates -- and Hillary Clinton and Donald Trump may be the two most flawed presidential candidates in history -- but at the end of the day, the voters chose them. Or some of the voters did, and that is part of the problem.

In the modern world's oldest democracy, we've become complacent. A tiny fraction of eligible voters bother to participate in primaries, and those who do are hardly representative of the broader population. Less than 14.8 percent of eligible voters participated in the GOP primaries, while 14.1 percent voted in the Democratic contests. But even if everyone eligible to vote actually cast a ballot, we'd still have a major problem in the United States.

There is little question that Trump rose to the top of the field among 17 candidates largely because of his celebrity status as a reality TV star. The very qualities he exhibits that turn off many educated voters and principled conservatives made him attractive to the masses who get their news in sound bites from talking heads who shout insults at one another on cable networks. He's opinionated, even when his opinions aren't based on substantive knowledge, and he's willing to say anything to guarantee a lead spot on the day's news coverage.

Our schools have done a poor job of educating students about the U.S. Constitution, American history and our civic institutions. And the poorly educated kids grow into adults who haven't the faintest idea about separation of powers or the protections enshrined in the Bill of Rights, much less basic economics. And we are paying the price this year.

On the one hand, we have Hillary Clinton, who is promising free community college, paid family leave, universal health care and a host of other costly programs, which she thinks she can pay for by upping taxes on only the rich. On the other hand, Donald Trump wants to deploy a deportation force to round up the nearly 6 percent of those in our workforce who are in the country illegally, wants to administer an ideological test to immigrants and visitors to the U.S., which he hopes would weed out Muslims, and says he'd fire much of the top military brass because, as he's asserted before, he knows "more about ISIS than the generals do."

Clinton's appeal is the traditional Democratic sop: Government will take care of you. Trump's appeal is darker: Your problems are the result of foreigners who are invading our country. Depending on where voters fall on this scary spectrum, we will have either a president who expands the role and cost of government at the cost of freedom and a vibrant economy or one who blames ethnic and religious scapegoats for problems at home and abroad and uses demagoguery to whip up mobs, endangering minority protections in favor of absolute majority rule.

Neither prospect is a happy one. Worse is the probability that when voters go into the voting booth, they will most likely be voting their gut, not their head. When our Founding Fathers devised this new form of government -- a representative democracy -- they could not have imagined how it would devolve. There is a real danger that if Americans do not take their responsibilities more seriously, we will lose our freedoms.

The trend in recent years has been to expand the franchise more and more broadly, which in theory is a good thing, but only if the people casting their vote understand the system in which they are participating. Call me an elitist -- I've been called worse -- but I want voters to do more than show up and vote for the person they like the most or against the one they detest. I want them to understand the duties and limits the Constitution imposes on the commander in chief. I want them to have some understanding of the separation of powers, of why majority rule cannot abrogate unpopular but constitutionally protected minority opinions and rights. I want them to be informed enough about the policy differences between the candidates to get some glimpse into how each would govern.

If American citizens don't do a better job living up to their responsibilities in choosing our leaders, we can't expect we will ever get better candidates than the ones we have to choose from this year. We need to quit blaming Clinton and Trump for being bad candidates and look in the mirror to see how they got here.