Linda Chavez
|
Posted: Apr 29, 2016 12:01 AM
Share   Tweet
The opinions expressed by columnists are their own and do not necessarily represent the views of Townhall.com. 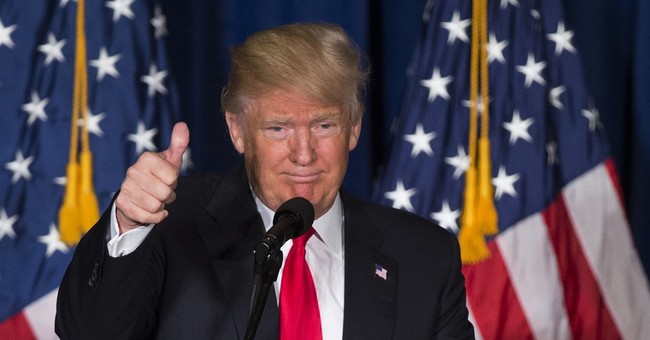 Indiana's upcoming primary may well determine the fate of not only the GOP presidential nomination but the party itself. Donald Trump's sweeping victories in the five primaries last Tuesday was a sober wake-up call that the party of Ronald Reagan is no more. If Trump wins a majority in Indiana, as well, it will be nearly impossible to stop him from winning the Republican nomination. Already, major "mainstream" Republicans are jumping on his bandwagon, including two House chairmen this week: Bill Shuster of Pennsylvania, who chairs the House Transportation and Infrastructure Committee, and Jeff Miller of Florida, who chairs the House Veterans' Affairs Committee. But Trump's winning the Republican nomination will doom the party as we've known it for much of the past 40 years.

Trump represents a repudiation of the Republican Party's commitment to smaller government, free trade and an internationalist foreign policy. On the latter, Trump gave his first major policy address this week in Washington. Though it was short on specifics, vacuous and self-contradictory, the overall theme of his speech made clear where his instincts lie. He is first and foremost a nationalist, one who would fit in comfortably with Marine Le Pen's National Front in France, the Danish People's Party or the Freedom Party of Austria -- all populist, anti-immigrant, nationalist movements.

This should come as no surprise to anyone who has paid attention to his campaign thus far. His strategy, articulated in every speech from his presidential announcement to his latest rally, has been to appeal to whites who feel left behind economically and overwhelmed culturally and demographically. "Make America Great Again" means keeping foreigners out, reserving American jobs for the American-born, punishing our more "cunning" trading partners -- especially Mexico and China -- building walls and withdrawing from foreign alliances and wars.

This brand of American nationalism is not new. Trump's "America First" slogan is a throwback to the pre-World War II movement against U.S. entry into the war. The America First Committee, whose most famous member was aviator and Adolf Hitler admirer Charles Lindbergh, argued that the United States should build an impregnable defense but stay out of the war in Europe -- a position that was, in the late 1930s, highly popular with the American people. By the time the America First Committee officially formed in September 1940, Nazi Germany had already swallowed Austria, invaded Czechoslovakia, Poland, Finland, Denmark, Norway, Luxembourg, Belgium, the Netherlands and France and launched an air war against Britain.

Most commentators have assumed that Trump's "America First" theme was accidental, that he didn't know its origins. Maybe. He is, after all, the least literate presidential aspirant in recent memory. But it doesn't really matter if he knows what the America First Committee was. Trump's speeches, including the prepared text he read at The National Interest this week, sound eerily similar to, if less articulate than, a speech Lindbergh delivered in New York in April 1941.

Lindbergh claimed, "The America First Committee has been formed to give voice to the people who have no newspaper or newsreel or radio station at their command, to the people who must do the paying and the fighting and the dying if this country enters the war." Lindbergh promised, "There is a policy open to this nation that will lead to success -- a policy that leaves us free to follow our own way of life and to develop our own civilization." He said he spoke for "the citizens who ... had to work too hard at their daily jobs to organize political meetings." He argued: "We must turn our eyes and our faith back to our own country before it is too late. And when we do this, a different vista opens before us."

The America First movement collapsed when Japan bombed Pearl Harbor on Dec. 7, 1941. The United States joined the war against the Axis, sent troops, ships and planes to Europe, as well as to the Pacific, and defeated Hitler, Mussolini and Hirohito.

The United States emerged from the war as a superpower that would lead the economic and political transformation of much of Western Europe and parts of Asia.

Now Donald Trump wants to channel Charles Lindbergh to build walls around a fortress America, whose civilization he promises to protect from "criminals, drug dealers (and) rapists" from Mexico and elsewhere. This is not a recipe to make America great again but its opposite. And if he succeeds in capturing the Republican nomination, he will turn the GOP into a fringe nationalist movement that will polarize American politics unlike anything we have seen before.