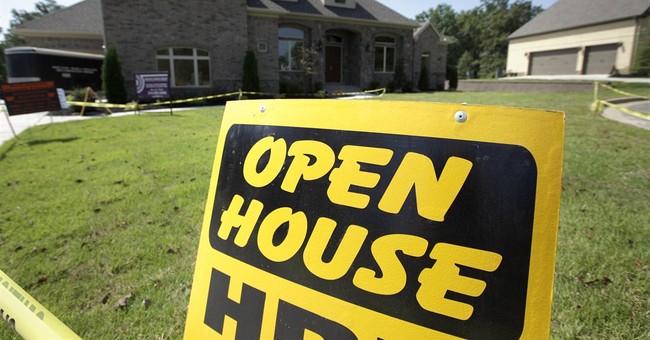 Good news! Now the dream of owning a home with the help of Uncle Sam has gone global! According to CNS News, following the standard federal meme of supporting everyone but U.S. taxpayers, financial institutions and job creators, your government has revived the Martial Plan, oops, I mean the Marshall Plan (Sorry, it’s hard to tell the difference these days.) with a vengeance. Home buyers in Palestine rejoice! We’re sending you $313 million for mortgage funding! Yes, too you can now realize the dream of having a home of your own the West Bank.

Seriously, we really are going to pay for mortgages on the West Bank. How are we going to get the money for that? Don’t ask me such a ridiculous question? How do we get the money for all the ridiculous crap we underwrite at home, like Viking garment research to corroborate climate change, snail censuses, homes for abandoned tortoises,  and studies to determine how migrant workers get social diseases from Russian hookers.  We’ll probably get it all from the same place-your tax dollars.

However the government finagles it, the money will come through the Overseas Private Investment Corporation. Don’t let the moniker fool you, it’s another federal office.

The West Bank also gets $110 million in loans for small and medium sized businesses. Hey, somebody’s gotta lay the sod, and sell the pink flamingos and aluminum siding.  And don’t forget the lawn gnomes. I don’t know if lawn gnomes are culturally appropriate on the West Bank but, hey it could be a niche market.  No word on if those small and medium businesses will be union shops, have to provide health care, and start employees out at $15 an hour. Wait, that’s only here the government wants to do that. Sorry. My mistake.

The GAO, which is the Government Accounting Office, (Yes the government is allegedly accountable for the money it spends. Pause for laughter) issued a report on it this week. According to a convenient flow chart the Middle East Investment Initiative will be used to mitigate defaults. Give me a break on this one, it’s a government flowchart. They aren’t supposed to be easy to understand. The money will come through the OPIC with the support of the Palestinian Investment Fund, or PIF. The PIF was created by the Palestinian Authority, in case you were curious.

Someone should tell the West bank that if it doesn’t want to look like well, Detroit, maybe it should not accept funding from the people whose policies made Detroit look like Detroit.

No word if Dodd-Frank will be used to prevent predatory lending and ensure transparency. But what did you expect. Transparency in one of the governments’ own ventures? Don’t be silly? If we had transparency, maybe we would not have given all that money to Solyndra. Or maybe we would have anyway.

There is a provision in place to vet terrorist to keep them from accessing loans, but since the government did such a great job of identifying terrorist during the Egyptian Spring, I wouldn’t get my hopes up if I were you.

Just for the heck of it, I looked through the GAO report to see if there were mandates for using green building and energy efficiency standards. I also looked to see if the feds were planning replicate the plans they have here to decide which demographics can live in certain communities I couldn’t find anything, but then again, if you read the report you will see that there is not a Federal-to-English translation.

I also didn’t see anything about how are closest ally in the region, Israel had to say about it, or if they were even consulted. That didn’t surprise me. Pre-1967 borders, anyone?