In the Name of Environmentalism 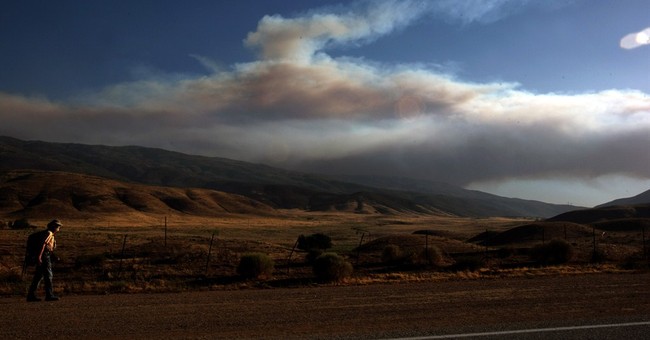 An example of said wildlife would be the sage grouse. It is a small, rather odd looking bird that lives the majority of its life in the sage brush, hence the moniker. Sage grouse found in Colorado, Utah and Wyoming are best known for their mating ritual which occurs in the spring. They gather at their mating sites, known as leks, and the males puff up air sacs in their chests and repeatedly collide with one another to impress their potential mates; which proves that the males of any species are willing to do dumb things to impress the females. But that is another column for another time. I am also told by those people who are familiar with the species that they are not the brightest birds to which God ever gave breath and often wander into roadways in front of vehicles, and subsequently into the that Great Lek in the Sky.

What is germane to this discussion is a past decision by the U.S. Fish and Wildlife Service that the sage grouse is “warranted but precluded” from membership in that not-so-exclusive-anymore list of Endangered Species. This “warranted but precluded” status is naturally of great concern to anyone who hates hunting, camping, ATVs, OHV roads, oil and gas development, legitimate elections, and anything that does not come from the Whole Earth Catalog, or the mind of Wavy Gravy. (Kids, ask your grandparents about him.)

Conservation Measures” which was produced by the Sage-grouse National Technical Team. You can read all 74 glorious pages by clicking here. During that time, western states, very aware that listing the bird as Endangered would put a stick in the spokes of multiple-use of public lands, have been working to create their own sage grouse management plans in the hope of avoiding what would in all likelihood be some pretty stringent rules by the federal government.

As it happens, Congressman Rob Bishop (R-UT) was talking with Interior Secretary Sally Jewell last month during a hearing before the House Natural Resources Committee and had some questions about emails between DOI staffers that were sent during the creation of the report mentioned above. The emails, said Bishop, indicate that perhaps the DOI did not have all of its sage grouse in a row in terms of scientific data when they were compiling the report. One such email states that in terms of recommendations: “If we don’t have the science, I am assuming it will be our best professional judgement.” (sic)

Another states: “…I don’t feel that we really got into (or had time to discuss) the current science out there on SG…so I would propose that the researchers and biologists on the NTT-maybe a few other bios if appropriate meet again in the next few months… for about three days to have a frank discussion on the various studies/papers out there …the good, bad and ugly so speak.” Yet another reads: “In one scientist review of our report, you will notice one scientis’ts (sic) concern that our report could be challenged (blowback) by outside groups without a stronger connection between our conservation measures to the available science. I have been tasked to bring the science folks from our NTT team together with an outside scientist to begin strengthening our connections.”

Still another states: “Page 11 makes references to only a few literature citations that attempt to portray the impacts of right-of-way on sage grouse. There really are no studies that have been completed that show this direct correlation.” A very interesting one complains that the BLM is being set up to fail across what is referred to as “priority habitats”. It goes on to say that nearly all of these habitats contain things like “roads pipelines, power lines homes farms well pads, etc”. The writer of the email wonders if there has been a “misapplication of professional judgment (sic) and science. One asks very simply” Does the NTT really want to recommend something that is blatantly illegal?”