Immigrants Don't Matter to Them 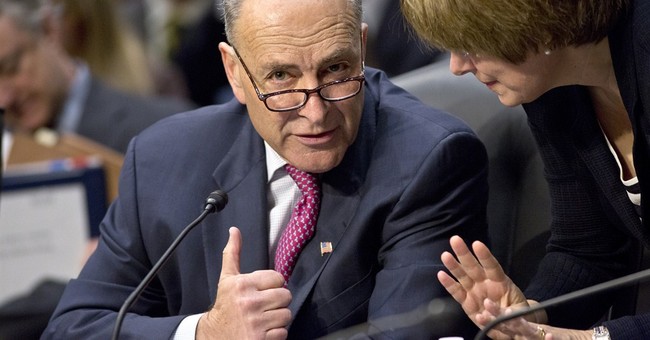 The shadows cast by pillars of blanket amnesty and unsecured borders are getting longer as the national day wears on and the Twilight of the Republic sets in.

But the prospect of terrorists slipping across the Rio Grande in the dark of the night, an unsustainable demand on social services as predicted by the Heritage Foundation, and the blasphemies of human trafficking and abuse that are part and parcel of the process of Illegal Immigration are only parts of the tragedy that is set to unfold. Even the picture of the young criminal with the picture of Barack Obama’s face surmounting the Capitol Dome tattooed on his abdomen; you know the one that is served up on the Drudge Report periodically, does not tell the entire story.

What is being conveniently glossed over amid the chants of “Si si puede! “ and the president’s warning that Republicans should not block the bill is the fact that those people from the ranks of John Q. Public that are championing amnesty are so complicit in their own demolition.

Were I to have a chance to speak without interruption to these illegal immigrants, I would say to them this:

In all honesty, those championing amnesty and open borders in truth do not give a tinkers damn about your life, your families or your fate. Democrats want amnesty so that you will give them all of your votes. Republicans are championing immigration reform so they can have some of your votes: enough to stay alive at the very least.  Which leads me to a very important point: you don’t matter to them.

I know of what I speak, as many Townhall readers know I was raised a left wing Democrat and saw first-hand growing up that people of color, minorities, call them what you will, are given value by virtue of the fact that they are perceived to be downtrodden, helpless and in need of a Great White Father (or Mother) to shepherd them through life. It is a unique variety of contempt, but it is contempt nonetheless, made even more vicious by the fact that it is masked with the thin veneer of pseudo-compassion.

That liberal icon, LBJ, architect of civil rights legislation and the proponent of the alleged Great Society expressed it better than I ever could when he said of his work while in the Oval Office: “My goal is to keep those n****** voting Democrat for the next two hundred years.“ That task now falls to you. The Left has perpetrated on you the most insidious form of racism. It is a racism that echoes that of Democrat slave owners in the Antebellum South who believed that keeping blacks in chains and in the fields was for their own good, as they did not possess the wherewithal to survive on their own,

And consider for a moment, the country into which you seek entry.

At this moment, young people who for the better part of last half-decade have been encouraged to display themselves on Facebook, YouTube and less savory parts of the media, are now shocked that the government has been collecting data on them that they, as slaves to a mercurial 21st century media have so willing provided.

Occupy Wall Streeters spent a summer refusing to earn a living and demanding that a small portion of Americans support them.

Emerging college students who can neither read nor write indebted themselves for the rest of their lives to regurgitate 1960’s dogma learned by rote from colleges and universities interested only in tenure and in free money from the government. They have earned useless degrees and complain that they cannot repay the loans they thoughtlessly incurred.

Flash mobs raid stores not for food or for clothing but for high end tennis shoes and electronics.

You are encouraged to sign up for government benefits that will in all likelihood cease to exist within the next five years, because there will not be the funds available to support them.

Men are taught to be women, and women are taught to be angry. And everyone is taught to loathe depictions of the Holy Family at Christmas time, since that offends the tender sensibilities of immature malcontents who cannot find it within themselves to get a real job. In fact, your votive candles and rosary beads are viewed with contempt by your ersatz masters.

You will be forced into high-rise tenements in grimy cities to preserve a landscape you will never be allowed to see.

And you are being told that the right to defend your home from robbers and your children from perverts belongs not to you but to your government. Your home is not your castle, your home is a space provided by your Betters, and how dare you seek to defend your family from those that would do you harm! And that is a situation, which as I understand it is endemic in Mexico right now.

You will cede any right to choose your medical care, which will be provided solely on the basis of your potential value to the Administrative Branch.

You are allowing yourselves to become indentured servants to faceless, emotionless masters who see you as a statistic and as a way to keep themselves in business until they can begin to draw retirement, and move to opulent palaces of which you will be the groundskeepers.

Lest you think for one moment that these are the ramblings of the stereotypical “angry white male” who is aghast at the idea that his kind will cease to exist by 2043, I write this with my two month old granddaughter  less than five feet away asleep in her crib. She was born with a heart condition that almost proved to be deadly, and she may develop more disabilities as she grows older. And she is part Mexican.

It is my prayer for her that the Administrative Branch to which you have pledged your fealty will not look on her as a burden for whatever she may face in her years to come, and not label her as useful by virtue of her ethnicity. But rather, that she will inherit a nation that values her as an individual, with goals, dreams, aspirations and abilities that are all her own.

And believe it or not, it is my prayer for you, as well.