LA's Westside: The Economic Boom On The Local Level

Lawrence Meyers
|
Posted: Jul 09, 2018 3:04 PM
Share   Tweet
The opinions expressed by columnists are their own and do not necessarily represent the views of Townhall.com. 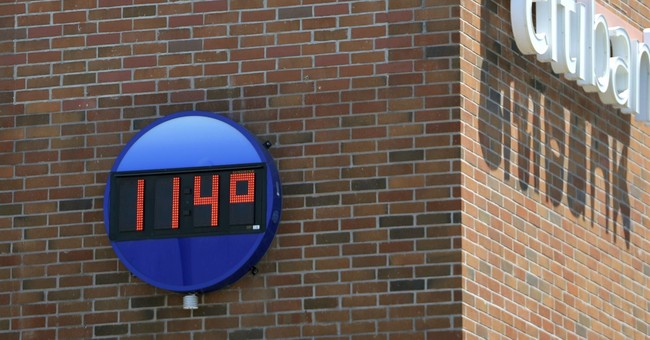 Former House Speaker Tip O’Neill once said that “all politics is local”.  It’s easy to forget unless you are paying attention.

The recent economic expansion and tax cuts don’t only manifest in aggregated federal  statistics.  If you really want to see how strong economic growth is changing America, look to local communities, and local real estate development.

Nowhere is that more true than right here, on the westside of Los Angeles.  The good economic times have provided two real estate firms with both an excuse, and the capital, to re-develop a famous mall into high-end office space.

You’ve seen The Westside Pavilon mall.  It shows up in Tom Petty’s famous “Free Fallin’” music video. For me, the Westside Pavilon was the center of my retail shopping and indie-film nerd life in the 1990’s.  With its glistening atrium spanning the entire length of the mall, three floors of retail stores, and a quirky parking garage I still can’t find my way out of, the Westside Pavilon is widely regarded as a Los Angeles landmark.

Alas, over time, business has slowly trickled away.  A major aspect that once made the Westside Pavilon attractive – its location in a moribund no-man’s land between Santa Monica, Westwood, and Century City – came back to haunt it.

The demise of Westwood Village to the north was the first problem.  Once the movie theater capital of the world, with no fewer than eight cinemas in the space of just a few square blocks, and located just outside UCLA, the Village failed to innovate and upgrade itself.  Its irrelevance pushed LA residents towards Santa Monica (to the west) and upscale business-oriented Century City (to the east).

As more traffic went in those directions, developers understandably threw massive capital investments there as well.  A complete re-envisioning of Santa Monica Place into a spectacular outdoor experience, and Westfield’s $1 billion renovation of its Century City Mall into a luxury destination, only fueled more attention to those locations.

Add in the Amazon effect on brick-and-mortar retail, and the Westside Pavilion took on the image of old Carl Fredericksen’s house in Pixar’s movie, “Up”-- a relic of the late 20thCentury, that even a state-of-the art Landmark theater complex couldn’t revitalize (and let me tell you, it gives me no pleasure writing that last sentence.  I have a real attachment to the place).

Fortunately, like old Carl, the Westside Pavilion has a second act.

The mall is jointly owned and managed by Hudson Pacific Properties, L.P. and Macerich Co.  Together, the two real estate investment trusts (REITs) handle over 100 properties, and Hudson specializes in California assets.

Like all businesses, management must decide how to optimally deploy capital investment.  Given the wealth of opportunity available, it speaks volumes about the state of the economy and capital savings via the tax cuts, that the partnership is choosing to transition the Westside Pavilion from retail to office space.

While roughly 20% of the mall will remain retail, the rest is expected to be leased out to high-end companies like Netflix and Google, both of which already lease other Hudson space.

Think about this for a moment.  Despite solid economic growth, most malls are getting hammered as retail anchor stores shut down.  Indeed, Macy’s shuttered its Westside Pavilion outlet and Nordstrom moved to Century City.  Meanwhile, commercial office space is in high demand, and Hudson and Macerich’s management have the vision to convert an existing space and entice the cream of the commercial crop to plant their flags – something that might not have become a priority had the economy not been this strong.

This is what I mean by observing the effects of an economic boom where it matters – at the local level.

I’ll tell you something else: I think this is going to be a huge win for LA’s westside. It should trigger a cascade of interest in an area that never really got discovered.  As high-end, big-name companies move offices into the area, employees and visitors are going to want to shop and eat nearby. West L.A. has always been, as I said, a kind of drab no-man’s land.  That is going to change.

There’s another reason I believe this development is going to succeed.  Macerich will likely have Julia Ladd, Assistant Vice-President of Property Management, involved in the project.  Ladd has a stellar 30-year track record at Macerich, including managing the gorgeously-designed Santa Monica Place.  As current member of, and former Chairman of the Board of the Santa Monica Chamber of Commerce, Ladd understands the area’s dynamics.

Also at Macerich is Vito Bello, whose ten year stint includes generating strategic partnerships and building the necessary relationships with property stakeholders in the Macerich family.

Santa Monica was once a moribund, and undesirable location to house retail and commercial offices. All of that changed in the 1990’s. Thanks to the booming economy and local developmental expertise, West Los Angeles may soon become the newest destination for commercial real estate.

We may have lost Tom Petty, but we won’t be losing the Westside Pavilion.