Lawrence Keane
|
Posted: Jan 31, 2020 11:11 AM
Share   Tweet
The opinions expressed by columnists are their own and do not necessarily represent the views of Townhall.com. 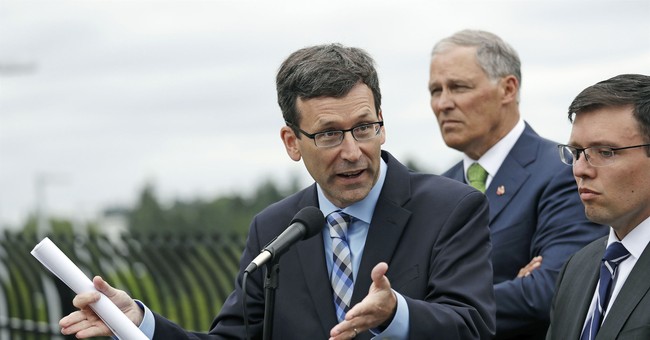 With the Senate impeachment trial dominating the headlines lately, there hasn’t been much room for other news to break through. Consider, for example, the Trump administration’s publication last week of the final rules that change which agency and which regulations oversee the export of firearms and ammunition. This is newsworthy because the change was initially proposed by the Obama administration and modernizes a Cold War-era export control regime that treated a small-caliber single shot hunting rifle the same as a military tank or jet fighter. These rules still subject the export of sporting firearms and ammunition products to stringent scrutiny and align with the same restrictions on many other U.S products concerning what may be legally exported under a federal license and to whom it may be sold after an interagency review process.

Despite the bipartisan nature of the reforms, some have chosen to exploit a regulatory update for political purposes, both during the prior administration, and today. The most recent political red herring concerns the publishing controls of online blueprints to 3D print firearms. The State Department controls the publication of technical information like this if it can be accessed by a foreign national or – in essence - exported. That simple fact isn’t stopping a group of 21 state attorneys general, led by Washington’s Attorney General Bob Ferguson, who filed a federal lawsuit against the State and Commerce departments alleging that if the final rules take effect, these files “will instantly become easily accessible both within the United States—including within the Plaintiff States’ borders—and outside the United States.”

Their unfounded fear was that once firearms and ammunition were transferred over to the Commerce Department, these blueprints would be uncontrolled. Before getting into the fact that the new rules do in fact maintain regulations, it’s important to note that this concerns export rules, not the existing federal and state laws governing the 3D printing of firearms in the United States. Nothing in the old export control rules or in the new rules could possibly regulate the transfer of firearms or related software between U.S. citizens, within the United States. That’s simply not what export regulations cover.

The problem with the lawsuit is clear, however. The plaintiffs haven’t read or don’t understand the final rules. If they did, they could see that the Commerce Department already took their irrational concerns into account. As the final rule states, “Certain software and technology capable of producing firearms when posted on the internet under specified circumstances is being controlled under this final rule in order to protect important U.S. national security and foreign policy interests.”

In other words, 3D printing files will still require an export license to publish online where a foreign national may access them, as they do under the current regulations. As we said earlier, export regulations do not and cannot control domestic activities. Of course, the lawsuit was hastily and sloppily drafted, judging from the other mistakes in the lawsuit, such as naming as a defendant Nazak Nikakhtar, who stepped down from the listed capacity last summer, and who is also a woman, not a man as the lawsuit notes.

Of course, despite the red herring of 3D printing, U.S. citizens can make their own firearms for personal use. Without the need for an expensive 3D printer (which, incidentally, don’t make reliable firearms and require a steep learning curve), an individual can learn how to make a firearm online, or in his or her local library, and do so using machine shop tools in their garage. The advent of new technology doesn’t change that long-standing right. It also doesn’t negate the Undetectable Firearms Act that makes it illegal to make or possess a firearm that can’t be discovered by a metal detector.

Rather than accusing the government of not following the proper procedure for a regulatory change (which they did), or insisting that export regulations are the proper vehicle for their domestic gun control agenda (it’s not), the firearms and ammunition industry would urge the state attorneys general to read the rules and get their facts straight.