We Are Being Ruled by Fear and Deceit

Laura Hollis
|
Posted: Aug 12, 2021 12:01 AM
Share   Tweet
The opinions expressed by columnists are their own and do not necessarily represent the views of Townhall.com. 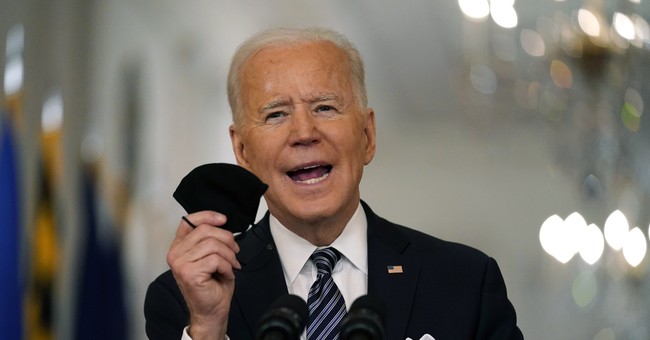 Americans have always been courageous. Whether people crossed a land bridge or an ocean to get here; whether they came by choice or because they felt they had no other options; or even if they were brought here against their will; it took fortitude and tenacity to survive. Americans fought a war for our independence from Great Britain, a war to keep the country intact and eliminate slavery, and in two World Wars in defense of freedom. The bravery, imagination, work ethic and strong moral compass of Americans helped build the freest and most prosperous nation in the world.

So when did we become crippled by fear? When did our policies and our national dialogue become rooted in fear and deceit?

The COVID-19 pandemic comes immediately to mind. Although this virus has a 99% survival rate, the nation has been gripped by an irrational panic. "Fourteen days to slow the curve" has turned into 18 months of "Oh, my God, we'll never go back to normal again!"

The country's response to the pandemic has been negatively affected by the government's inconsistent messaging (Masks don't work! Masks are vital!), outright deceit (Lab leak? What lab leak?), seemingly endless power grabs and abject hypocrisy (Fancy restaurants, private salon sessions, trips out of state and maskless parties for me; lockdowns for thee). The same people who proclaimed that they wouldn't take a vaccine that was developed under the Trump administration are now bemoaning the fact that so many Americans were listening and now don't intend to be vaccinated.

Far worse, however, has been the complete inability to have an honest conversation about anything related to the virus, whether it's the source of it, the efficacy of masks, the risks of experimental use vaccines or the desirability of particular drugs as treatments for those infected. Anyone -- including scientific and medical professionals -- attempting to ask meaningful questions or provide accurate information has been silenced and censored by mainstream and social media. Just this week, Sen. Rand Paul, a physician, was suspended by YouTube and had his videos pulled down for the audacity of discussing the science of masks and vaccines. YouTube, Twitter and Facebook have been good little secret police, suppressing information that the government doesn't want the public to know -- especially information that proved to be true.

While COVID may be the most obvious example of policies dictated by fear and deceit, it isn't the only one.

Across the country, policies hastily put in place purporting to protect transgender individuals are similarly flawed. Notwithstanding our sympathy for those dealing with gender dysphoria, Americans know that a man does not become a woman, nor a woman a man, simply by declaring it to be true, wearing clothing typically associated with the opposite sex, taking hormone treatments or even surgically altering their bodies; none of this changes the biological reality at the genetic level. But no discussion of facts is permitted when activists clamor for biological males to be able to use girls' locker rooms and bathrooms, to be housed in women's prisons or to compete in women's sports. Those who dare raise issues of safety, personal security or basic fairness are frequently silenced with shrill accusations of bigotry and hatred.

It seems that politicians are afraid of activists in many areas of public policy, and Americans across the board are paying an awful price.

The homeless problem in California is notorious. Los Angeles and San Francisco have staggering numbers of people living in the streets. Many have untreated mental illnesses. Homeless encampments are rife with violence and drug use. Urine and feces are everywhere. Why has this been permitted to happen? Because political leaders are afraid to tackle difficult problems; afraid to stand up to activists touting pie-in-the-sky theories and wholly impractical solutions; afraid to be seen as "uncompassionate" (as if the current conditions are "compassionate"). So everyone suffers as our cities become festering pits of poverty and disease.

And crime. Last summer, while Americans were locked down and prevented from working, seeing family or being with dying loved ones, maskless mobs took to the streets, looting and burning in a $2 billion rampage following the death of George Floyd. Politicians hastily proclaimed those protests to be just as important to public health as the COVID rules, and therefore acceptable exceptions to them.

Nonsense. The real reason? They were afraid to say anything else.

The same can be said of groups like antifa that have wrought havoc in Portland and Seattle for years, enabled by feckless politicians too cowardly to take meaningful action against criminals. Citizens of those cities are fed up. County workers in Seattle staged a walkout protest last week with the theme "still not safe."

Chicago makes the headlines daily with record-breaking gun violence and murders. Violent crime is bad in other U.S. cities as well. But we will not solve the problem until we can have an honest conversation about real root causes of poverty and lawlessness in this country, which are not "racism" or "white privilege," but the breakdown of the family, caused in large part by the wretched excesses of the so-called "sexual revolution." Alas, no one in the "cool crowd" wants to admit that the promiscuity they've been very profitably peddling for the past 50 years has been a social and cultural disaster.

Much is made of the threats from China and Russia. But we are being destroyed from within by a political, social and cultural class that is determined to rule by fear and deceit.

Enough. If we do not put an end to this, we will soon be destroyed by it.