When Moore Is Less

Laura Hollis  |  Dec 14, 2017
The opinions expressed by columnists are their own and do not necessarily represent the views of Townhall.com.
Top Columns
Trending on Townhall Media 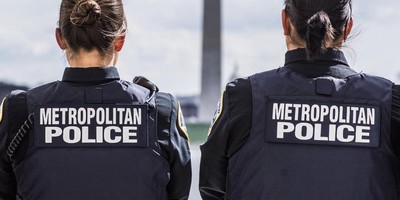 The loss of the Alabama senate seat to a Democrat -- never-Trumper I-told-you-so's and DNC reveries notwithstanding -- says a lot less about President Trump than it does about the Republican Party leadership. The most important takeaway from Roy Moore's loss is the same one from Donald Trump's win:

Conservative voters want Republican candidates to champion conservative positions and, once elected, to act on those principles.

The GOP leadership, regrettably, has gotten so good at playing it safe that they no longer know how to lead; their entire strategy seems to consist of trying not to lose. How many times have they propped up lackluster and uninspiring candidates as "electable" because their views wouldn't offend the leftist media (which is going to oppose and mischaracterize conservative policies no matter what)?

We now have a Republican-controlled House and Senate that can't seem to cobble together a single legislative victory, filled though they are with "electable" people. Why are we surprised? Timid candidates chosen to win congressional seats by not rocking the boat don't change their stripes once they get there.

And this assumes that they do win. Often, they lose because they can't mobilize the base to get out and vote, whereupon they are both castigated by the press as "extremist" and defeated by the Democrat on the ticket. At which point, the GOP says, "Golly, we need someone who's even squishier on the issues."

Lather, rinse, repeat. How often do we have to watch this movie?

Too often. This was the backstory in Alabama.

Senate Majority Leader Mitch McConnell and the RNC backed establishment candidate Luther Strange for Jeff Sessions' vacated senate seat, over the more conservative candidate Mo Brooks. Strange was already tainted by the circumstances of his special appointment by the outgoing governor of Alabama, who resigned in a sex and financial scandal -- that Strange was investigating as Alabama attorney general at the time. But Strange was viewed as more "electable." And a Republican seat in Alabama was always safe, right?

This inscrutable ignoring of the message voters sent the GOP in 2010 and 2014 and 2016 set the stage for someone -- anyone -- else to enter the primary race. Cue Judge Roy Moore and the predictable disaster on Dec. 12. It's a mark of how frustrated voters are with GOP leadership that so many would stand by Moore even as multiple credible allegations came in about his penchant for dating teenaged girls when he was in his 30s. (And this amidst a national sexual harassment and assault scandal of unprecedented proportions.)

In 2016, Trump proved that a broad cross-section of voters would rally behind someone who could both push back against the media and make a case for conservative principles. Trump -- hardly a rock-solid conservative -- has done a surprisingly good job emphasizing issues important to conservative and moderate voters: a smaller federal government, lower taxes, pro-business, pro-military, pro-middle class, border enforcement.

In spite of Trump's victory, the GOP -- aided and abetted by the #NeverTrump conservative media personalities -- distances itself from the president, unable to distinguish the difference between personality -- which is Trump's -- and policy -- which is the voters'.

The pundits don't see it that way. National Review's editors wrote that Steve Bannon and Moore's supporters want to "tear down the GOP for fun and profit." I can't speak for Steve Bannon, but what voters want is for Republicans to get in there and do something. We gave them the House; we gave them the Senate; we gave them the White House. Trump's incendiary tweets, Ronan Farrow's investigative journalism, and the newly empowered #MeToo revolutionaries have exposed and discredited much of the press. For heaven's sake -- what are they waiting for?

It looks all-too likely that the GOP will yet again learn the wrong lesson from Moore's embarrassing defeat and make two catastrophic mistakes.

The first would be to retreat to their familiar "electable" argument instead of backing a fearless conservative (without a pervy past next time, thank you very much). To do that will all but ensure that even a hysterically leftist Democrat candidate would defeat a bland pabulum Republican, with disillusioned and betrayed conservative voters staying home.

The second mistake is a paralyzed and moribund Congress in 2018. If the GOP doesn't come out swinging and get things done legislatively early next year, they're setting the stage for primary challenges. Some of these may be breaths of fresh air. But others will be -- a la Richard Mourdock, Todd Akin, Christine O'Donnell and Roy Moore -- truly execrable. Enough of those, and Republicans will have squandered the opportunity of a lifetime to lead the country, and will hand control of Congress to a Democratic Party that is further left than anything we've had so far. The next candidates the DNC throws us will make Barack Obama look like Barry Goldwater.