The War on Men

Laura Hollis
|
Posted: Nov 30, 2017 12:01 AM
Share   Tweet
The opinions expressed by columnists are their own and do not necessarily represent the views of Townhall.com. 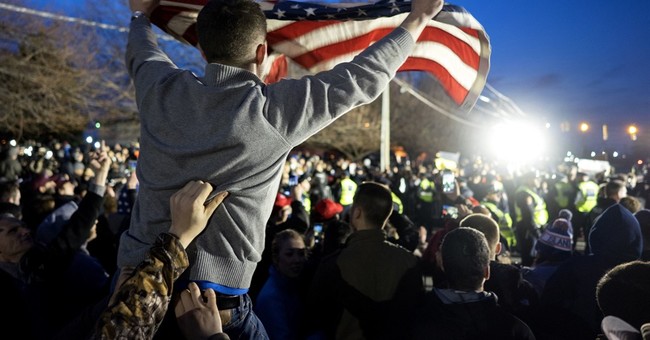 This is going to be an unpopular opinion, offered as it is in a maelstrom of headlines and revelations -- many long overdue -- about powerful men who have sexually abused, harassed, assaulted or otherwise exploited others. Each day brings new allegations, and nearly every day, more heads roll. But obscured behind the legitimate outrage against sexual predators is an unceasing cultural onslaught against men that should concern us every bit as much as the predation dominating the news.

I am absolutely not referring to current efforts to expose the men accused of sexual harassment or assault. The men who engage in that behavior deserve the public opprobrium they’re getting. I am speaking of a longer-term and more insidious attack against men -- and masculinity -- generally.

Masculinity itself risks becoming a dirty word. Across the country, workshops are being held to teach men how to avoid “toxic masculinity.” It’s one thing to suggest, as some of these workshops do, that there is healthy and unhealthy masculinity. (Personal definitions of “masculinity” that equate maleness with violence or exploitation, for example, are clearly detrimental.) But the same could be said of any human attribute or relationship. There are toxic parents, toxic spouses, toxic co-workers; there is healthy self-love, and then there is narcissism, and so on.

It is something else altogether to suggest that masculinity is in and of itself toxic -- a not-infrequent idea expressed on social media and by some so-called feminist writers. A workshop offered at the Claremont Colleges last year was promoted with a flier that read, in part, “Masculinity can be extremely toxic to our mental health…” Such a view smears all men, simply because they are men.

We have seen a similar dynamic play out in discussions about race. Decades ago, efforts were made to raise awareness about eradicating “discrimination,” which focused on actions that were unfair and harmful to racial minorities. Later, the conversation broadened to “racism,” which focused more on attitudes behind the actions. Recently, however, these have morphed into “white privilege,” which conveniently requires neither reprehensible individual conduct nor hostile personal attitudes in order to impose culpability. This trajectory reaches its logical conclusion in the statement that “all white people are racist” just by virtue of being white -- a sentiment so pervasive that Googling it brings up dozens of videos and articles making that very argument.

Is it a stretch to worry that the same kind of attitude is developing toward men? I don’t think so. Earlier this week, a nurse named Taiyesha Baker who worked at Indiana University Health posted a tweet which read, “Every white woman raises a detriment to society when they raise a son. Someone with the HIGHEST propensity to be a terrorist, rapist, racist, killer and domestic violence all-star. Historically every son you had should be sacrificed to the wolves B*tch.” IU Health later released a statement saying that the nurse in question no longer worked for them.

That may be one rash tweet. But author and columnist Stephen Marche published a serious piece in The New York Times on Nov. 25, “The Unexamined Brutality of the Male Libido.” Drawing precisely the wrong conclusion from the Weinstein et al parade of horribles, Marche invokes the notion of Freudian repression and intones soberly, “If you let boys be boys, they will murder their fathers and sleep with their mothers.” He concludes, saying, “It is not morality but culture -- accepting our monstrosity -- that can save us. If anything can.”

Where to start? Are we seriously going to argue that male sexuality has never been “examined”? Not all men are monsters. And morality shapes culture. But that conclusion is deeply unpopular with large segments of the American population, especially on the left. The “anything goes” ethos of the sexual revolution -- and the abandonment of individual restraint and traditional sexual morality -- has only empowered the Harvey Weinsteins of the world.

Nor do these pronouncements happen in a vacuum. Over the past couple of years, there has been an explosion of media coverage -- almost a fetishizing -- of transgender and other gender-nonconforming individuals. It isn’t limited to Caitlyn Jenner, Chelsea Manning or other adults. The New York Times published an article last week titled, “His Eye Makeup Is Way Better Than Yours,” in which the author sings the praises of young boys who have become social media sensations for their adept application of makeup. Marie Claire magazine calls them “the beauty boys of Instagram.” The youngest boy in the story is 10.

While heterosexual and “cisgendered” men endure a barrage of criticism and suspicion, the media fawns over men who wear makeup, dress like women and cut off their genitals.

The symbolism here is profoundly disturbing.

There have always been men who exploited their power over women (or children, or other men). But this is not characteristic of all men, and saying so is a terrible slur. The solution is morality -- a return to sexual restraint, and personal and professional decorum.

What we need are more men who are trained to be gentlemen, not boys who have been indoctrinated to be feminine.