Laura Hollis
|
Posted: Jul 28, 2016 12:01 AM
Share   Tweet
The opinions expressed by columnists are their own and do not necessarily represent the views of Townhall.com. 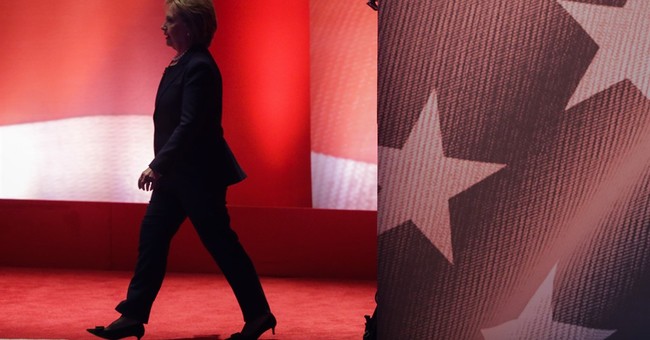 Trending
They said it couldn't happen: Donald Trump is the Republican nominee for president. And, predictably, the media has a collective case of the vapors.

Ezra Klein (of JournoList fame) has penned a piece for Vox titled, "Donald Trump's nomination is the first time American politics has left me truly afraid." Klein then provides a laundry list of what he thinks are Trump's distinctively disqualifying character flaws. But, oddly enough, they sound a lot like our current commander in chief. A few examples:

"Trump is vindictive." But President Obama said, "We're gonna punish our enemies and reward our friends."

"Trump is a liar." Wow. Did Klein somehow miss Obama's whole "You can keep your doctor and your plan" World Tour?

"I think Barack knew that he had God-given talents that were extraordinary. He knows exactly how smart he is. ... And he knows that he has the extraordinary, uncanny ability -- to take a thousand different perspectives, digest them and make sense out of them, and I think that he has never really been challenged intellectually. ... He's just too talented to do what ordinary people do."

"Trump has proven too lazy to learn about policy." But according to a Government Accountability Institute report, Obama missed over half of his daily intelligence briefings during the first six years of his presidency. Let me guess: He knows more about intelligence than his intelligence briefers? That must be why his foreign policy is such a huge success.

But here's the part that takes the cake: Klein starts his editorial by saying, "Trump is not a man who should be president ... This is not something I would say about Mitt Romney or Marco Rubio."

Ezra Klein must think the American public very stupid, indeed. Because we remember quite clearly what the left-wing press has said about Mitt Romney. And Marco Rubio. And Paul Ryan. And Bobby Jindal. And countless other decent conservative men and women who are consistently ridiculed, demonized and accused of viciousness: "Racists! Bigots! They hate gays/blacks/Hispanics/the poor! They want to take us back to segregation, slavery and the Dark Ages!"

The press chuckles to themselves, even as they write the accusations they know are lies. They don't care. Because it works.

Here's my message to the press: Falsehood has a price, and you're paying it now.

Your lies and manipulation, your incestuous relationship with the White House, your deceit and pretense of objectivity, and your hyperbole have completely discredited you.

Now that you think that there truly is something to fear, nobody's listening. And it serves you right.

You helped create the candidacy of this man. By stomping on Republican candidates until they cowered before you and bent themselves to your will, you ensured that conservative voters would gravitate to someone who could beat you at your own game.

Donald Trump has done that. He has out-Tweeted you, out-bombasted you, out-accused you. You're so accustomed to an obsequious GOP that you don't know what to do with a candidate who thinks that all press is good press.

But ... but ... doesn't the public care? Don't evangelicals care about Trump's multiple marriages and affairs? Don't working-class people care about his ostentatious wealth? Don't Republicans care about his financial support for Democrat candidates?

Or maybe, it's not that voters don't care; it's that they've figured out that you don't really care. If you did, then you'd have cared about Bill Clinton's sexual activities. You'd care about Hillary Clinton's manifest deceit. You'd care about Benghazi, Obama's lies about Obamacare, and his inscrutable obliviousness about Islamic terrorism. You'd care about inner-city violence as much as police brutality. You'd care about the breakdown of the family, the sexualization of childhood and the spread of sexually transmitted diseases, as much as or more than you celebrate the sexual "liberation" that has made this painful reality. You'd care about the tens of thousands of illegal immigrants who have committed crimes. (No, not the "paperwork" crime of being here illegally, but rape, assault, vehicular homicide, armed robbery, murder.)

Americans have figured out not only that much of the press loathes and looks down on everything they stand for -- you know, that whole "God, guns, glory" thing that plays so well in flyover country.

So, no, Klein, the Americans supporting Donald Trump (or Bernie Sanders, or Gary Johnson, or Jill Stein) aren't listening to you anymore. They may not completely trust Donald Trump. But they completely mistrust the press. And they'll back anyone who stands up to you.

I don't think Donald Trump is a monster. But that's not the point. You apparently do. Want to know who to thank or blame?

Just look in the mirror.