The Real Threats to Our Liberty 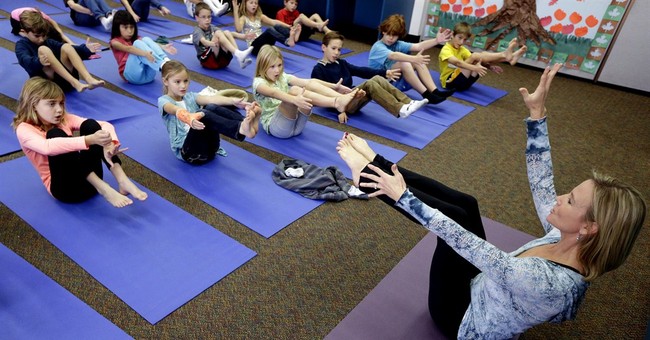 It's a predictable tradition for columnists to offer things for which we ought to be thankful on Thanksgiving. High on that list is usually our liberty and the freedom and prosperity we enjoy here in the United States. Ordinarily I would avoid such an overused topic. But this year it seems that a reminder is necessary, particularly in light of recent events on college campuses.

It is bad enough that so much of the behavior at college -- substance abuse, the "hookup culture," the obsession with pornography -- threatens students' emotional and physical health as they move into adulthood. But it is what's being taught, espoused and modeled about the foundational structure of our nation that gives me such concern about the future.

America's young people should be idealistic and positive, grateful to live in one of the freest countries in the world and excited about their abundant opportunities here. Their education should reinforce their extraordinary experience of the United States, not least by providing a historical context that shows, by contrast, the misery in which of most humanity has lived -- and continues to live.

Valuing that which has made all of this possible is not at all inconsistent with an education that also explores in painful detail the shortcomings, past and present, of the U.S.

And yet, instead of celebrating the constitutional rights and amalgam of cultures that uniquely distinguish the United States, today's college students seem perennially angry, aggrieved, looking for slights, real and perceived, everywhere. They are being taught to view the very rights that protect them -- and everyone else -- as the source of the problems they see, and to believe that the dismantling of those rights will be the solution.

By way of example, consider this week's Chronicle Review, which features not one but two stories that demonstrate just how convoluted our national dialogue has become.

The Review's cover story is titled "When Free Speech is a Tool of Oppression." In it, author Kate Manne attempts to defend the recent student protests at Yale and elsewhere. She argues that defense of free speech is really just another way of telling people with unpopular opinions to shut up. And yet, it was not defenders of free speech who were insisting upon silence -- it was those claiming to be oppressed by others' speech (or, in some cases, lack thereof).

What is the message here? Speech I like is protected. Speech I don't like oppresses me and should be forbidden. This is completely counter to the entire purpose behind freedom of speech -- particularly when (as is the case) students are demanding that the authorities silence those with whom they profoundly disagree: university administrators today; government tomorrow.

The Review's next feature piece is "Why Two Children Is Too Many," a chipper if cautious review of Sarah Conly's new book, "One Child: Do We Have a Right to More?" in which she argues that "procreation is not a private act," and that the government should be able to penalize couples that have more than one child. The reviewer cites numerous other academics' works along the same lines. Even as China drops its oppressive (and murderous) one-child policy, American academics are all too happy to jump into the breach. Lovely.

The University of Ottawa cancelled yoga classes when complaints were raised that such classes taught by and for westerners smacked of "cultural appropriation" and was insufficiently sensitive to populations that have suffered "colonialism" and "cultural genocide." Canada, like the United States, has been remarkably successful at integrating peoples from vastly different cultures. Where will this new hypersensitivity take us? Italians can complain that "real" pizza doesn't use much mozzarella. Mexicans could rightly protest that what passes for "Mexican" food here bears no resemblance to the real thing. Everyone knows that "Champagne" only comes from a specific region in France.

Instead of the sharing of cultures that has enabled us to appreciate and learn from each other, we would now have a system in which soi-disant purists declare who is and is not permitted to use, practice, consume or otherwise enjoy the creation of another culture. This is neither freedom nor progress.

It should be no surprise that young people steeped in this authoritarian worldview from the moment they arrive on campus eventually begin to echo it: Certain speakers must not be allowed on campus! Certain viewpoints make us feel unsafe! Anyone with whom we disagree must be silenced! Punished! Fired!

It is hard to overstate how profoundly dangerous these ideologies are. Far from the societal "progress" or "liberation" these movements are sold as to an unsuspecting public, those with this mindset will happily elect politicians who will punish dissent, squash speech, trample upon civil liberties, and deny the very existence of truth.

There are some voices calling for sanity. Those of us who support legitimate inquiry, serious education, and a free society had better support them, align with them, make them visible, and then pray that they prevail.

It is not enough to be grateful for our system of government and the corresponding liberties we enjoy. But it's a start. If we do not appreciate it, we will not long protect it. In today's world of random violence and political upheaval, it is easy to fall prey to the notion that terrorism is the greatest threat to our liberty.