We Have Been Betrayed 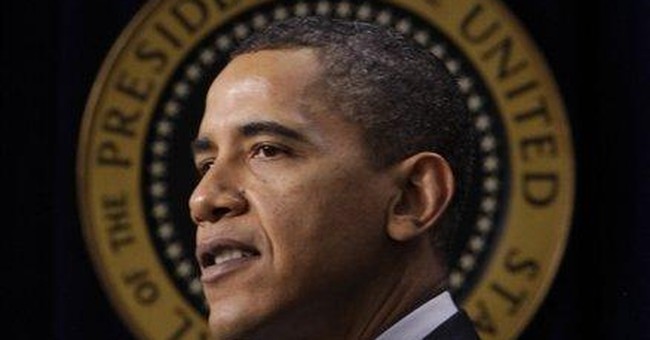 We are being betrayed by those we elected to represent us.

If the Senate vote over the weekend proved anything, it is that word “moderate” is synonymous with “spineless” on both sides of the aisle.  (Merriam-Webster’s online dictionary offers this definition, among others: “Having average or less than average quality.”  No kidding.)

Senator Mary Landrieu sells her vote for a $300m check for Louisiana, and then brags that just because she voted for cloture doesn’t mean she’ll vote for the bill, whatever it looks like when it’s done.  Landrieu, Blanche Lincoln of Arkansas and Ben Nelson of Nebraska hope you won’t notice that while it takes 60 votes for cloture or to end debate on a bill, it only takes 51 votes to pass the damn thing.

So, while Landrieu, Lincoln and Nelson could have used their power as “moderates” to stop debate on the monstrosity currently festering in the Senate (and thus postpone the possibility of passage), they can’t stop passage even if they do vote against the bill.

So much for the so-called “moderate” Democrats.

But this takeover of the private sector cannot be laid solely at the feet of those limp-wristed sellouts in the Senate.  The elections in 2006 and 2008 set the stage for this looming catastrophe.  All you right-wing voters who stayed home, voted for a third-party candidate, or otherwise registered a “protest” vote in those two elections, how’s that “lesson” for Republicans working out for you?  I wrote at the time - and I was far from the only one - that the “lesson,” such as it was, would be learned at the country’s expense.  And so we are discovering, as the most radical Congress in the history of the country prepares to take over one-sixth of the nation’s economy.  If they and President Obama get their way, this will be followed by hundreds of billions of dollars in taxes for cap-and-trade, and hundreds of billions on top of that extorted by some faceless and unaccountable international bureaucracy to pay what is now being called the United States’ “climate debt” to other nations.

Do any of these charlatans and thieves understand that all of this money they are spending is ours????

It has become abundantly clear that our elected representatives no longer believe that their job is to represent us.  Poll after poll shows that a majority of Americans do not want government-run health care, do not think the government will provide better care, do not trust the government to run health care effectively or efficiently, and do not think either the House’s or the Senate’s bill will save money.  These beliefs are well-founded, as there is plenty historical evidence of the government’s inadequate cost projections and inability to prevent fraud.  But as it has done with every other fiscally failed policy it has created, Congress never admits its errors; it simply sticks its grubby hands into our pockets and takes more.

Since January, this Congress has passed an $800 billion “stimulus” bill that is now even lampooned by Saturday Night Live as having created no jobs.  That bill was over 1000 pages long, and not one Congressman or Senator had read it before they voted on it.

The outcry was immediate, and on April 15th,, “tea party” protests were held in hundreds of cities and towns across the country.  But instead of heeding American citizens’ calls for transparency and fiscal accountability, members of Congress ignored their constituents’ demands for responsibility, and began discussing an even larger and more profligate endeavor, government-run health care.

Frustrated by their representatives’ refusal to heed them, Americans turned out by the thousands at townhalls across the country to protest during the August congressional recess, only to hear themselves characterized as “Nazis” and “brownshirts.”  And on September 12th, tens of thousands more Americans converged on Washington, trying yet again to have their voices heard.

Congress’ response?  A 1900+ page leviathan coming out of the House of Representatives.  Two weeks later, another bill, this time in the Senate, and over 2000 pages.  Both houses of Congress seem determined to ram through a government takeover of the health care system, despite Americans’ vocal and growing opposition.  Estimated costs for each bill run around $1 trillion.  But if past is precedent, these cost projections will be well below the actual costs.  Medicare and Medicaid now cost more than ten times their original projections.  Is anyone In Congress willing to ask what will happen when Obamacare/Pelosicare/Reidcare costs not $1 trillion, but $10 trillion, or $20 trillion?  Congress may not care, but Americans do, and they are terrified.

It is not only the voters whom the government ignores.  In what is surely a glimpse of the future, the “U.S. Preventive Services Task Force” released “recommendations” last week for mammograms, a non-invasive, preventative test that has discovered untold numbers of female breast cancers and enabled them to be treated early.  Contrary to recommendations of oncologists and the American Cancer Society, this task force recommends starting mammograms for women at 50, rather than 40.

What is the basis for these “recommendations”?  Saving money.  Translation: rationing.

And the Senate version of the “universal health care” bill incorporates these “recommendations,” and then some, gutting health care for seniors under Medicare, and switching expenditures to the poor under Medicaid.  In other words, a group of bureaucrats can choose to disregard medical experts and decide what care the government will pay for.  No federal legislation has passed yet, and already the groundwork is being laid for rationing care.

We are being betrayed.  We are being stolen from.  We are being destroyed from within.  But we have been warned.  Author and economist Thomas Sowell is often quoted as saying, “Better a third-rate fireman than a first-rate arsonist.”  We have filled our Capital with arsonists, and they have got to go.

The existing Congress consists of sanctimonious frauds and petty despots.  They must be defeated in 2010, and that means no more voting for “moderates” who are willing to sell the country down the river for 30 pieces of silver.  Or $300 million; apparently, like all government spending, the going rate for betrayal has outpaced inflation over the past 2000 years.