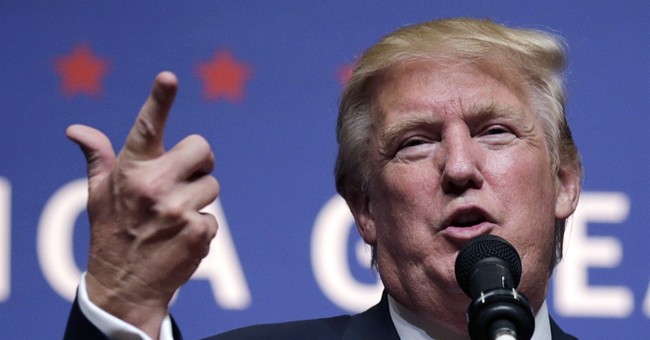 A chink appeared in Donald Trump’s armor when he spoke of Planned Parenthood.

Presidential candidate Donald Trump recently said something which will give pause to social and fiscal conservatives. The statement I am referring to is his policy position on funding Planned Parenthood.

Mr. Trump was recently appalled, like all decent Americans, of the videos of Planned Parenthood staffers discussing the sale of body parts of aborted babies. This grief and anger goes beyond the Conservative Movement and it does not take a rocket scientist to know that these are bad days for Planned Parenthood. Tens of millions of Americans are disgusted by this organization.

In a recent interview in which he was asked about Planned Parenthood, Mr. Trump said that he would fund what he calls the “good parts” of Planned Parenthood. This gives Conservatives reason for pause on a few fronts.

Religious and social conservatives do not see how it would be moral to fund Planned Parenthood in any capacity. Dr. Ben Carson, a person who has spent his life saving children as opposed to killing them, is passionately speaking about the racism and eugenics based origins of Planned Parenthood. In a December 10, 1939 letter, Planned Parenthood founder Margaret Sanger said, “We don’t want the word to go out that we want to exterminate the Negro population.”

Along with the recent revelations of selling of body parts of dead children, this is the survival of the fittest that Planned Parenthood believes in.

Such a statement seems contradictory to Mr. Trump’s assertion that the nation is in such deep debt that it is near catastrophe. It is hard for conservatives to see how funding Planned Parenthood achieves the nation’s financial goals even in the soundest of economic and fiscal times. Of particular concern for Mr. Trump is that finances and the economy are the areas where he touts his strength as amongst his best, if not the best.

Mr. Trump’s statement on Planned Parenthood, coming on the heels of past statements in which he has supported a single payer health care system, abortion on demand, a large tax on wealth to eliminate the national debt (as if leftists wouldn’t start racking up the national debt again), and other leftist policies, give Conservatives cause for concern.

Mr. Trump has said he has evolved on the issues and evokes Ronald Reagan as someone else who evolved on issues. This is true, to an extent, but it is important to remember that President Reagan always said “I didn’t leave the democratic party. The democratic party left me.” Reagan was committed to equal rights, limited government, and a strong defense. These are all Conservative positions; positions that the Democrat party has abandoned in favor of government that distrust the decency of the American people to do a better job.

Mr. Trump may have left the Democrat Party but his starting point of conversion is much more to the left than President Reagan’s. Mr. Trump should understand why there is cause for concern from social and fiscal conservatives.

Mr. Trump, as I pointed out in a recent article, has tapped into the resentment that many Americans rightly feel toward Washington. Moreover, many Americans feel Mr. Trump does care about them and their country. It is good to have someone who has power and a platform telling the truth as he sees it during these troubling times for our country without regard to the speech code of political correctness. Few candidates meet such criteria other than Senator Ted Cruz. Megyn Kelly’s gotcha questions during the first Republican Presidential debate, given at a time when America faces some of the toughest issues in its history, have only served to strengthen and embolden Mr. Trump. This resentment against the elites, combined with a love for America, is amongst the strongest points Mr. Trump has had in his candidacy.

However, Mr. Trump still has some explaining to do for social and fiscal conservatives in regards to his movement to the Republican Party, beginning with any funding of Planned Parenthood.

The Media Hates You And Is Shocked That You Hate It Back
Townhall
Here's an update about what's happened in Texas since Biden & Dems accused Gov. Abbott of 'Neanderthal thinking'
Twitchy
Chuck Todd Laughably Implies Republicans Are Liars but Dan Crenshaw Is Having None of It
Redstate
Diner Owner Sublimely Turns Tables on Snitches to COVID Hotline – 'We Deserve to Know Who We Can Trust'
PJ Media