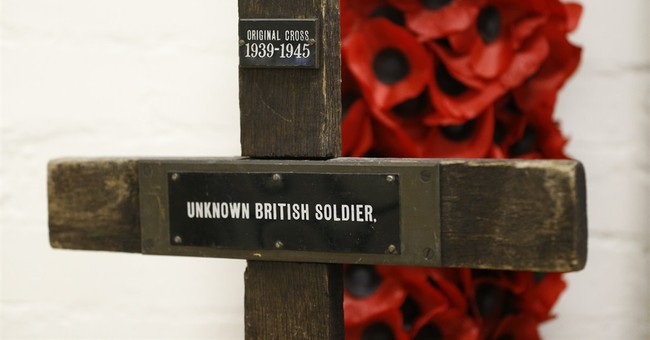 The Bible not only allows but honors the profession of soldiering.

The emergent Church and their so called mainline Protestant allies have succeeded in watering down the Gospel in the Bible, including the issues concerning war and soldiering. They should consider the damage they are doing to our soldiers and, in doing so, also consider that their views are quite UnBiblical.

Jesus called people out from their professions. Prostitution and tax collecting were not looked upon fondly, and rich people were put on warning that the love of money (not having much money but love of money) would keep them out of Heaven. Yet nowhere in the Bible is it found that soldiering is against Christ's teachings. The Old Testament Commandment of “Thou shall not murder” has been twisted into though shall not kill, under any circumstances including self defense, even though the Lord allowed and even commanded it after the giving of said commandment. The twisting has become so prevalent that one risks being called a war monger for pointing out Biblical truth.

Soldiering is given a place of high honor in the Bible, far beyond “simply” rendering unto Caesar (another commandment twisted by the left but that is for another time). Jesus told Peter to buy a sword. Saul killed his thousands and David his tens of thousands and this was celebrated, because it was for the protection of God’s people. In the New Testament, the very first person who became a Christ follower after the Crucifixion was more than likely a Roman soldier who fell to his knees and said about Jesus, "Surely this man was the Son of God." Moreover, the very first Gentile to earn the title Christian was the Roman Centurion Cornelius. It was never suggested that Cornelius resign from the military in order to become a Christian. In fact, Cornelius received a great honor by being the first Gentile to accept Christ. Further, the Lord continuously used his profession as an analogy to putting on the Armor of God or to endure hardships in the book of Timothy; like a good soldier of Christ. Soldiering by itself does not get one into Heaven, and indeed there were bad soldiers in the Bible, but the profession was thought highly enough to be used an analogy of encouragement for those who believe that Christ was the one and only way to Heaven.

Any one of us would defend our families. "No greater love hath he then to lay down his life for his friends." Only the most fanatical of people would allow an innocent to be killed. Likewise, the people we are fighting against want nothing more than to kill us and our families.

During my second tour in Afghanistan, I met up with my interpreter from my first tour. I hadn’t seen him in eight years and I asked him about one of the Afghan kids who used to work for us. The Taliban were also interested in this boy; they burned him alive after we left when they found out this boy liked the Americans. This is the evil we are fighting against. We are fighting against the people who laughed when young women were jumping out of two 110 story buildings in New York City, after using hundreds of innocent people to kill thousands of innocent people. We are fighting against people who are targeting soldiers’ family members. The churches who fail to see and call out this will not escape from the wrath of the enemy; they might just be the last killed.

Our service members need the support of our churches and are thankful for those churches that are not afraid to honor Veterans and call evil and sin for what they are. The Church is the greatest force for good in this world. It feeds the hungry, clothes the poor, and cradles the lonely, much better and more compassionately than government can. It also helps people to get to the next world. The modern, hip, Church needs to be read their Bible and see that soldiering is not only an honorable worldly profession under Caesar but an absolute Biblical profession that is given a place of high honor. This is especially needed this day and age. In World War II, nearly every able bodied young American man was in uniform for righteous causes. Now, there are only a few, rendering them and their families to be detached, misunderstood, and at worse, forgotten.

A soldier will be more likely to drown themselves in drink and sorrow instead of in the love of Christ that he, or she, so desperately needs if their church does not publicly support what they do. If churches fail to educate their congregations on what the Bible really says about soldiering, than soldiers will not feel welcome there and are not apt to hear the message of their eternal home.