Larry O'Connor
|
Posted: Jun 10, 2021 12:01 AM
Share   Tweet
The opinions expressed by columnists are their own and do not necessarily represent the views of Townhall.com. 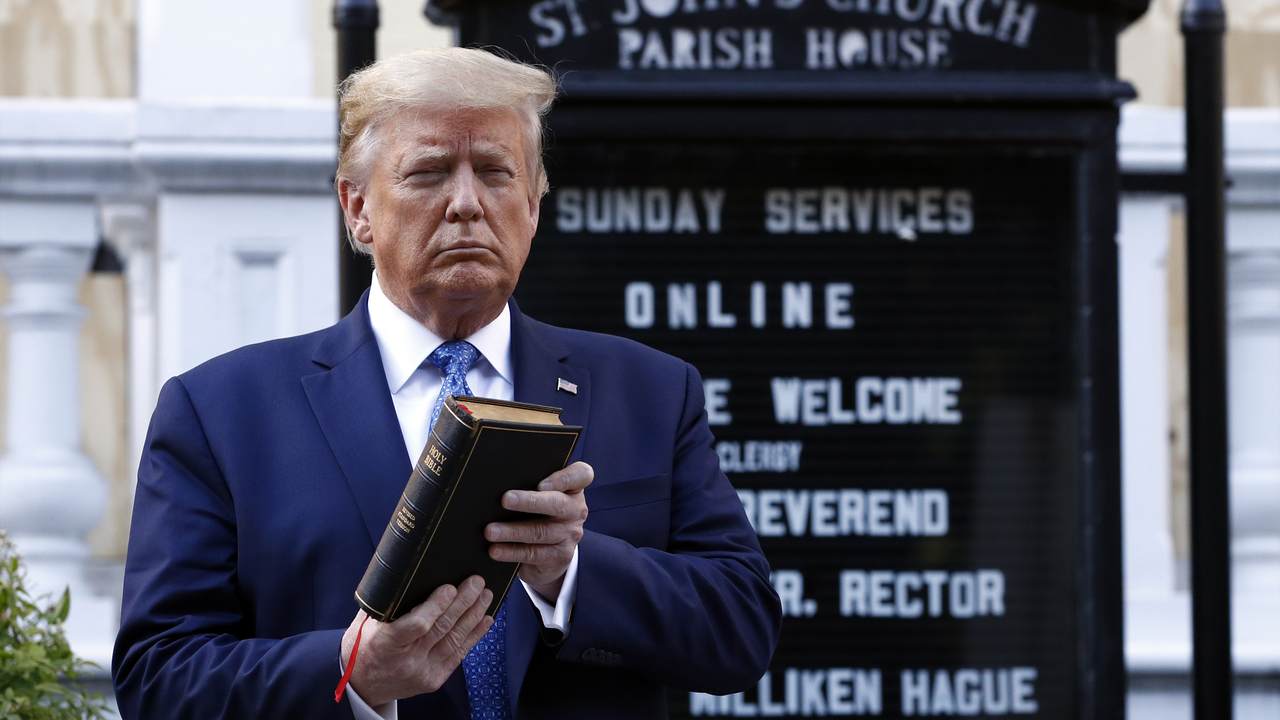 The false reporting from corporate propaganda outlets known as "Mainstream Media" has been well-documented since the earliest days of the Trump Presidency.

I always find it instructive to look back at this Federalist summary written in the first several weeks of the Trump presidency. It catalogs 16 media lies that "went viral" after Trump won the 2016 election. Who could forget the New York Magazine "report" that prominent election experts were calling for a three-state recount over their insistence that voting machines had been hacked?

On November 22, Gabriel Sherman posted a bombshell report at New York Magazine claiming that “a group of prominent computer scientists and election lawyers” were demanding a recount in three separate states because of “persuasive evidence that [the election] results in Wisconsin, Michigan, and Pennsylvania may have been manipulated or hacked.” The evidence? Apparently, “in Wisconsin, Clinton received 7 percent fewer votes in counties that relied on electronic-voting machines compared with counties that used optical scanners and paper ballots.”

None of the experts in the New York Mag article said they were planning to "release the Kracken" or anything like that, so obviously, the election hacking concerns were taken very seriously by MSNBC's Joy Reid and Politico's Eric Geller.

This is just one of the 16 fake stories The Federalist documented between November 2016 and the first week of February 2017. You get the picture: The media lied about Trump and his presidency from the get-go.

Not a new story, right? But just in the past several weeks, five major false narratives from the 2020 presidential election trumpeted by the corporate propagandists have been revealed to be outright frauds. When taken as a whole, they paint a damning picture of election interference and collusion that would get Robert Mueller's prosecutors issuing subpoenas if Mr. Trump had been involved.

Think about these stories and how they were repeated endlessly during the election and how counter-arguments were not only shouted down but were often censored and deleted from major social media platforms.

If it weren't for that corrupt behavior in 2020, it's hard to see how the election wouldn't have gone in an entirely different direction.

We know now that it is plausible, if not likely, that the Covid-19 virus that led to hundreds of thousands of deaths and a crippling of the American economy did not originate naturally as the CCP and its pals at NBC assured us it had. In fact, most evidence now points to the virus being experimented on and perhaps even engineered in a lab and accidentally (or not) released to the public.

Trump, Sec. Mike Pompeo and Sen. Tom Cotton (along with a report from the Intelligence Community) made reference to this early in the pandemic, and it was silenced and roundly condemned. If the story were seriously investigated and reported, the American public would have had better context into the origins of the virus and where the blame for the virus lay.

The "angry at Trump about Covid" vote would have been mitigated, without a doubt.

It was reported that President Trump had been informed that Russia had offered bounties to Taliban militants for any American troop they killed in Afghanistan and that Trump ignored the story and did nothing about it.

This story was repeated across the media for weeks despite the sketchy (if not outright invisible) sourcing for the original report. Then-candidate Biden repeated the story and made political hay out of it all summer in the lead-up to election day.

The story was complete and total crap.

This story had the same kind of sourcing as the "Russian Bounty" story and was disputed by multiple administration officials. It had no corroboration and was not believable from the first day it was published.  So, naturally, it was the lede story on every newscast for multiple cycles.

Trump predicted that we would have a valid Covid vaccine available by the end of 2020, with shots going into millions of arms by early January. This triumph of his "Operation Warp Speed" would allow for a return to normalcy and commerce in America by April 2021, the president promised.

He was ridiculed, fact-checked, mocked, and called a "liar."

He was right. We are living the reality right now. Imagine how voters would have reacted knowing that Trump had engineered this triumph and was responsible for getting the US government and FDA to do something they'd never done before. Do you think the election might have been different?

Trump ordered federal "storm-troopers" to blast tear gas at peaceful protesters in Lafayette Park so he could have a photo-op in front of St. John's Episcopal Church. Biden repeated this story. So did Kamala Harris. So did every news outlet on cable and broadcast and in print.

Mollie Hemingway thoroughly debunked the claims with sources telling her the facts of what really happened. Her version was quite different:

Hemingway and right-of-center media outlets who reported the story in this fashion were "fact-checked" and called liars.

This week, an inspector general's report confirmed what we already knew. We were right. The corporate shills for the Democrats in the media were wrong.

Five stories from 2020. Just five stories. Only five. But when you look at these five on their own, just imagine how the election was influenced. Add to these five a few other stories the media got wrong... Hydroxychloroquine, Charlottesville, Russian Collusion, Comey's spies, the risk of children in schools during Covid, and on and on and on.

They lied. They didn't care. They had an election to win.