Larry Kudlow
|
Posted: Sep 16, 2017 12:01 AM
Share   Tweet
The opinions expressed by columnists are their own and do not necessarily represent the views of Townhall.com. 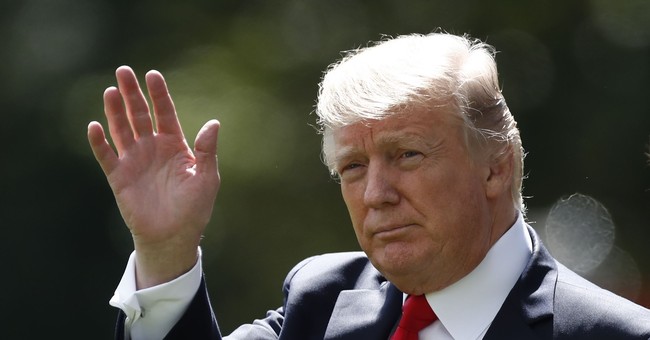 Financial markets and most media pundits are missing the new writing on the wall. For a variety of reasons surrounding shrewd moves by President Trump, the chances for significant tax cuts in the next ten weeks have risen sharply.

Since the Charlottesville blow-up in mid August, when the president’s fortunes were at low ebb -- and I’ll repeat my view that there’s not a white-supremacist, racist, hateful bone in Trump’s body -- we’ve witnessed a dramatic executive turnaround. Trump beautifully handled the hurricane emergencies. His bipartisan political pivot to “Charlie and Nancy” to keep the government open and raise the debt ceiling was clever indeed. As economist Steve Moore puts it, POTUS publicly spanked GOP leaders Paul Ryan and Mitch McConnell. And though there’s plenty of confusion about immigration reform, it’s clear now that 800,000 dreamers won’t be deported for at least two years if ever.

Some polls show POTUS’s approval nearing 50 percent. The public likes what it sees.

And most important, Trump has cleared the decks for tax cuts and reform.

Make no mistake: Trump is absolutely committed to tax cuts. This is completely unlike the health-care muddle. And critical here is the argument Trump is making: A big drop in large- and small-business tax rates will mostly benefit middle-class wage earners.

Research from Kevin Hassett, formerly of AEI and now chairman of the CEA, shows about 70 percent of the benefits of business tax cuts going to wage earners. This is not a tax cut for the rich, as Johnny-one-note Democrats insist.

There are two big numbers standing atop Trump’s tax plan: 3 percent and 15 percent. Three percent is the new growth path that will normalize America’s economy and generate at least $3 trillion of additional revenues over ten years (or sooner). This is the mother of all pay-fors. Fifteen percent is the corporate rate that will spur capital-formation, business-investment, productivity, and real-wage increases.

The Republican establishment says it can’t be done. They’ll only risk dropping the business rate from 35 to 25 percent. But Trump wants the full 15. So does his Treasury secretary, Steven Mnuchin. Other than the president, Mnuchin, whom I call the “apostle of growth,” is the only administration official to keep up the drum beat for 3 and 15 percent.

Aparna Mathur of AEI notes that at 39.1 percent, including state taxes, the U.S. has the highest statutory rate among G20 nations. (China is 15 percent.) And our average corporate rate, which is total taxes paid as a share of income, is 29 percent, third highest in the G20.

So echoing the president, if we want to build out investment, jobs, and wages, bring back overseas profits, stop American companies from going overseas, and make the investment climate in America tops in the world, we need a big-bang slash of our business tax rate.

Trump is ending Obama’s wars on business and success. He’s halting the war on fossil fuels. And he’s virtually rolling back the regulatory state. OMB reports that roughly 800 pending business regulations have either been frozen, rolled back, or reclassified in the administration’s first seven months.

Slashing the business tax rate is the necessary complement to this regulatory relief.

And GOP lawmakers have ten weeks to do it.

Can they? Will they?

Here’s some progress: It looks like Paul Ryan is taking off his CBO green eyeshades. Rather than insist on “revenue neutral” tax policy, he seems to be returning to his Jack Kemp, supply-side roots, arguing that growth is the most important issue.

The CBO is a big part of the swamp that President Trump would drain. With its pathetically small growth estimates, it blocks pro-growth tax-cut policies. Neither CBO nor the Joint Tax Committee has any serious models showing how lower tax rates reduce tax-avoidance and tax-sheltering -- a point made emphatically by supply-side mentor Arthur Laffer.

But Mnuchin’s Treasury will come up with more realistic models for the Trump tax cut. And there’s no reason why these estimates can’t be used.

What’s more, there’s no reason why the ten-year scorecard window can’t be extended to 20 years. The green-eyeshade process must not be permitted to block an American prosperity renaissance.

The GOP needs a budget resolution, which will contain crucial, 51-vote reconciliation instructions on spending and taxes. But where there’s strong political will, legislative ways and means will be found. Ten weeks is plenty of time.

So I agree with my friends at Bretton Woods Research: Budget and tax-cut draft legislation is coming sooner than folks think. My financial take? Buy stocks, go long the dollar, and short gold.

In other words, optimism.