Left Turn in the Emerging Markets 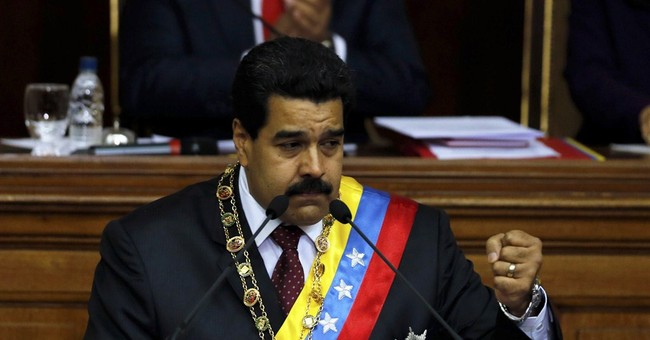 There’s a new cynical perception among international investors that Brazil is becoming Argentina and Argentina is becoming Venezuela. But these investors are starting to boycott all the so-called emerging markets, since nearly all them are moving to the left, abandoning free-market principles, reverting to the bad old days of higher spending and taxing, inflating the money supply, accumulating large trade deficits, and letting their currencies go to hell in a hand basket.

In other words, the emerging-market investment paradigm, or the BRIC model, may be over.

We all know the Fed is playing a role in this as it tapers its bond purchases and injects less new cash into the economy. In recent years, some of that Fed-created excess liquidity has gone into emerging-market investments. But now as the Fed begins to wind down, it’s as if the tide is going out to sea and revealing all the countries that left their bathing suits behind.

In other words, the left turn of many emerging-market nations is now naked for all to see. High inflation, crashing currencies, trade protectionism, and economic redistribution are not the policies that grew these economies over the years and attracted investment. (South Korea, by the way, is a notable exception.)

You can go down the list. Argentina is on the verge of collapse under the left-wing populism of the Kirchner regime. Travelling leftward from Lula to Rousseff, Brazil has built a huge current-account deficit while pulling back on free trade. In India, free-market policies have stalled, and if the Gandhis return to power so will their socialist approach. And for various political and cultural reasons, the Erdogan government in Turkey has been moving hard to the left, all while the Turkish economy deteriorates. Turkey’s central bank may defend the lira with higher interest rates, but that tightening will worsen the economy and the political situation.

China, it’s important to note, has a different problem than these other emerging markets. The Peoples Bank of China is cutting back on liquidity and credit in the so-called shadow banking system. And while the Chinese economy is not plunging into recession, its growth has dropped from 12 to 7 percent. So China’s slowdown remains a threat to the U.S. as well as the other emerging markets.

Fortunately, Europe’s economy is beginning to look better around the edges. So is Japan’s, following that nation’s massive monetary pump-priming. And while some may disagree, the U.S. economy looks to be getting better, despite tax hikes, Obamacare, and new regulations.

We will certainly hear more about that in the president’s State of the Union speech on Tuesday night. But the biggest challenge of our time is not income inequality or taxing the rich. It’s economic growth for the long run. Looking globally, the challenge is maintaining the liberal economic order, with free markets and free trade at the center.

But now we’re seeing developing countries like India, Brazil, Argentina, and Turkey move away from free markets and free trade, and from the very principles that attracted capital, ignited their growth, and stabilized their currencies.

In the last couple of decades, hundreds of millions of the ultra-poor were lifted into the middle class as developing nations around the world moved towards free-market capitalism. But right now I must warn investors: Stay out of the emerging markets. They’re going the wrong way.