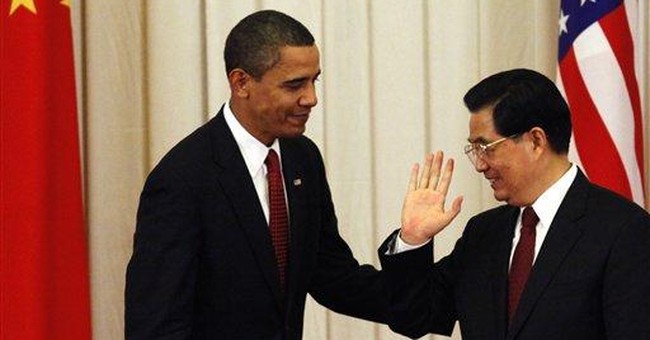 The disconnect between Washington and the rest of the country has never been greater. Why can’t the political class in D.C. produce a fiscal product that voters, taxpayers, and investors are willing to consume?

According to the Washington Post, voters want smaller government and fewer government services by a large 58 to 38 percent margin. Pollster Scott Rasmussen reveals that 61 percent of voters believe tax cuts help the economy, that 59 percent think tax cuts are a better job-creation tool than increased government spending, and that another 59 percent believe higher deficits hurt the economy. Rasmussen also reports that a full 83 percent of Americans blame the deficit on the unwillingness of politicians to cut government spending. And get this: In a whopper of a poll result, the New York Times reports that 75 percent of Americans dislike Congress.

This is why there’s a political revolt out there. Washington just doesn’t get it.

The future of the U.S. economy -- including jobs, growth, and the stock market -- hangs in the balance. Government-controlled health care, with Senate vote-purchasing and union special-interest loopholes, is not the answer. Nor is a $2 trillion tax hike on banks, multinational corporations, capital gains, inheritance, and successful upper-income earners. Nor is a doubling of the publicly held federal debt to $19 trillion, or nearly 80 percent of GDP. Nor is a federal spending ratio of 25 percent of the economy. Nor is a budget deficit at a 10 percent share of GDP for as far as the eye can see.

Again, Washington doesn’t get it. Politicians are delivering a fiscal product that no one in America wants. It’s no wonder small businesses aren’t hiring. Yes, there is a cyclical recovery going on, but it is incomplete without the jobs.

The so-called $85 billion jobs program is not a jobs program at all. It is a spending bill. Temporary tax credits to hire new workers have virtually no permanent job-creating effect. In budget terms, these kinds of temporary tax credits are scored as tax expenditures, i.e. spending. Only a permanent reduction in the marginal business tax rate has the incentive effect for long-run job creation. Reducing the business tax rate makes firms more profitable after-tax. And it gives them more cash flow. Those incentives will work to expand investment and jobs.

And taxing capital is the worst idea of all. That’s why the capital-gains tax must not be increased. Plus, raising the top two income-tax brackets from 33 to 35 percent, and then from 35 to 40 percent, thereby penalizing those who own about half of the small-business income, is a job destroyer.

Why Republicans are flirting with this terrible temporary small-business tax credit is beyond me. This is a moment for the GOP to send a message that they are the party of growth through across-the-board reductions in marginal tax rates -- for everyone. That includes large and small businesses, along with all individuals and families. All producers and investors should get lower tax rates. At a bare minimum, Republicans should be fighting hard to extend the Bush tax cuts on the way to a longer-term goal of low-rate, flat-tax reform.

So no wonder we’re witnessing a growing tea-party revolt. I call it tea-party, free-market populism. But one-party partisan stubbornness in Washington just won’t listen to it. Democrats refuse to heed the message of the polls, or the election results in Virginia, New Jersey, and -- of course -- Massachusetts. They simply will not acknowledge the meaning of Scott Brown’s miracle win.

The stock market peak occurred about a month ago, with announcements of a bank tax hike, a corporate tax hike on foreign earnings, and a massive spending-and-borrowing federal budget. That’s not a coincidence, folks.

While voters may not love the Republicans, they do want political balance back in Washington. They don’t want any of this manufactured, left-wing, class-warfare populism. That’s why the anti-incumbency mood is so prevalent today, and why there is going to be major change in Washington.

What do I think voters want? Traditional, commonsense, center-right, free enterprise, which basically says to the government, “Please, let me keep more of what I earn, and please, just leave me alone.”

The time has come for our government to get out of the way, allow the American people to prosper, create wealth, build businesses, and advance technology, and let the United States be the number-one country in the world from now until forever.