An Interview with Carly Fiorina on National Defense and Islam 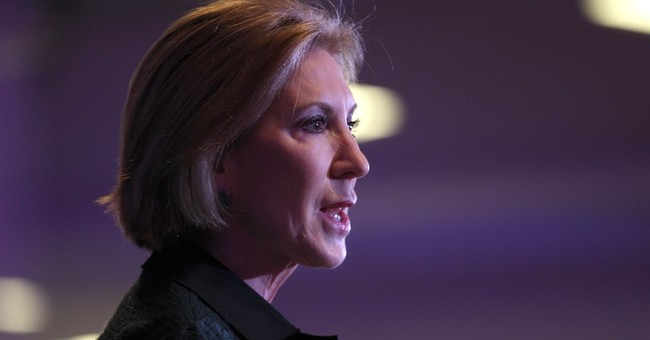 In speaking with Carly Fiorina, I began by saying, “I’m worried about a knockout blow to the U.S. delivered by what I call the new “Axis of Evil,” that being, Russia, China, North Korea, Iran and their satellites. I’ve heard you say that on your first day in office, you would call Khamenei (Iran’s Supreme Leader) and let him know that we will be inspecting all Iranian nuclear sites, with our people and on our schedule, or we will stop Iran from moving funds internationally in the world-wide banking system.

Moreover, you said that we don’t need anyone’s permission to do this. Can you explain, as a new president, how the mechanics of this would work and how you could do that unilaterally?”

Fiorina: We can and we have in the past cut off their access to the Swift international payment processing system or at least make it very difficult. Second, we can decide that banks doing business in Iran cannot do business in the U.S. Third; we can convince American companies that they should not do business in Iran. And fourth, we can make it very difficult for Iranians to deposit money in American banks. Each of these things would put pressure on the regime and pressure is vital, obviously.

Kelley: Do you see that you would be able to that unilaterally, without support from our allies and even Congress?

Fiorina: Certainly it would be important to have the majority of the American people understanding this. Given the reluctance with which this deal passed, I mean if you go back and read the statements made by Democrats who signed off on it, they had grave concerns. And it’s clear that they agreed to it because they expected retribution from the Democrat party. The DNC pushed very hard, talked to them about money for reelection campaigns, etc. And so, between now and the presidential election, I think you will see a lot more dangerous behavior on the part of Iran and others. And yes, I think we can get an agreement to do that.

Kelley: As mentioned, I’m worried about a potential knockout blow from the axis of evil, and specifically from the detonation of an EMP (electromagnetic pulse) weapon, a single nuclear-tipped missile, detonated at apogee, that could take out our entire electrical grid and cause societal collapse. What would you think of the idea that a new president should authorize a new Manhattan-like project designed to harden our grid and completely build out our missile defense system so that we cannot be subjected to nuclear blackmail?

Think about the cyber-attack from China on the Office of Personnel Management (which affected 21 million Americans). That attack should not convince us that we are less sophisticated than our enemies. We’re not. We’re more sophisticated. The problem is bureaucratic ineptitude. And we lack centralized accountability systems to get things done. If you analyze what happened with that attack, gosh, we left every single door open to them. It wasn’t that we didn’t know what to do. We simply didn’t do it. Likewise, with the threat of the EMP weapon, we know what to do. We need to make the investment (to harden the grid), create the accountability, and do it.

Kelley: So you would be in favor of adding to your first year’s budget, expeditiously hardening our electrical grid and fully building out our missile defense systems. Is that right?

Kelley: You got the same question that Ben Carson got which is – “Could you support a practicing Muslim for President?” Carson said no. You said yes. I respectfully disagree with you on that.

Fiorina: I said I would (give my support) under certain conditions. Why do I say this? Because our country judges individuals as individuals. It is one of our core principles. We do not judge a person as a member of a group. And of course we believe in freedom of religion. What I said was, “If we have a practicing Muslim who supports the constitution, who rejects sharia law, than I see no reason why he (or she) can’t be president.

Kelley: Carly, there is no expert of either Shiite or Sunni jurisprudence who disputes the fact, in Islam, apostasy is punishable by death. If you leave the religion, you are subject to the death penalty. This is a core tenant of Islam. Given that, how could a practicing Muslim possibly be President of the United States if that is his belief?

Fiorina: The caution I would give you is that there are lots of people who practice religion but who do not support every single tenant of their religion. We know that’s the case in every religion.

Kelley: Given all the carnage we have seen over the recent past since 9/11, I’m of the opinion that Islam is in desperate need of a reformation. Would you agree?

Fiorina: Absolutely. I think there are many who would agree with that including some practicing Muslims.