Larry Elder
|
Posted: Jun 14, 2018 12:01 AM
Share   Tweet
The opinions expressed by columnists are their own and do not necessarily represent the views of Townhall.com. 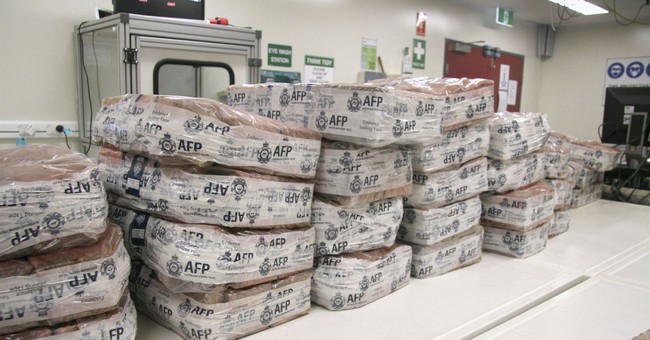 Why did Alice Marie Johnson, a first-time nonviolent drug offender, get a life sentence? She and her husband divorced in 1989. The next year, she lost her job as a FedEx manager, followed by bankruptcy and home foreclosure in 1991. The following year, the mother of five lost her youngest child in a tragic motorcycle accident. She says the emotional and financial pressure caused her to make the "biggest mistake of (her) life." By her own admission, she "became what is called a telephone mule ... passing messages between the distributors and sellers ... in a drug conspiracy." She and 15 others were arrested in 1993 for drug trafficking and money laundering.

While many of her co-defendants were given reduced or dropped charges for cooperating with prosecutors, Johnson was convicted for cocaine conspiracy and money laundering in 1996, and sentenced to mandatory life in prison without parole, plus an additional 25 years.

In the '80s and '90s, many black leaders supported tough anti-drug laws. Facing an inner-city explosion of gang activity, violent crime and a crack epidemic, black politicians pressured Congress to pass these laws. The Rev. George McMurray was pastor of Harlem's Mother A.M.E. Zion Church in the '70s, a time when New York City faced a major heroin epidemic. He favored life sentences for convicted drug dealers. "When you send a few men to prison for life, someone's going to pass the word down, 'It's not too good over here,'" McMurray said. "So instead of robbery and selling dope, (they'll think) 'I want to go to school and live a good life.'"

When President Ronald Reagan signed the Anti-Drug Abuse Act of 1986 into law -- the law that punished crack cocaine dealers far more harshly than powder cocaine dealers -- Harlem's Rep. Charlie Rangel stood right behind Reagan. Crack dealers, many of whom were black, got harsher sentences than those who dealt powder cocaine, many of whom were white. And Congressional Black Caucus members pushed Reagan to create the Office of National Drug Control Policy.

Then came the massive 1994 Violent Crime Control and Law Enforcement Act, which included longer sentences for first-time offenders. An influential group of black pastors wrote to the Congressional Black Caucus, "While we do not agree with every provision in the crime bill, we do believe and emphatically support the bill's goal to save our communities, and most importantly, our children."

The black mayor of Baltimore, Kurt Schmoke, said: "I believe the crime bill ... is part of the answer, and the crime bill should be supported by us. We do need to send a signal throughout our communities that certain types of activities will not be tolerated, that people will be held accountable and that if there is evil manifested by actions taken by individuals who choose to prey upon our residents that that evil will be responded to quickly and correctly." The majority of the Congressional Black Caucus supported Congress' final bill. President Bill Clinton signed it. Hillary Clinton defended the crime bill a couple years later, saying that these laws were necessary to combat "superpredators" -- a comment that came back to haunt her during the 2016 presidential campaign.

But after black crack dealers received longer sentences than whites who dealt powder, the 1986 law became "racist." The CBC later asked President Bill Clinton to fix the disparity. His sentencing commission also advised him to narrow the disparity. Clinton, who wanted to appear "tough on drugs," refused. So when Clinton signed his own tough anti-drug law in 1995, it preserved the crack-powder disparity. The Los Angeles Times wrote: "One week after President Clinton decried the 'disproportionate percentage' of young black men going to prison, he has decided to sign into law a bill that would maintain stiff prison sentences for those caught with small amounts of crack cocaine."

President Donald Trump challenged the kneeling NFL players to give him names of those who have been "unfairly treated" by our criminal justice system. He promised to set up a process to review their cases and either pardon them or commute their sentences. It's a heck of an offer and should be a no-brainer. Given Colin Kaepernick and other NFL players' assertions of institutional/systemic/structural racism, Trump should soon be deluged with names of worthy candidates. If, as alleged, cops bust blacks for reasons of "racial profiling" and if, as alleged, blacks are wrongfully convicted and sentenced, how can the NFL players turn down Trump's offer?

But to assert that black convicts like Alice Johnson are victims of a "racist" criminal justice system ignores the role played by black members of Congress to pass the very laws later denounced as racist.

Share this on Facebook
Tweet
Fauci on Attacks Against Him From Sens. Paul, Cruz: 'They're Really Criticizing Science'
Landon Mion
Buttigieg on Criticism Over Comments About Racist Roads: ‘the Point Is Not to Make America Feel Guilty’
Landon Mion
Fauci Says 'We're Going to Have to Start Living with COVID' Because It Won't Be Eradicated
Landon Mion
Fauci Fear Mongers on XI Variant and Warns Lockdowns Could Be Coming
Katie Pavlich
Joe Biden Caught Maskless Indoors, Yet Again
Rebecca Downs
South African Doctor Who Raised Alarm About Omicron Variant: 'Symptoms Were So Different And So Mild'
Rebecca Downs