'Uncle Tom' Is More Destructive Than the 'N-word'

Larry Elder
|
Posted: Sep 21, 2017 12:01 AM
Share   Tweet
The opinions expressed by columnists are their own and do not necessarily represent the views of Townhall.com. 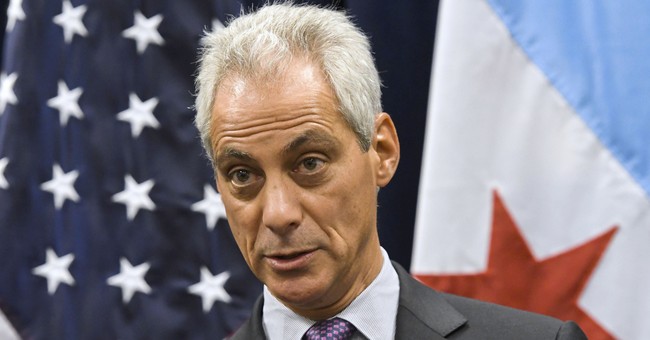 The pejorative "Uncle Tom" causes more damage than does the word "n-----."

The "N-word," when used by a white person as an epithet against a black person, is an insult, designed to convey to the recipient that he or she is a second-class citizen. It is designed to make one feel inferior. But it hasn't worked. My parents, as did the parents of my friends, said no one can make you feel inferior without your permission. Lesson learned. For decades, tests measuring self-esteem show that teenage black boys and girls test higher than do white boys and white girls.

"Uncle Tom," on the other hand, when used by a black person as an epithet against another black person, is designed to do one thing and one thing only -- to label that person as a traitor, a sellout, as a black person who colludes with white racists to undermine the success of black people.

During my pre-election debate at an inner-city black church in Los Angeles against Roland Martin of "NewsOne," a "black" news show on cable channel TV One, Martin advised me to "get in touch with my blackness." My crime? I supported the candidacy of Donald Trump and predicted he would attract a greater share of the black vote than did Mitt Romney. I suggested that the damage done to the black family by the welfare state was far more than the degree of racism in today's America.

Because of blacker-than-thou people like Martin, the black community is not having a robust debate about, for example, whether there is a causal connection between the welfare state and the growing number of fatherless households.

How bad is this lack of critical thinking? During the O.J. Simpson murder trial, a New Jersey high school teacher wrote about the reaction to the case by his mostly black and brown students. Out of 110 students, only four thought Simpson actually did it. Whenever anyone dared suggest an alternative theory, that possibly Simpson himself might have murdered two people, he or she was denounced as a sympathizer for the wrong side. Several thought Kato Kaelin, Simpson's houseguest, did it. Another thought O.J. Simpson's friend Al Cowlings did it, despite a complete and utter lack of evidence. The teacher observed that the black females in his class exerted what he called "social control" over the others in the class to induce unanimity on Simpson's innocence.

Because of the intolerance of different points of view in the black community, we are not having a fact-based debate about the allegation of "systemic" racism in the criminal justice system. The real "traitors" are those who continue to push a false narrative about the alleged "proliferation" of anti-black police brutality, when, according to the Centers for Disease Control, police killings of blacks are down nearly 75 percent since 1968. In Chicago, Mayor Rahm Emanuel admitted that the Black Lives Matter movement has made officers reluctant to proactively police and that cops have become increasingly passive: "There's no doubt Ferguson, Baltimore, New York, Cleveland, in my view, have put the genie out of the bottle. ... Unless we deal with backing them up, the gang members know (police) are not putting their hands on them because they don't want to be prosecuted, whether it be by public opinion or by the court. ... We have allowed our police department to get fetal, and it is having a direct consequence. ... They have pulled back from the ability to interdict. ... They don't want to be a news story themselves, they don't want their career ended early, and it's having an impact." Crime in many areas of the country has increased, victimizing the very people the Black Lives Matter movement claims to care about.

The real traitors are those who refuse to have a conversation about race-based preferences, even though those admitted to college under affirmative action are far likelier to drop out of college due to a mismatch of skills and school.

The real traitors are those who refuse to look at the obvious connection between the rise of fatherless households in the black community and the welfare state. In 1965, 25 percent of black kids were born outside of wedlock. That figure today is 71 percent. Today 29 percent of white kids are born outside of wedlock. Yet we do not have a serious debate about the causal connection between the welfare state and the No. 1 domestic problem in the country -- the rise of fatherless households. But to even raise this issue makes a black person a "traitor" who is "blaming the victim"?