The FRA is Taking Advantage of the Coronavirus

Kyle Workman
|
Posted: Apr 09, 2020 12:01 AM
Share   Tweet
The opinions expressed by columnists are their own and do not necessarily represent the views of Townhall.com. 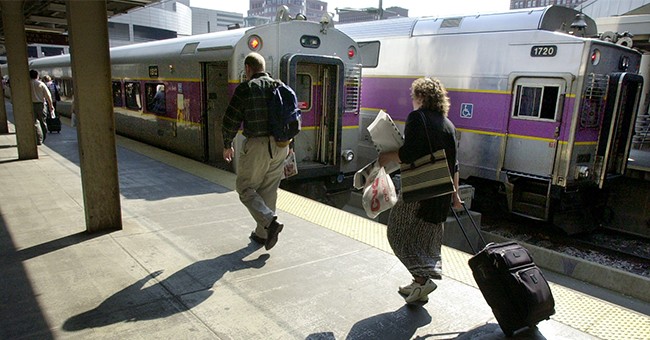 Over the past month every American has awoken to a new reality: being sheltered in place because of the coronavirus pandemic.

Schools have closed for the year. College graduations have been canceled. Non-essential businesses closed. Millions of hard-working Americans laid-off.

But this hasn’t stopped the Federal Railroad Administration (FRA) from working in cahoots with Texas Central Railway (TCR) to take private land through the force of eminent domain.

Since 2014, TCR has been trying to build a $20 billion high-speed train between Dallas and Houston using Japanese government loans for the planning phase and U.S. taxpayer dollars for the construction phase.

They claim to be “shovel ready” even though they do not have the majority of the land acquired and have less than one percent of the total funding needed to build and operate the train, along with not having the proper construction and operational permits by the Surface Transportation Board (STB).

In July 2016, the STB ruled against TCR’s petition to grant them permits to construct and operate, effectively invalidating their authority to claim eminent domain in the State of Texas.

And in February 2019, a District Judge ruled that TCR is not a “railroad nor an interurban electric railway” under the Texas Transportation Code, once again invalidating TCR’s misleading claims of having eminent domain authority.

Even though TCR has been blocked at every turn at the federal and state levels, bureaucrats at FRA will not stop working on TCR’s project. While other federal agencies have ceased operations or delayed regulatory rulemaking until the coronavirus pandemic is resolved, the FRA are continuing their work even against the multiple requests to delay the comment period by Texans Against High-Speed Rail (TAHSR)––the group leading the charge against TCR on behalf of thousands of landowners––as well as county judges, state officials, and members of Congress.

Landowners, TAHSR, and the elected officials at the local, state, and federal levels are all against “virtual public hearings” because the bureaucrats in Washington do not take into account the real-world problems rural communities across the U.S. experience on a daily basis: unreliable internet and haphazard cell phone service thus inhibiting their voice from being heard during these so-called “virtual public hearings."

By continuing to force this regulatory action during a pandemic, FRA is silencing the opposition and taking advantage of a crisis on behalf of TCR. Our local and state officials should be focused on battling the coronavirus and not diverting their attention for a federal comment period during a public health crisis, especially because the outcome of these federal regulations will directly impact these rural communities.

During this unfortunate pandemic, the last thing people should be worried about is their home and land being taken from them because a federal agency is more concerned about a vanity project moving forward than people’s well-being. It is unfortunate that the FRA has decided to go down this inhumane and irresponsible path.

Kyle Workman is the Chairman and President of Texans Against High-Speed Rail, a non-profit group dedicated to the opposition of the high-speed rail project between Dallas and Houston proposed by Texas Central.