If You Like Donald Trump Then You Want a Real Primary

Kurt Schlichter
|
Posted: Apr 14, 2022 12:01 AM
Share   Tweet
The opinions expressed by columnists are their own and do not necessarily represent the views of Townhall.com. 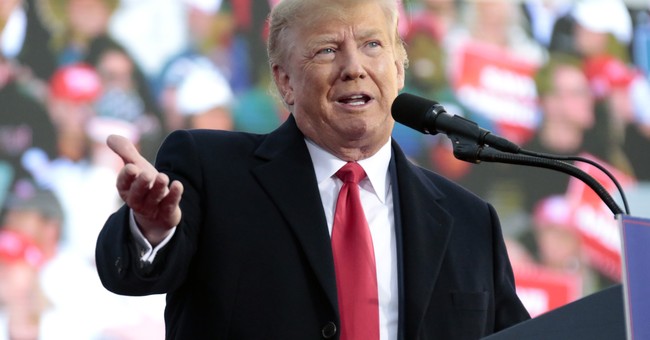 Time for some real talk about our favorite ex-president – this Dr. Oz endorsement reaffirms what we have all been seeing, that Donald Trump is losing his edge. Seven years after coming down the escalator and revolutionizing American politics by advocating the conservative/populist agenda that the bipartisan ruling caste had ignored for decades as our country swirled around the bowl, it is looking like we in the base have evolved while Trump is stuck in 2016, hitting golf balls, sending out his communiqués, and attending rallies that evoke but do not match the good old days. He can still turn it around, but right now, the truth is that he's messing up – and someone needs to tell him the truth.

His bizarre endorsement of Dr. Oz for the Pennsylvania Senate seat, greeted with a collective "What the hell was he thinking?" among the base, is only the latest of his tone-deaf maneuvers. It seems like he wants to run again in 2024, but Trumpworld is giving off the definite impression that he expects a coronation. If you like Trump, the last thing you want is a cakewalk. If you like Trump, you want him to fight for it and earn it.

I like Trump. In fact, just moments before the announcement that he had elected to bestow his blessing upon a guy with a record of supporting gun control, tolerating CRT, accepting abortion and playing along with the Mommy Munchhausen-driven trans kid mutilation fad, I was on Twitter listing him as being tied with Ronald Reagan as the greatest president of my long life. And I'll happily fight anyone who says differently. Trump, under the vilest and most hateful attacks imaginable by an enraged ruling class, rescued our Constitution by beating that bitter harridan Felonia Milhous von Pantsuit and, against great odds, moved this country back toward freedom. Was he perfect? No. But who is?

Still, it's not unreasonable to require that he learn from his mistakes. At least early on, and with some notable exceptions, Trump was to savvy personnel decisions as Brian Stelter (who is a potato) is to the Chippendales dancers. His failure to fire Fauci and reject the pandemic fascism are black marks, as is his failure to adequately prepare for and handle the 2020 election and the legal aftermath. But holy cow, did he ever do great things – remaking SCOTUS, firing up the economy, no dumb new wars, tax cuts, and even solving the Middle East conflict we had been watching unfold on TV for our entire lives. We were blessed to have him. It is not too much to observe that he may have saved our country from leftist tyranny.

So what I say here comes from a place of respect and appreciation. I wrote a book about the false attacks on him. I have a new book coming out that (among other things) explores how he might pull a Grover Cleveland. I argued for America First policies here and on social media and lawyered against election fraud in Nevada. This tough love does not come from an opponent, but it also does not come from a minion. I don't work for Trump, and he's never given me so much as a Christmas card. I've never met him or gotten one of his legendary phone calls. I doubt he knows I exist. And that's fine – our relationship is utilitarian. I consider politicians fungible tools to be deployed, and my interest is in America, not any individual's ambition. I don't owe Trump anything – politicians owe me. So, with all that in mind, here's the hard truth that it seems no one around him will tell him.

Mr. President, you are screwing up. You need to get your head right and get back in the game, whether as a candidate or a kingmaker.

This Dr. Oz fiasco is really emblematic of the fact that Trump is down in Mar-a-Lago, growing out of touch with the moment he spearheaded. Understand what the libs don't – Trump did not create the America First movement. He was the avatar of something bigger than himself that has kept growing even as Trump has treaded water in a swamp of (justifiable) election grievances, unfocused tangents, and tired habits. It's been seven years, and Trump seems not to have changed. His vibe was great in 2016 when he was the right man at the right time. But in 2024? That remains to be seen.

Look at the announcement he made explaining why he selected the ridiculous Dr. Oz as his #PASEN champion. It illustrates how the movement has, to some extent, moved on. In his statement, he stressed that Oz is a Harvard graduate who wrote New York Times bestsellers. As if those are impressive things. We in the base are far beyond crediting these failing progressive institutions with any prestige. An Ivy League degree remains a plus to Trump, but it's a huge negative to us. We've grown totally alienated by, and opposed to, the institutions that have failed us. In his late seventies, Trump is going to have trouble accepting that the world he grew up and thrived in is no longer the world of today.

Trump desperately needs a primary to get back in touch with the base.

He's not physically soft and flabby – I saw him up close recently at an event, and he is in terrific physical shape and mentally sound, unlike that dust puppet currently occupying the Oval Office. But he is off his game and making bad decisions. He chose not to endorse America First stalwart Robby Starbuck in TN-5. He bungled the Alabama endorsement of Mo Brooks. Then there's this Dr. Oz clusterfark. What next? Passing over Eric Schmitt in the #MOSEN race for bondage guy/impeachment dodger Eric Greitens? Ignoring America First Alex Gray, who worked for him for years, in the #OKSEN race in favor of some establishment hack? Maybe he'll decide to pass over JD Vance in the #OHSEN race for that knucklehead "businessman" Mike Gibbons, who decided the big problem in America today is that the middle class is not paying enough in taxes.

You can't be a kingmaker if you can't make kings. His bad decisions risk devaluing his brand. A lot of his endorsements are easy, with obvious, sure winners. But he's not cutting it with the harder endorsements. He'll win some, but at this rate, he'll lose a bunch – PA conservatives are not going to vote for a lib in cons clothing just because Trump says to. This kind of error squanders his mystique and makes him look weak and vulnerable.

If you like Trump, as I do, you want him at his best. And his best is when he is fighting back. What he needs is some pushback, some pressure. He needs someone around him who can shut the door and ask, "What the hell are you thinking?" Sadly, at his age, he's unlikely to change and start welcoming people telling him "No."

But he has no power over who chooses to run against him if he does run himself (I think it's 50/50). And, if he wants to run again, he needs a bunch of opponents to fight with, and not just cruise ship con dorks like Larry Hogan. Sure, Trump wants a coronation. But the last time he had a coronation, and as a result, he's getting his mail in Florida and not DC.

A primary will sharpen him and test him. And maybe he fails. Maybe we will see Pompeomania ignite the base's imagination. Maybe Ted Cruz will hit Trump as hard as he's been hitting the libs lately (Cruz's speech on the pedo-tolerating KBJ was legendary). Maybe Ron DeSantis, his wife thankfully cancer-free, steps up and takes it.

Or maybe Trump succeeds once again. Maybe he earns the right to a rematch against whatever Democrat loser they select to replace Grandpa Badfinger. And if he earns the nom, he will be sharp and in shape for the bloody battle in the general.

If you dig Trump, do him a favor. Don't coddle him. Demand excellence. Demand he earns what he seeks instead of handing it to him. Now, plenty of Trump fans will be furious about this column. Leaving aside that none of them defended him in print or fought for election integrity, they are simply enabling Trump's worst instincts. Trump is a fighter. He is a warrior. And he needs a war to be his best.

Give him one. If you support Donald Trump, you want him to be primaried.

Conservatives Must Stand Together and Fight. Join Townhall VIP. And Check Out Last Week's Stream of Kurtiousness, The Left Has Lost the Fight. And my podcast, Unredacted.

Pre-order my upcoming non-fiction book, "We'll Be Back: The Fall and Rise of America." It talks about national divorce, civil war, and whether we will see Donald Trump 2.0. And also get my Kelly Turnbull conservative action thriller series about America splitting into red and blue countries with the large-caliber chaos that follows. The sixth, The Split, is now out, but get all these action-packed bestsellers, including "People's Republic," "Indian Country," "Wildfire," "Collapse," and "Crisis"!