Military Diversity, Inclusion and Equity (DIE) Lives Up to Its Acronym

Kurt Schlichter
|
Posted: Feb 14, 2022 12:01 AM
Share   Tweet
The opinions expressed by columnists are their own and do not necessarily represent the views of Townhall.com. 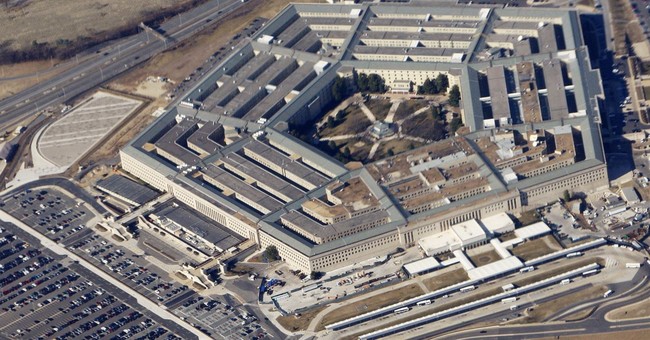 The idea that “diversity, equity, and inclusion are necessities in U.S. military” is maybe the stupidest thing ever asserted by the Biden regime, which is saying something. You sit back and look at a pronouncement like this, which was apparently written and disseminated on purpose, and you really have to marvel. If the Pentagon had reincarnated the greatest failures in all of military history to work together to come up with something so transcendently dumb that it would have made Varro, the dumbass Roman consul who decided “Yeah, Cannae is just the place to show that uppity Hannibal fellow what for - see how weak his center is!”, look like, well, Hannibal.

It would be funny if this kind of unserious idiocy was not going to get scores of our troops killed. In fact, scores of our troops have already gotten killed through gross incompetence, 13 of them in Afghanistan during Operation Utter Failure. And more will die. War is serious business and in America, it is being overseen by fatally unserious people obsessed with liberal wine women fetishes like “diversity, inclusion and equity” (DIE) instead of combat readiness. They will put the “die” in “DIE.”

I wish I had some good news for you, but there isn’t any. We have three more years of this diapered dementite as our alleged commander-in-chief and he’s too stupid and too stubborn to change. It’s bad enough when a smart, savvy man becomes senile, but Joe Biden started off as a moron, so he’s already got a huge head start as he degenerates into drooling incontinence. And our enemies know it. Let’s review a short and incomplete list of places our Pentagon, under his leadership, will lose wars during the next three years thanks to him and his incompetent flunkies.

There’s Ukraine, where we have zero good military options but Grandpa Badfinger and his coterie of quarter-wits think we should front as if we do. Do you imagine Putin, the ex-KGB colonel, has any illusions about what we can do there? He has something like 80 battalions supported by the full spectrum of battlefield operating systems in position around Ukraine like a noose around its neck. We have a couple of random battalions without all the good stuff that actually kills the enemy (like masses of artillery) parked in nearby countries as a “show of force.” It’s a show of farce. Ukraine persists because Putin deigns to allow it. What’s holding him back is not that America might cause him to lose but that our fecklessness would let him win. And then, like the terrier that catches the Camry, he would have to deal with what he caught. That’s the threat, not a few unsupported battalions of 82nd Airborne guys in Poland. Only a lunatic wants to buy an endless guerrilla war with vodka-fueled Ukrainians who will take their AKs home and start making life miserable for the invaders. I’ve worked with those guys – they may lack finesse but, unlike us, they are serious, particularly when they get their drink on.

Then there’s China. Who thinks Xi is going to wait to assimilate Taiwan until Biden departs? It’s not like Xi is going to face a less competent opponent next unless Kamala gets elected in 2024, and the chances of that are, charitably, low. This is his time. He knows it. The smart people here and in Taiwan know it. Does our failed national security state know it? Probably – anyone can see it – but our Pentagon is busy fighting the real enemy. You know, the weather and insurrectionist Americans who refuse to concede that some men can menstruate.

North Korea is firing missiles again. Iran is about to break out and light its own hot rock. Word is that there was a recent classified briefing for senators on Iranian capabilities and the solons staggered out of it pale and scared. But don’t worry, we can unleash a withering barrage of pronouns that will put those Shia fanatics in their place. And we totally outgun them all in “diversity, inclusion, and equity,” so we’ve got that going for us, which is nice.

Yeah, in a time of serious challenges, our punchline Pentagon is engaging in unserious posturing designed not to defeat America’s enemies but to garner more stars on the epaulets of a bunch of general officers who have not won a real war in 31 years.

I remember that. I was there in the desert, far in the rear at a corps headquarters, when America’s DIE-deficient military mauled an entire national army in 100 hours of ground combat. Our enemies feared us in the wake of our merciless triumph. But what are our foes to make of this word salad of faculty lounge clichés that we’re spewing today? They will assess, correctly, that we are not a serious military. Sure, we have some residual capabilities, but they are fading as time rolls on and Navy ships run into each other or catch fire in port. We are Martin Sheen in Apocalypse Now. Every day, we sit in Saigon getting wreaker and Charlie squats out there in the bush getting stronger.

“Diversity, equity, and inclusion” - what does this nonsense even mean? How about “lethality?” There’s a concept. Our struggles are supposed to be on the battlefield, not in struggle sessions in garrison. Once our military forcibly suppressed the worst aspects of civilian society to create a united force – “You recruits are all equally worthless!” But under the DIE paradigm, alleged differences are curated in order to create – what? A 'woke' Army where everyone checks his privilege and celebrates his grievances but can’t win a damn war? We’ve got plenty of grievances but a paucity of victories.

Recommended
WaPo Steps in It on Another Tweet, This Time Over Texas Shooter
Rebecca Downs

Understand that this essential unseriousness about our military is why you see all the focus on “special ops.” There’s got to be some aspect of the military that is still sort of serious, though the woke pathogen is invading the SOCOM community too. We pretend that America is strong because a glorified platoon of highly-trained highly-resourced guys – and it is all guys – goes in and smokes some terrorists. But news flash – the military is not the Rangers or Green Berets or SEALs. It’s regular companies of infantry. It’s swabbies making big ships go and zoomies making airplanes fly. And it's in the regular units that we’re failing.

And we can’t win a war. Not against Russia, not against China, and not against the other petty dictators emboldened by our manifest weakness. Congratulations, all you folks who chose this human asterisk because Donald Trump was mean to Rosie O‘Donnell and that was unbearable. You got what you chose – a senile joke who is accelerating the already in-progress decline of what just a few decades ago was arguably the greatest military in human history.

Conservatives Must Stand Together and Fight. Join Townhall VIP. And Check Out Last Week's Stream of Kurtiousness, Joe Biden and His Administration Are a Complete Disaster. And my podcast, Unredacted.

Stacey Abrams Said Voters Were Being Suppressed. Her Own Base Proved Her Wrong.
Spencer Brown
WaPo Steps In It on Another Tweet, This Time Over Texas Shooter
Rebecca Downs

ICYMI: Here's How Trump-Backed Candidates Did Last Night in Georgia

WaPo Steps in It on Another Tweet, This Time Over Texas Shooter
Townhall
Dana Loesch asks six questions that every politician *should* be asking after the Uvalde massacre
Twitchy
Fox News Reporter Shuts Down ‘Absolute Hack’ Who Distorted His Report on Texas School Shooting
Redstate
Amber Heard's Litigious PR Guru Gets Hammered by #MeToo Allegations, Threatens to Sue PJ Media
PJ Media