Americans Are Waking Up to the Democrat’s Race Hustle

Kurt Schlichter
|
Posted: Nov 11, 2021 12:01 AM
Share   Tweet
The opinions expressed by columnists are their own and do not necessarily represent the views of Townhall.com. 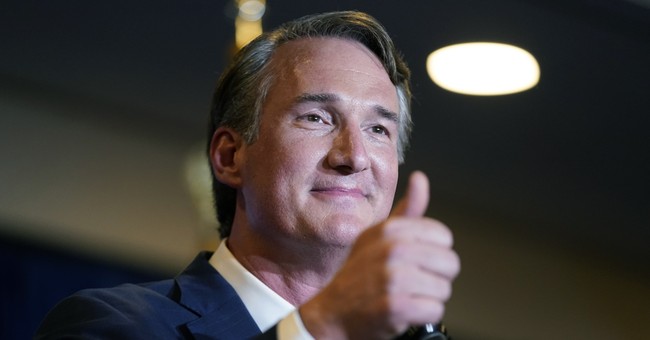 The smart, moral transcriptionists of our glorious ruling class have discovered what they contend is a terrible crime of wickedness - those rural monsters out there whose skin tone is pale voted for Republicans in astounding numbers. Blatant “whiteness” they call it, a malady that people who aren’t white can suffer from too. Just ask Winsome Sears. And so can the other minority voters who ditched the Democrat plantation in record numbers. But they also contend that voting for Democrats because of your race is great. If consistency is the hobgoblin of little minds, these people are totally hobgoblin-free.

As a normal person, you will observe that this all makes no sense. That’s incorrect, because it makes perfect sense when you understand that all this race hustling is a garbage scam to secure the liberal establishment’s power. It’s morally illiterate, but the moral angle is part of the scam. See, voting for a Democrat or a Republican, to most folks, is just a thing. It’s morally neutral. Now, many vote for a party by habit. Others vote by the individual or by policies. Keeping the former group and coercing the second are the goals of racializing elections in order to cast casting your vote as a moral imperative.

Dig through the dross of “privilege” and “whiteness” and you get to the crux of the scam. They use race to turn what should be a choice based on rational self-interest into one based on (alleged) virtue. Suddenly, a vote for the Dem is not something Dems need to earn through competence and quality. It is something they are simply entitled to because they are on the side of righteousness. And this is super convenient because the Democrats just suck. They are terrible. Not even a year in and President * has managed to screw up everything his dusty claws have touched.

But you can’t evaluate him on that criterion, according to the people who want to rule you without accountability. No, that’s racist for some reason. And no one wants to be racist, right?

True, but people are figuring out that what the Dems are labeling racist - everything they don’t like - is not actually “racist” in any objective sense. You can peddle this grift for a while, but eventually people are going to notice how the proposed moral calculus always ends up adding up to the Dems getting exactly what they want, and always at the voters’ expense.

The recently-passed infrastructure scam contains a pile of money for “tree equity.” Normal people understand that “tree equity” is not a thing, and they further get that the chances are about 150% that the guys collecting all that sweet, sweet tree equity cash are going to be pals of Pelosi. It’s all tree equity, folks.

And that’s bad. An amazing achievement of America was to get the majority population to not think of itself by race. This draws a lot of grief by the left, because to the left you are supposed to only think of yourself by where your ancestors came from, but if you spend time in the real world, you will appreciate how great this is. Go to the Balkans. Ask people what they are, and you’ll get answers: Serbs, Croats, Bosnians, Albanians, Roma, and many more. And that is who their loyalty is to, not the spaces between the lines on a map. Left to their own devices, they would gleefully butcher each other. And they did that not long ago. I saw the ruins.

In America, we stomped out the idea of European descendants asserting some sort racial identity, notably among Southern Democrats. People asserting an identity based on white skin are considered idiots at best, because they are. Making your immutable characteristics the sum of who you are is stupid, unAmerican, and certainly an affront to God as well. That we largely overcame that is something we should be proud of.

Yet Democrats would normalize that hideous scenario. They know most Americans have no use for racism and hope to make voters’ virtue in that regard contingent on voting D. It might have worked for a while, but VA and NJ demonstrate that race hustling is wearing out its welcome.

When rural whites voted Republican in early November, it was not because they suddenly decided they must show solidarity with fellow melanin-deficient citizens. In fact, they ended up showing solidarity with record numbers of minority voters. No, what this constituted was Americans rejecting a tacky, cheesy play upon their morality to coerce them into supporting the left.

The race crap no longer resonates the way it once did. Terry McAuliffe claimed parents mad at the commie cesspool the schools are dunking their kids into were being summoned by Glenn Youngkin’s racist dog whistling. But the voters did not buy it. The shaming and moral arm-twisting failed because people saw it for the cynical ploy it is.

Rural and other Americans did not vote Republican in 2021 because of their race. They voted Republican because the Democrats suck.

Conservatives Must Stand Together and Fight. Join Townhall VIP. Use promo code 2022 for a whopping 40% off!

And Check Out Last Week's Stream of Kurtiousness, The Majority of Virginians Are 'White Supremacists.' And my podcast, Unredacted.