Liberals Hate That You Have Rights

Kurt Schlichter
|
Posted: Aug 05, 2021 12:01 AM
Share   Tweet
The opinions expressed by columnists are their own and do not necessarily represent the views of Townhall.com. 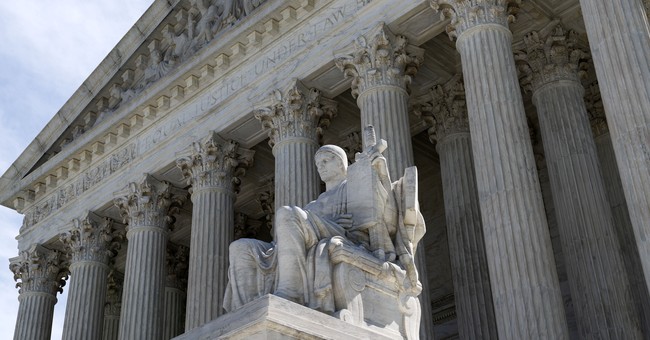 The bizarre contortions that the libs are going through to blame you for the virus because you selfishly refused to submit to their fussy commands illustrates, for the umpteenth time, an undeniable fact about these fascist-curious creeps. They hate hate hate the idea of rights, particularly yours. In fact, when they refer to rights, they often insist on encasing the word in quotation marks, as if it was some bizarre and alien concept those Jesus-gun-truck-cisnormative people from Iowabamaho invented under the influence of moonshine and the Holy Spirit.

Rights, they realize, are an intolerable obstacle to the things they want to do – especially when it’s inferiors like yourself asserting said rights. In this case, what they want to do is inject you, regardless of your choice, with a medicine that works intermittently but they want to inject you with it because it is not preventing the virus and therefore they need to prevent the virus and my head hurts it hurts it hurts it hurts. And they also want to wrap your face in a towel because that is the only thing that can protect them, despite the fact their faces are wrapped in towels already and that should protect them, and now my head really hurts.

It goes without saying that no one has a right to stick junk into your arm unless you give a thumbs up. I did, because I chose to. You should if you choose to, and you shouldn’t if you choose not to. See, it’s your right. Which means lib sissies with nothing better to do than fret about what you’re doing don’t have a say.

Rights: You get to do it even if everyone else doesn’t want to you to.

Not-Rights: Other people can vote to not let you do it.

How do rights work? Let me tell you nonlawyers the legal perspective, because the legal system is how we hash out rights and their effects – not on Twitter before a panel of robed blue checks.

Here is the liberals’ play. Libs attempt to establish a basic principle, such as “In some circumstances, vaccines can be made mandatory.” I don’t like that, but there is an elderly Supreme Court case saying so. Let’s not argue the good or bad of it and deal with it. What the lib will do is assert that principle…and then stop.

A court case said it could possibly be done, so it can always be done.

Not how this works.

Notice how the lib doesn’t go through with the next part of the analysis, which is applying the law in the appropriate manner to the facts specific to this particular situation. Just because, in some instances, the government can do it does not mean the government can always do it. Libs like to forget the application part because they can almost never satisfy the rigorous requirements to impinge on your rights.

The state must have a compelling interest in whatever result it seeks to obtain from impinging on your rights. Compelling, not merely convenient, or even wise or smart. Otherwise, you have rights right up until they become inconvenient. Those are no rights at all.

The key to the compelling interest analysis is examining the specific facts. In the vaxx situation, we have a not-very-deadly virus, vaccines that aren’t perfect, side effects, and variety of other factors weighing on the issue. These include people protecting themselves with vaccines, masks, and hiding in their crappy apartments with their cats watching Maddow and crying because no one will ever love them. That case where it was allowed involved smallpox, with a 30% fatality rate. You basically get the vaccine or you catch it, and 1 in 3 people kack. COVID has a minuscule fatality rate, approaching a statistical 0% if you are vaccinated. So, how compelling is the interest if you have a disease that’s probably not going to kill you unless you are already sick?

We call this “distinguishing” the cases. Precedent is important, but it only applies where the facts are similar. Different facts, potentially a different result. Just because an interest can be compelling in theory does not make it so in every case.

And that leads to the next part of the process. Typically, courts being asked to implicate a fundamental right, like not to have something injected into your body against your will, require the state to prove that its plan is the least restrictive alternative. You don’t go from zero to 60 when it comes to rights; you first go to 10.

In other words, the state has to show not only a compelling interest, and I mean really compelling, but that its plan is the only possible way to achieve the necessary results. But libs do not even try to do that. They attempt to establish a basic principle, but never actually apply it. They just assume it applies because it could, possibly. This is very common when liberals challenge fundamental rights. For instance, when they talk about your right to keep and bear arms, they will point to the rare situations where someone might not be allowed to keep and bear arms, and then assume that this applies in every situation. “We can keep felons from having guns, so we can regulate guns however we want and take your AR15!”

The giveaway to look for is when their focus is entirely on the exceptions to the right, rather than the basic principle embodied by the right itself. They never wanna talk about that. With guns, it’s the few times guns can be regulated. With free speech, it’s always that idiotic fire in a crowded theater thing from a long-superseded case where the SCOTUS allowed the government to jail you for protesting the government. No wonder the libs love it.

The default is the right. It’s only in the rarest the circumstances that the right can be overcome.

And then there is the “Well, with rights come responsibilities” nonsense. No, they don’t. They are rights. That means the debate is over – the rights won. There’s no “responsibility” to not exercise your rights since the purpose of rights is to ensure you get to exercise them even if everyone else disagrees. Reject this bizarre attempt to turn Spider-Man’s Uncle Ben’s hack cliche into constitutional law.

Nor is there a balancing test – the balancing test was completed when the right became a right, and the right won. Rights are never balanced. Policies are balanced. The point of rights is that they are established. They aren’t to be “reasonably” regulated. Rights are by nature unreasonable. Rights only matter when they allow someone to do something no one else agrees with. Otherwise, they are not rights. They are mere privileges. What good is a right that can be taken away on a whim?

It’s no good at all, which is a feature and not a bug to the left. The fact is that the left considers rights an intolerable obstacle to getting what it wants done. And of course, that is the whole point of rights. Rights limit what they can do. That’s why they only talk about exceptions to our rights.

Rights are unreasonable by design because you can’t “reason” them away – and, of course, it was God who designed them. We were endowed with them by our Creator. Libs hate hate hate that too - they want to be the ones who grant rights, because this leads to them being able to ungrant them at will

It’s sad so many people are so willing to give up the freedoms people died for in order to exercise power over other citizens. Your duty is to never allow it, to fight back, and to refuse to accept the premise that your rights may be disregarded the minute they become inconvenient. Your rights are not beside the point; they are the point.

IT IS FINALLY HERE! My sixth Kelly Turnbull action thriller, The Split, is a bestseller. Check it out and check out Crisis, as well as my other four novels about what happens when America splits into red and blue countries, People's Republic, Indian Country, Wildfire, and Collapse!