There Has to Be a Price for Betrayal

Kurt Schlichter
|
Posted: Jul 09, 2021 12:01 AM
Share   Tweet
The opinions expressed by columnists are their own and do not necessarily represent the views of Townhall.com. 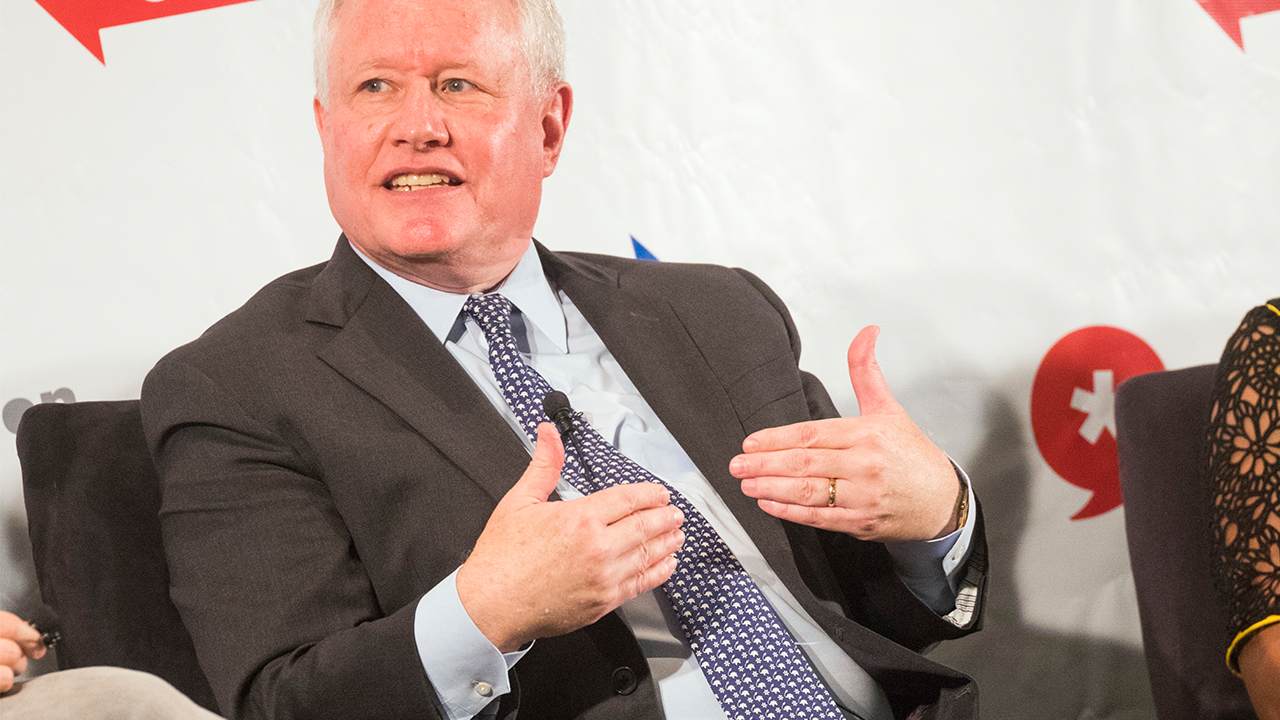 Hi, everybody! We are back on the "Stream of Kurtiousness"! Here I am, I am about to embark on my new "CPAC II: Electric Boogaloo" adventure. I'm heading off to Dallas, so you guys can check me out. I have a panel on Saturday morning with Jason Chaffetz and Congressman Ronny Jackson, who used to be the White House doctor. I've got some questions to ask, like: "Is he senile? Yeah, he's senile, right?" So those are two of the questions I'm sure I'll be asking him. I may ask Chaffetz, too, I don't know if he's a doctor, but he can tell when a guy's drooling on his shawl as he watches "Murder She Wrote" while sipping from his bowl of gruel. Anyway, enough about President *.

I can't stand the cruise ship conservatives. You know, I have a lot of proud achievements in my life. There's a saber that my troops gave me when I was squadron commander. I have some honors. But I think that my greatest achievement, my proudest moment, was coming up with the cruise ship emoji to symbolize and encapsulate sexually dysfunctional Never Trump losers. These invertebrate sissies are pathetic weasels, and these are the guys who would say, "Come on The Weekly Standard Cruise! We're going to gather on the lido deck, and Ramesh Ponnuru is going to talk about health care reform! Woooooo!" I'd literally rather take $6 a gallon gasoline, pour it on myself, and light a match rather than listen to that hideous hellscape and have to deal with a bunch of Zima-twilling twerps on the Loser Boat. I'd save the Love Boat, but no one will ever love any of them.

I was thinking about them again as my dog took a dump, and then later I was thinking of them when I looked at Twitter, and I saw a couple of things.

The first thing was Jonah Goldberg, yeah, him. Remember him? He used to matter, but he doesn't now. And why doesn't he matter? Because he sucks. Here's the thing with him. After Tucker Carlson said, "the NSA has been stealing my mail," essentially, "hacking into my comms," Goldberg said, "No, the NSA is not doing that." And, of course, we know that the NSA, in fact, was doing it and did leak it to the press. And, of course, everyone was saying, "Hey, Jonah! Jonah! Look, look right here! Remember what you said? That's what you said! God, you're stupid. No one will ever love you!"

People say that a lot about these Never Trump guys.

So, of course, what did Jonah Goldberg do? Well, I mean, he could have watched Star Trek again, or he could have had a long column about whether a hot dog is a taco or not, or could have hung out with his friends, just kidding; he doesn't have any! No, what he did was tweet back, "I was right. I was absolutely right." No, no, no, you weren't. You were very, very wrong. There's no accountability for these guys.

These Never Trump sissies get a lot of support and enabling for their loser monologues, loser columns, and their unread blogs. Whoever here has read The Bulwark? I didn't. I have not. I have never read The Bulwark. I have never read The Dispatch. I read The Weekly Standard until I said, "You suck," and then I stopped. But they get a lot of attention; they get their MSNBCNN hits because they're willing to come up and dance for quarters. They're like the organ grinder's monkey. And the liberals are grinding their organs, particularly Jeffrey Toobin, and you have guys like Jonah Golberg, and he's wearing a little cap and vest, and he's dancing, "What do you want to see, throw a quarter at me, I'll dance to whatever tune you sing." They suck.

Again, I want to emphasize this because I think it's important, no one loves.

There's no real fallout except our mockery for this. It's not like some booker on MSNBC is going to say, "Jonah, I can't have you on. You've embarrassed yourself too many times with your terrible, terrible takes and your wrong, wrong opinions."

Remember Dick Morris? The guy who was into shrimping, which is kind of a foot fetish thing, which is probably more action than any of The Bulwark guys have ever gotten, but we're going to leave that there. Morris came on, and he predicted, "Romney's going to win!" And Romney didn't, and you never saw him again on Fox. I mean, just humiliated. Chris Stirewalt, "I'm calling Arizona early!" Gone. Those guys have accountability. Guys like Goldberg? No, he doesn't have any accountability. None at all. So he just keeps going and going.

There's no audience on the Right for him. These are the pseudo-conservatives that the liberals want to hear from. They are the guys who are "the sensible ones," which means they're the "safe ones." They are the friend-zone Republicans. They're never going to make it happen. It's never going to be nothing, and they're always going to be sitting there while the liberal goes out with the studly jock. I know I'm mixing a lot of metaphors there, kind of a "Pretty in Pink" John Hughes thing, but you know the direction I'm taking, and I think you're with me. If you're not with me, you should catch up, and you should just go with the flow.

Speaking of heavy flow, David French. The most aptly named human being on earth. David French, he used to be a man at one time, I was told. I don't know, and I'm not going to attempt to gender him. But now he has gone full woke. He writes in The New York Times about how important it is to not fight against Critical Race Theory (CRT). I just saw a tweet not long ago where he basically says, "You know, the 1619 Project brings up a lot of good points about my personal white privilege."

Look, no one is whiter than David French. Compared to him, Mitt Romney is ethnic. The guy is, I mean, holy cow, he doesn't get out of the shower to pee. That's how white he is.

It's so weird and pathetic to see guys like this again doing the little organ monkey dance. What are you doing? See, my problem, and your problem, we all have a problem that the Goldbergs, and the Charlie Sykes', and God, the Jim Swifts (he has a number of problems), and the David Frenches, we have a problem they don't have.

We have dignity. We have self-respect. We can't just humiliate ourselves for a few pennies as they do from the liberal guys who subsidized them. I call it sad, and I guess it would be sad if I cared enough about them to feel bad about their degradation, but I don't. In fact, I kind of celebrate it because we have to set examples. We have to set examples for people who are stupid.

Being stupid is a choice, and it should be a choice that comes with pain. We should not allow it or enable it. We should fight back at every moment. We should strike back. We should make it have a price to suck.

Now, the price is mockery. They're going to become a joke. They're going to get on a panel on MSNBC. I mean, we'll never see it, they'll get a panel on CNN (I guess I'm going to the airport tomorrow; I might catch a minute or two of it), but that's it. That's their influence. And they can sit there, and they can pretend it still mattered.

Here's what happened about 15 years ago. Bush is still in the White House, and Bill Kristol could pick up the phone, and he could get somebody on the line, "Bill Kristol!? Quick! Somebody take it! Hi, Mr. Kristol of The Weekly Standard, how are you?"

Today, with us, with the actual conservatives, ones who aren't into performance art failure, ones who aren't doing a kabuki dance of defeat, the ones who actually demand that something be conserved in conservatism, that we actually win something instead of managed decline gracefully and lose like gentlemen, we don't take their calls anymore.

"Bill Kristol? Huh... I loved you in 'City Slickers!' ... oh, that's Billy Crystal. Billy Crystal ... Okay ... Umm, I don't know who you are. Anybody know who Bill Kristol is? What? ... Oh, that guy sucks! ... You suck, man. I just found out who you are. You suck, man. You were at The Weekly Standard. You took a magazine that had lots of subscribers, and you sank it like the freakin' Titanic. Okay? Your heart will not go on. ... Yeah, I'm the iceberg, man. Conservatism's the iceberg. You ran right into it. You suck, goodbye, don't call again, lose my number.

So, what did we learn today?

We've learned that there is a certain element of the pseudo-conservative spectrum (it's way over to the left of it) that really, really, wants attention. We should give them attention. It should be in the form of contempt and mockery because there has to be a price for betrayal, people.

There has to be a price for the casual treason of people we trusted, people we relied on, people we read, who, when it became hard, when it became inconvenient, when they found out that people were actually demanding people accomplish something instead of Toobining all over the place in a giant onanistic festival, said: "Well, as Burke might have put, we've got to give in on this issue."

I wish, I hope, that I can be part of generating a meme that disrespects them as effectively as Brian Stelter is a potato. Thank you. That's the "Stream of Kurtiousness" from Kurt Schlichter.

Listen up, guys. You need to follow me on Twitter. You know where that is. Go to my Locals page. I'm going to be releasing very soon (for members only, just like my jackets) the cover for the new Kelly Turnbull novel, which is called "The Split." Guys, I have the draft done, and it's coming out on July 22. It is amazing. Definitely check out all my Townhall stuff, Monday, Wednesday, and Thursday, and I hope to do my podcast from Dallas, where "CPAC II: The Quickening" is going down. So anyway, that's a very long, and very involved, and very cruel "Stream of Kurtiousness." I hope you enjoyed it. Adios.