Letting Hunter Biden Off Is A Message To Us Peasants

Kurt Schlichter
|
Posted: Apr 12, 2021 12:01 AM
Share   Tweet
The opinions expressed by columnists are their own and do not necessarily represent the views of Townhall.com. 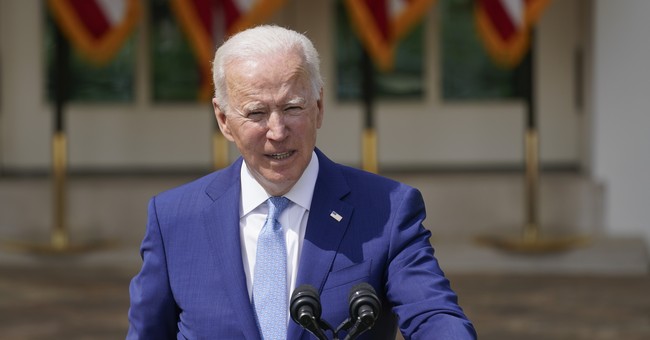 The fact that the loser spawn of Grandpa Badfinger is thumbing his coke-caked nose at the justice system represents not merely the tacky machinations of a crusty pol protecting the family Fredo. It has a deeper and more cynical purpose – to show us that our overlords are unaccountable and that the law is now merely another implement in the regime’s toolkit of oppression. They are telling us that they and their scumbag progeny can do whatever they want, but that we can’t.

In the short term, this is infuriating. In the long term, it could bring down the system our garbage ruling caste inherited.

They are throwing it in our faces, thinking it’s a good plan to force us to submit. Right now, hundreds of Americans are being prosecuted for trespassing inside their own Capitol building, and eager agents of the American Stasi are salivating at the idea of charging them with “sedition” for doing exactly what hordes of leftist dirtbags did in the past. Of course, none of the leftist dirtbags were shot dead while unarmed by some cop whose name we still don’t know. That’s another message. If you are a petty criminal dying of a self-inflicted fentanyl overdose while you resist arrest, we’ll know the name of the cop unlucky enough to be the guy arresting you when you expired. But cap an unarmed female vet for climbing through a window? Shhhh. That’s a secret.

President Asterisk came out and announced that his administration was going to be cracking down on those terrible gun people even as his Snortunate Son got a pass for lying about his drug addiction on his background check. Think you would catch a break? Maybe if you were in a blue big city – weirdly (okay, not weirdly – by design) the inhabitants of Democrat petri dishes don’t get charged for this kind of gun crime.

It’s more than just helping out a relative or catering to commie voters. It’s a demonstration of power. They can make the rules and break the rules, or break the rules over their enemies’ heads.

You are their enemy. The law is not designed to stop crime or save lives but to create another way to keep you in line, frightened and defenseless.

This dual track justice system is nothing new – it’s been going on for a while. We saw it with Felonia Milhous von Pantsuit, whose classified info antics would have sent any of us off for a stretch in the stony lonesome. Not her. She didn’t miss a single goblet of her screw-top Trader Joe’s chardonnay. Those of us who handled classified info understand at a gut level just how appalling this whole thing was. There’s no leeway for people like us, no bending over backwards and then around again into a knot to explain the crimes away when a peasant screws up, even by a simple oversight. But she is special. She did it on purpose, got caught, and all the best and the brightest made sure she skated.

Again, it’s not merely that she’s connected and she called in some favors. There’s a method to their mendacity. They want us to know that the law is but a weapon to be used against you if you step out of line.

Andrew Cuomo was taking liberties with lib girls (who pretended to be astonished that he acted just like every other lib potentate) when he wasn’t taking thousands of lives of old people killed in COVID hotboxes. He’ll walk. You wouldn’t.

DC teen sociopaths kill a hardworking guy while stealing his car. They got a deal. You wouldn’t.

But a patriot comes to Washington and walks through the Rotunda – lock him up forever!

Yet when some BLM/Antifa pustule tries to set fire to a federal courthouse? Case dismissed – for him, her, or whatever its nonbinary pronoun is this week.

Gee, maybe our intrepid, licensed, registered regime journalists will call out this outrageous corruption. Oh right, no they won’t. In fact, instead of being attracted to this reeking pile of corruption that was just begging for exposure, the media grown-up maggots instead went and started buzzing around Ron DeSantis.

Does anyone imagine that if Don Jr. had been a meth-mouthed pervert who got kicked out of the Navy on his first day for drugs and who had filled out a false background check for a gun that this would not have been the first question to President Trump? Did it even get brought up to *, much less in any of Huffer Biden’s interviews for his new zillion-dollar book, “My Ghostwriter Wrote This So My Loser Family Could Get Yet Another Laundered Pay-Off?”

Surely you jest. I just hope he had the class to buy the swooning reporters dinner first and to wear protection.

So, the prosecutors won’t prosecute and the reporters won’t report, though they’ll all babble endlessly about the importance of our sacred institutions even as they set them aflame. This is unsustainable. What will we citizens do?

First, they’ll vote for harder and harder core right wingers. Self-preservation will require pummelers over policy wonks. Thought Trump was a monster? Get a load of what’s coming. The time of such puff-people as Asa! And Kristi! And Nikki! is ending. We’ll demand Genghis Khan. And we’ll get him.

Then look for us to do the same when we get back in power. Hey, new rules, as well as self-preservation. But do two wrongs make a right? Probably not, but just try explaining how this stuff suddenly stopped being okay when we start doing it back at them. Good luck with that.

And look for citizens on juries to go through jury selection nodding about how they will follow the judge’s instructions and deliberate and all that good stuff and then nullify the hell out of whatever the DoJ puts in front of them. This is why they are so eager to get cases in Democrat enclaves like DC – they are terrified that normal Americans in normal America will refuse to convict.

Now, the bow-tied virgin Fredocon corps will cry about this, and for once they are partially right. A justice system in shambles is not what any of us should want, but it is inevitable when one side tries to use it as its cudgel against the other side. And the reaction of the oppressed is equally inevitable. It’s not a matter of “principle” – perhaps fighting the politicization of justice instead of flaking for transexual story time might have been a better plan – but of human nature. We see the system has no clothes, and we will not compliment its outfit. Instead, we’ll mock its shriveled genitals.

The liberal establishment has succumbed to the temptation to rely on power instead of the law impartially and fairly applied. It further imagines, since our ruling caste is historically illiterate and totally ignorant of human, much less American, nature, that it can flaunt this unfairness and to intimidate us with it. Hitler thought he could bomb the Brits and butcher the Russians into submission. But it just made them madder, and in the end he blew his miserable brains out in a dingy cave.

We will not be bullied into serfdom. If power is the currency, we normal Americans have plenty of cash. Our failed elite would be wise to not encourage a spending spree.

With a sixth Kelly Turnbull conservative action novel The Split coming out next month, catch up with People's Republic and my four other novels about what happens when America splits into red and blue countries, Indian Country, Wildfire, Collapse and  Crisis.