The Silent Majority Isn’t So Silent, If You Just Listen

Kurt Schlichter
|
Posted: Sep 09, 2020 12:01 AM
Share   Tweet
The opinions expressed by columnists are their own and do not necessarily represent the views of Townhall.com. 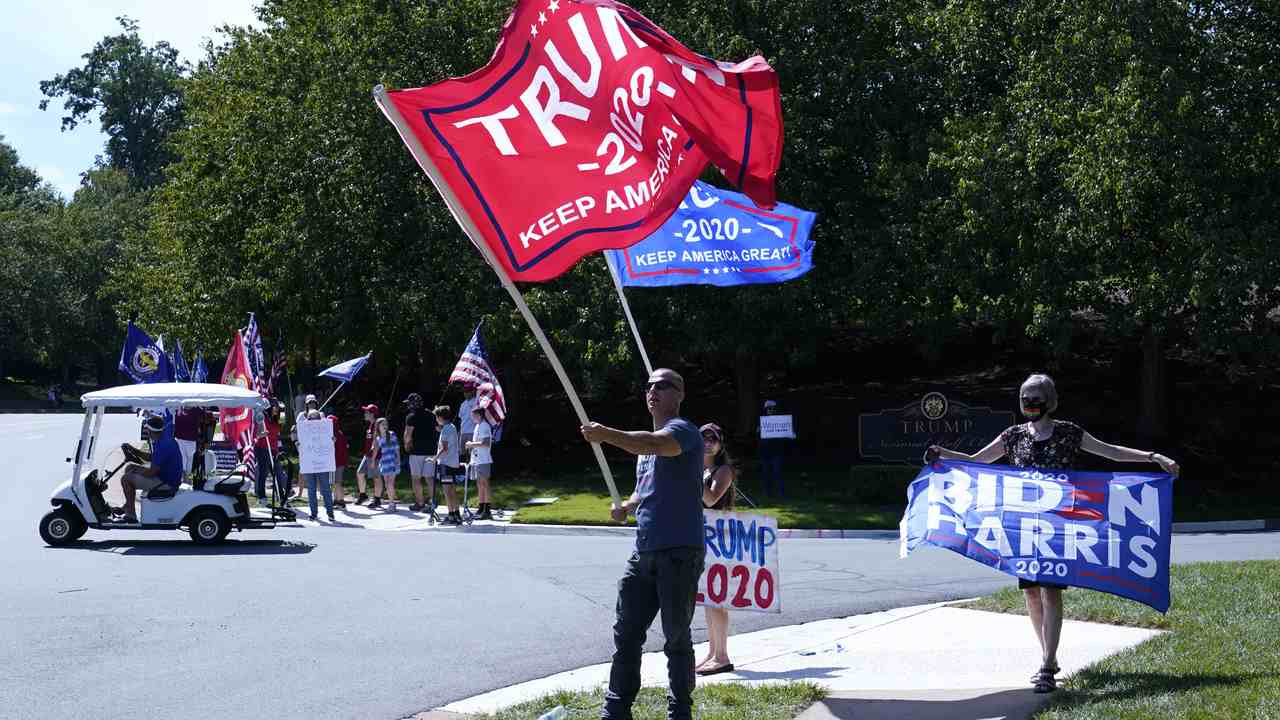 There’s a reason the Silent Majority is silent. Actually, there are several. For one thing, they have jobs. For another, they don’t want some waddling pus bag to key their Ford Expedition for displaying a “TRUMP 2020” sticker. But if you know what to look for, you can see the secret signals that tell you someone is a conservative…

Also, what is going to be the big lie for the day this column comes out? I’ve got some guesses…

It can be ugly if you dare publicly express support for the President. I get all sorts of threats and abuse and frankly feed on their hate, but most people just don’t need the grief. Moreover, they generally feel no particular need to shove their own political views down anyone else’s craw. So they don’t.

I live in Ted Lieu’s district, and yes – it’s just as full of liberal ninnies as you might think. The Starbucks are full of unsatisfied suburban wives carrying copies of White Fragility around as a way to fill the emptiness of their lives. It’s a wealthy area, and only rich people can afford to be so dumb and frivolous. But there are no Biden signs, or almost none. There’s, like, one. If Jeb! was low energy, Joe! is no energy.

And there is one Trump sign. I just saw it a week ago, on a house, there outstretching a middle finger to the pinkos, commies, and assorted hippies that infest the beach cities. But a lot more than this one guy who chose to draw fire support Trump. They just keep it quiet until they are sure it is cool to reveal their secret.

So how can you determine if someone is a silent Trump supporter?

The American flag seems to be one giveaway. There are a lot more out lately. It seems to be a clear tell – if you like America, you like Trump. If you think America is a racist nightmare of racism, well, you’re probably down with Grandpa Badfinger and not likely to be flying Old Glory.

Another is having a truck. People with trucks seem to be more practical, down to earth, and less pathetically weak than people driving, say, a Prius. Note that if you drive a BMW you are all man.

A military sticker on your vehicle, like “Army Paratrooper” or the like, is a good indicator. Libs like to pretend to care about the troops, but they don’t actually know any. Yet there are exceptions. I bet Ted Lieu has a “Proud Air Force JAG” on his sissy Volvo. That’s the military equivalent of a concert t-shirt celebrating Nickelback’s latest tour.

Sometimes you just meet people and you need to assess their conservative wokeness. Conservative males tend to look like they do push-ups; Biden-voting males look like they do crafts and often try to tell you about their Etsy store. Attractive women tend to be conservative. Nasty, bitter crones tend to be liberal, as that brand of daddy-hating feminism seems to cause physical deterioration. The husbands of these vicious shrews are likely secret Trump voters, but don’t tell their wives (“I’m not his wife! I am not a possession!”).

Tattoos can be an indicator too. I’m not down with body mods, but those kooky kids are and you can use them to distinguish lib from American. The Biden supporter will have some wussy slogan like “Just breathe” or “I feel so many feelings” etched into their puny arms. A con will have something like “DEATH FROM ABOVE” with an eagle firing a minigun at an ayatollah chiseled into her ripped bicep. And conservative men’s tats are really butch.

So, if you are like me and trapped behind enemy lines, look for those subtle signs and signals and you can be assured you are not alone.

Obviously, I write these in advance, and in this case I’m doing it on Labor Day as a break from writing my fifth dystopian conservative action novel (go check them out below). So, this column will drop in about 36 hours. In that time, who knows what the new Big Lie is going to be? I guess I should get together a proposal for Regnery titled The Next 21 Biggest Lies about Donald Trump (and You!): The Revenge.

The “Trump hates the vets” lie went nowhere. Despite four anonymous sources assuring the reporters that their manifest lies – often contradicting official documents – were totally 100% truthful, a dozen actual people came out and – gasp! – went on the record using their real names, which apparently still sometimes happens, to call bull-Schiff on the slanders. Even Bolton scraped the claims off of his Guccis on the curb. Then, of course, there were the devil dogs that didn’t bark – the libs were aching for Marine generals Mattis and Kelly to come out and say it was all true and…nope.

So, that whole thing went about as well as a Bulwark staffer’s wedding night. Now they need a new lie.

They are kind of toying with “Trump thinks Christians are stupid.” There’s the old tried-and-true “Trump hates black people,” but it’s not selling really well since Michael Cohen’s behind it. Look for a “Trump thinks women shouldn’t be allowed to vote!” narrative, though it was Trump who pardoned Susan B. Anthony over the Dems’ objections. They could roll the dice on “Trump likes pedos,” but Democrats (including the ones in California who just essentially gave child molesting a big thumbs-up) really own the perversion brand.

How about going back to “Trump is causing the riots”? Leave it to those Republicans to torch a bowling alley while chanting “Death to America.” Maybe they will accuse him of supporting the guy who shot three leftist criminals, including a pedo (sensing a theme?), in self-defense.

Well, I sure hope that one turns out to be true.

Get my new non-fiction book The 21 Biggest Lies about Donald Trump (and You!), and my soon-to-be-nonfiction series of best-selling novels, People's Republic, Indian Country, Wildfire, and Collapse. My super-secret email address is kurt.schlichter@townhall.com.