How Long Will Hardworking, Traditional Americans Take This Crap?

Kurt Schlichter
|
Posted: Jul 29, 2020 12:01 AM
Share   Tweet
The opinions expressed by columnists are their own and do not necessarily represent the views of Townhall.com. 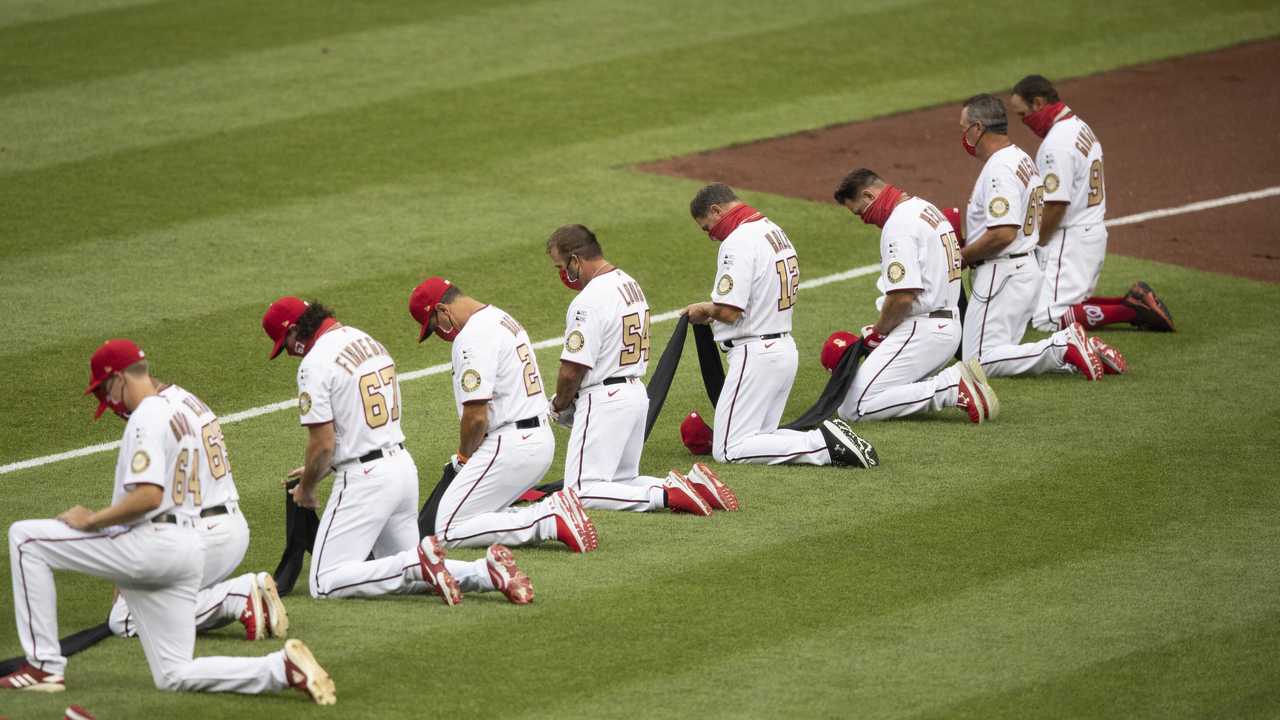 This week in our VIP journey, we’ll cover the insanely stupid decision of major league baseball to commit an unforced error by insulting and driving away its core audience. We’ll also revisit Grandpa Badfinger, the burger wars, and declare the defeat of the evil forces hot dogism and the Sloppy Joe heresy.

Batter up, Audience Out

I wonder what the thought process was for major league baseball to decide it was going to tick off its already irritated audience by going for woke. Perhaps these geniuses made the mistake of thinking that the pinkos on ESPN represent the core of its fandom and that the hardworking, traditional Americans who just want to plop down on the couch after a hard day of working and watch grown men play a children’s game for tens of millions of dollars yearn for the braying of woke jerks telling them that they and their country are racist.

I believe they are mis-assessing their core fan base.

Personally, I find sports to be the root canal of entertainment, but lots of people I know love watching pro and college athletics, and the vast majority are just done with it. You kneel, they walk.

I guest hosted The Hugh Hewitt Show last week – that’s a story in and of itself, but suffice it to say I ended up singing about Joe Biden being Oldfinger* – and I took calls on it. Sure, the audience is self-selecting, and only one guy was not ready to punt baseball.

Baseball has punting, right? Or is that bunting? This is not the K-Dawg’s wheelhouse, people.

The one dissenting gentleman, a very nice and sincere guy who was also a veteran, told me he had no issue with kneeling. He told me he did not see it as disrespectful to the flag and the country, and I tend to believe him when he says that. Others, not so much – they totally hate America.

I pointed out that regardless of how he felt, I and others feel it is extremely disrespectful and asked why, in light of our feelings, they did not find a different way to protest. After all, whether they intend it or not (though I think most do), we are insulted – they absolutely know this is the one way out of thousands of protest options that they will infuriate us. And isn’t giving offense the big sin? We’re supposed to be on tip-toes in the faux pas minefield yet they get to call in airstrikes on us?

He seemed puzzled, in the sense that it never seems to occur to the protestors that maybe other people have some heavy feelz too. He conceded that perhaps they might be able to find a way to make their point without insulting us.

Like so many other institutions, 100-year-old-plus professional baseball is exhausted and was already being buffeted by technological and other currents that will force it to change. Compound that with a pandemic that is accelerating these trends plus the fact that its leadership – like the liberal leadership of most of our institutions – is utterly incompetent and unable to not squander its cultural inheritance and you get a self-destructive decision like this. Yeah, the owners and management will remain welcome at all the right parties, but they’ve hamstrung their golden goose. Judging by the vehemence of the anger I’ve seen among the fans I’ve talked to, these folks are not coming back.

This guilt garbage is all a lie, and they are sick of being lied to, as I observe in my new book, The 21 Biggest Lies About Donald Trump (and You!). See, if you are selling something like baseball, which is a hobby and a habit, and people figure out they have other options and discover they don’t miss it that much when it’s gone, you have a problem. People are going to take the not-inconsequential money and time they are saving not doing baseball and put it elsewhere. And the game will never be the same.

Oh well, everything dies eventually. It’s just that it’s weird to see people strike themselves out.

He's the candidate with the leftist touch

Such a bad finger

Beckons you to enter his web of grope

But don’t give him your vote….

I got a lot of support about my indisputably correct take on burgers and its ne’er do well relations, hot dogs and Sloppy Joe's. I also had some wrong people stick up for the lowly and inedible hot dog. No one bothered to defend Sloppy Joe’s, as that atrocity is indefensible.

Note that Irina loves hot dogs and insisted Sloppy Joe’s are delicious. This terrible take is her greatest flaw outside her taste in men.

Sandra agrees, “My husband, by the way, disagrees with both you and me on Sloppy Joes.  But we don't eat any of those here.”

Thomas concurs: “On to hamburgers - very well stated about hot dogs and mushy Joes, both are nasty.” So goes Mark: “Yes, hot dogs are trash (although the Kosher ones would be OK to survive while shipwrecked on a tropical island as they contain no snouts, hooves, or Ted Lieus J)…. Oh, and agree with you on sloppy joes. I stopped liking them in 1st grade.  They were our school’s ‘goto meal’ when the cafeteria ladies got lazy. Yuck.”

Rex asks if my hot dog proscription applies to other meat sack foods: “Not even frankfurters and Brats with that real intestine skin that ‘pops’ when you bite into it?” It’s unclear why he believes that to be a selling point.

Now that we have established beyond any doubt the perfection of the burger as an entrée – no one tried to argue that a burger was inferior to anything – we can move forward. Next week I shall discuss exactly how a burger should be made as well as allowable variations, notably the patty melt. Some readers already started giving their input. Alex says, “I use 50% beef and 50% venison from my hunting kills with a little bacon fat mixed in, best burgers ever.” Brendan points out the Balkan burger pain he experienced:

My wife is from Bosnia (I believe you’ve been there). Bosnians believe in corrupting burgers with weird foreign objects. For instance, my mother in law took a high quality 95% lean burger and cooked it in oil. It swelled up to twice it’s normal size and was like eating fried Crisco. Since that was basically what it was.

In Bosnia proper my kids could never find a burger that didn’t have some weird sauce adulterating it, making it basically inedible.

Feel free to utilize my super-secret email below to provide your input, though I reserve the right to pronounce judgment since I am the Burgermeister.

Grab a copy of my just-released Regnery non-fiction book, The 21 Biggest Lies About Donald Trump (and You!). It’s how a patriot owns the libs.

Sarah Arnold
During FBI Ransacking of Mar-a-Lago, Feds Took Doc That Were Protected by Attorney-Client Privilege
Matt Vespa
Joe Biden Proves Once Again Why He Isn't Fit to be President
Sarah Arnold
Here's the Person Who Got Left Off the Passenger Manifest on Pelosi's Taiwan Trip
Matt Vespa
Texas is Taking Donations to Bus Illegals to D.C. and NYC
Sarah Arnold
CARTOONS | Steve Breen
View Cartoon
Most Popular